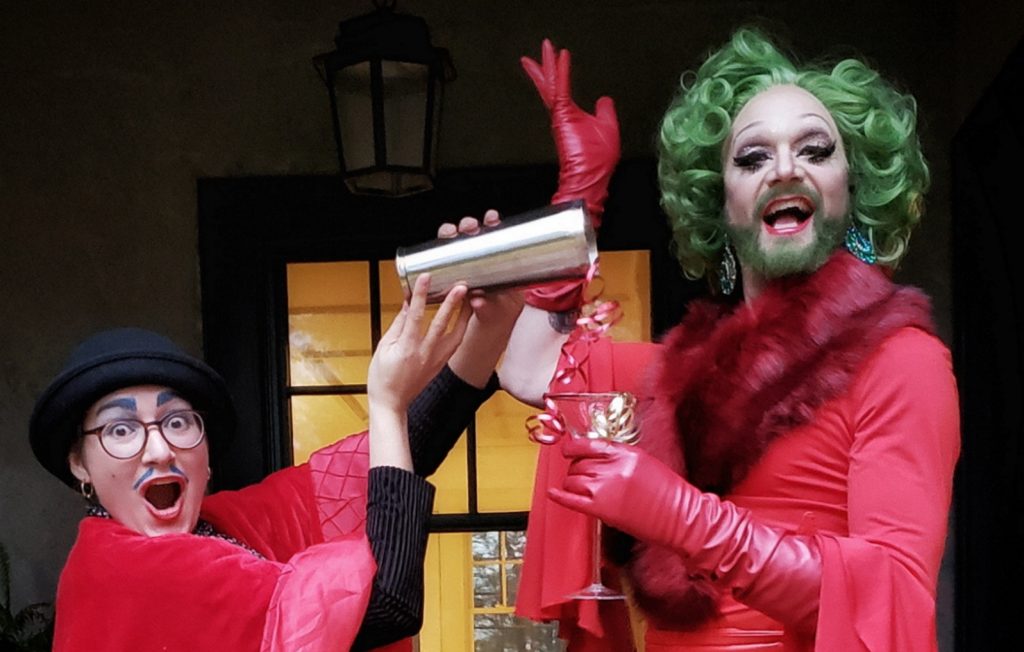 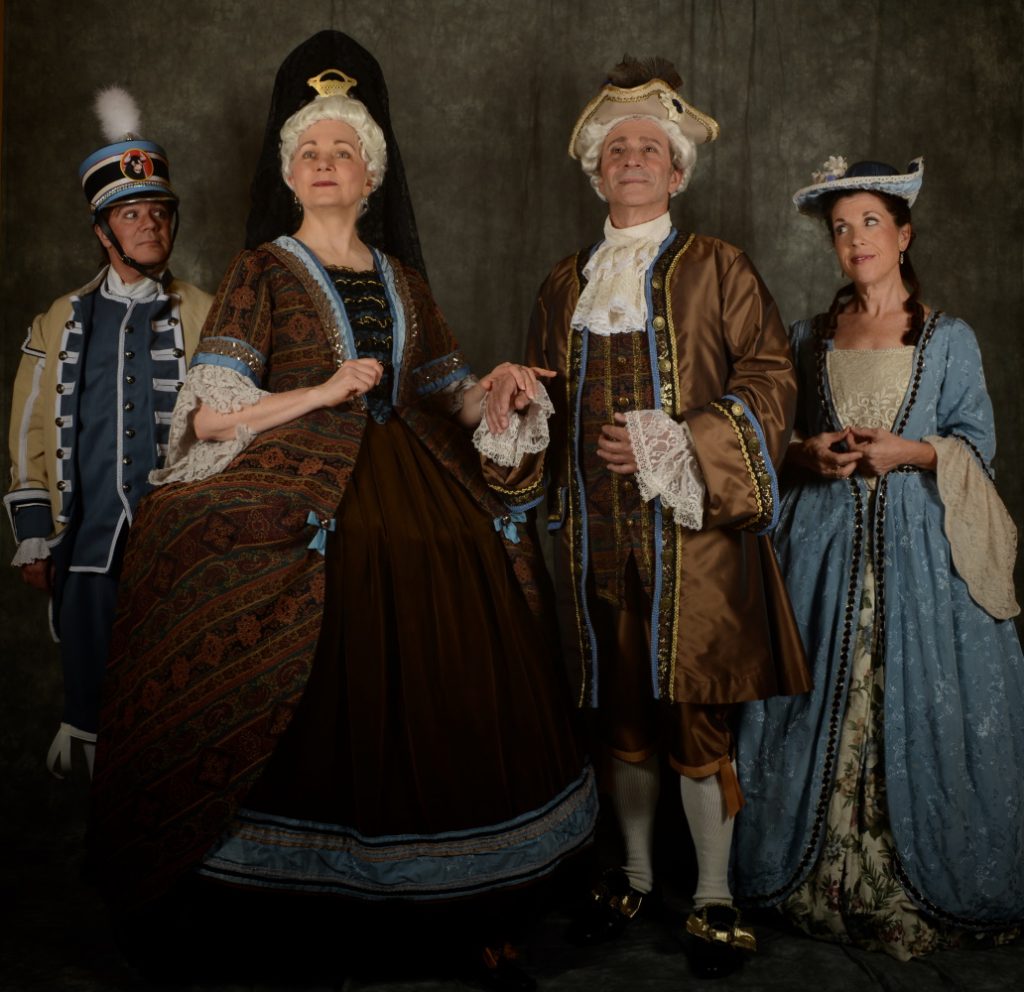 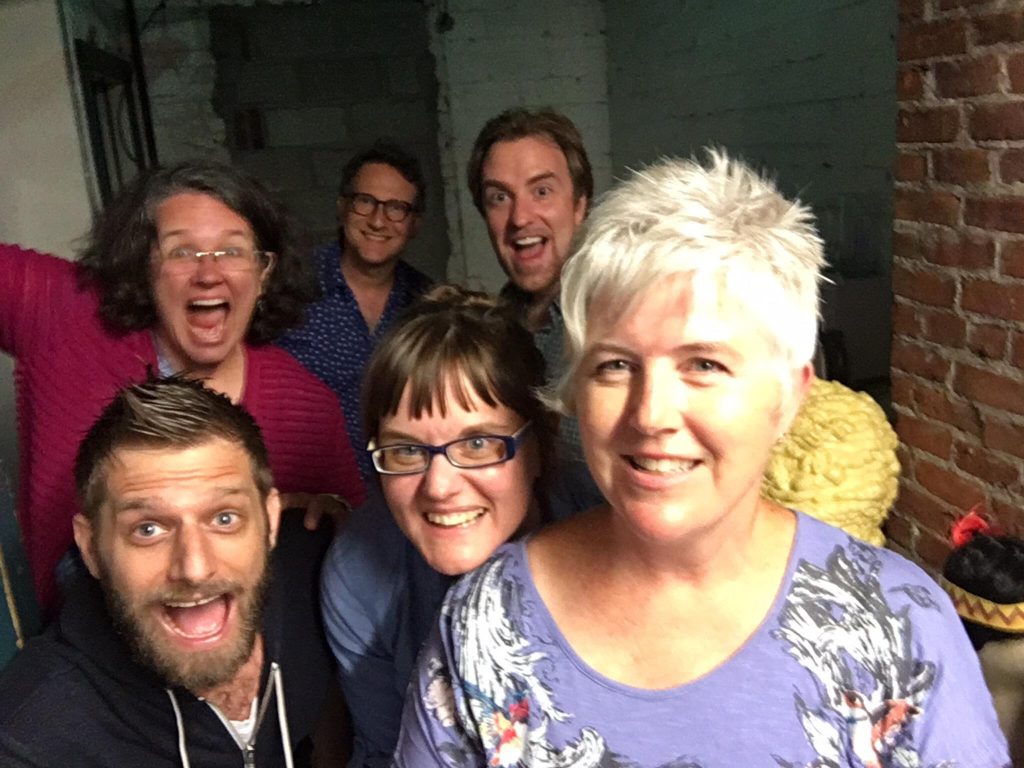 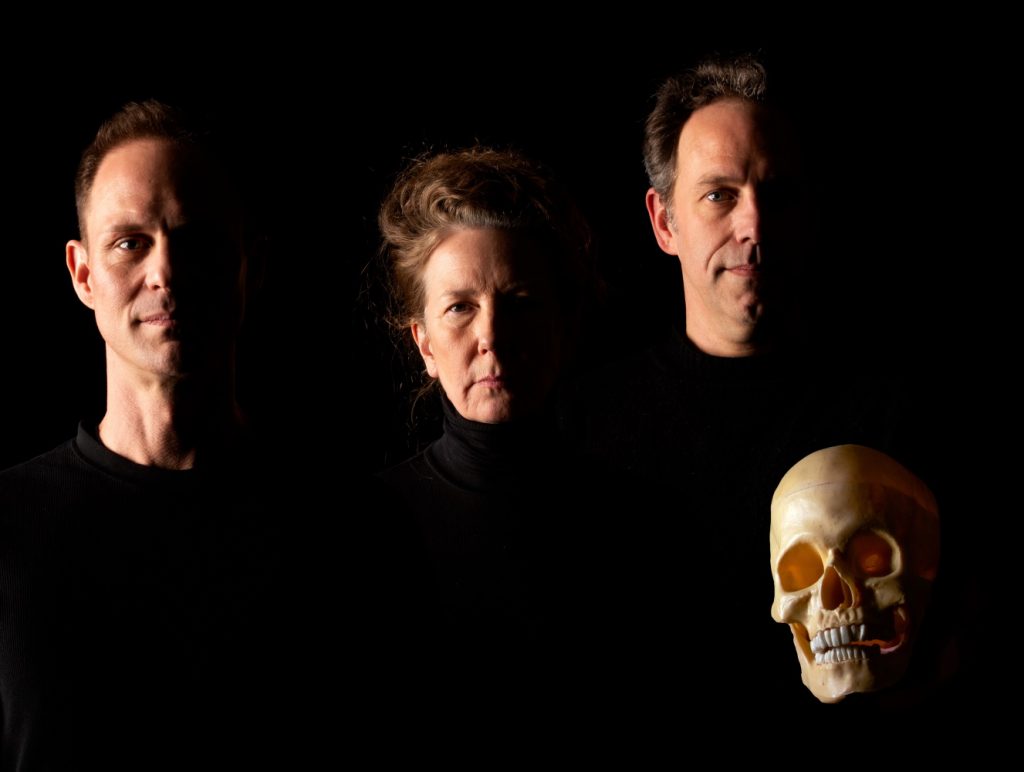 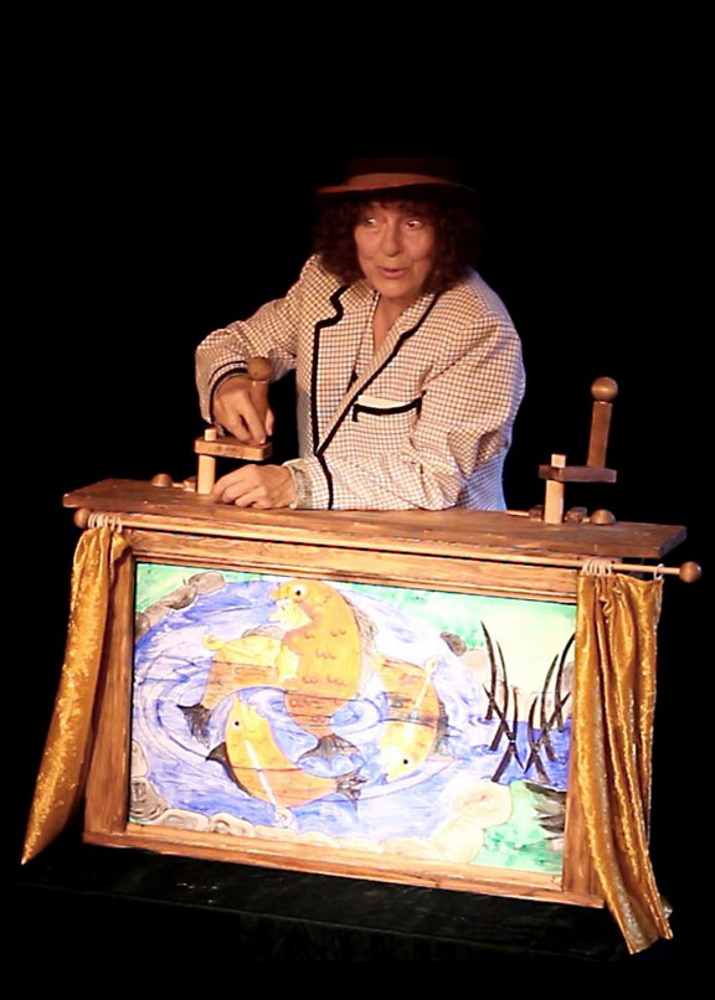 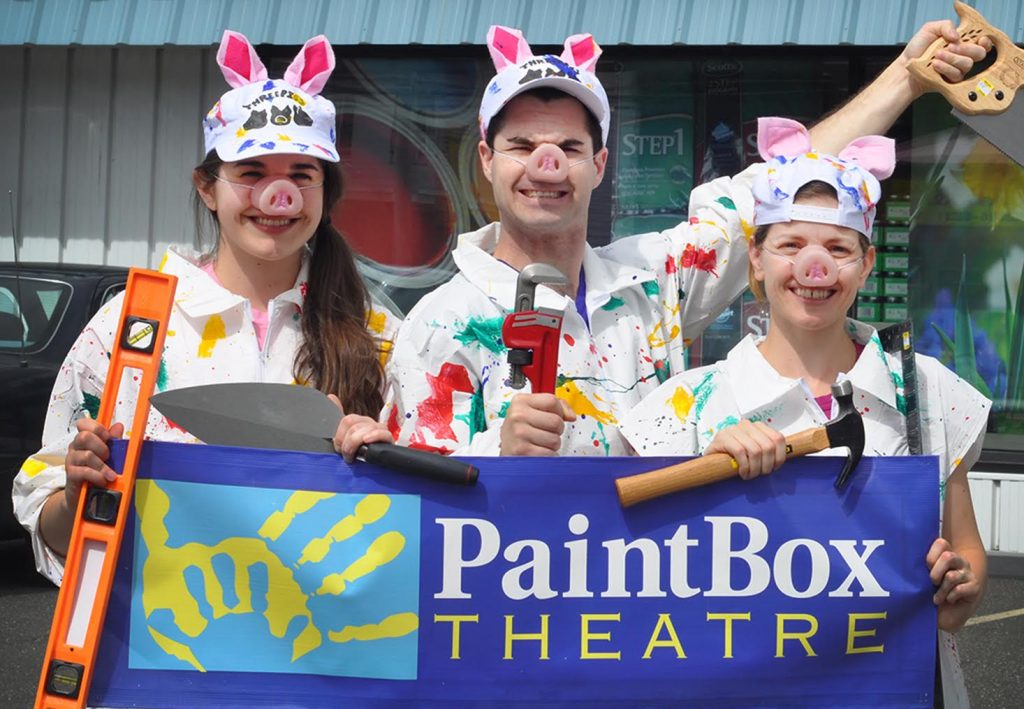 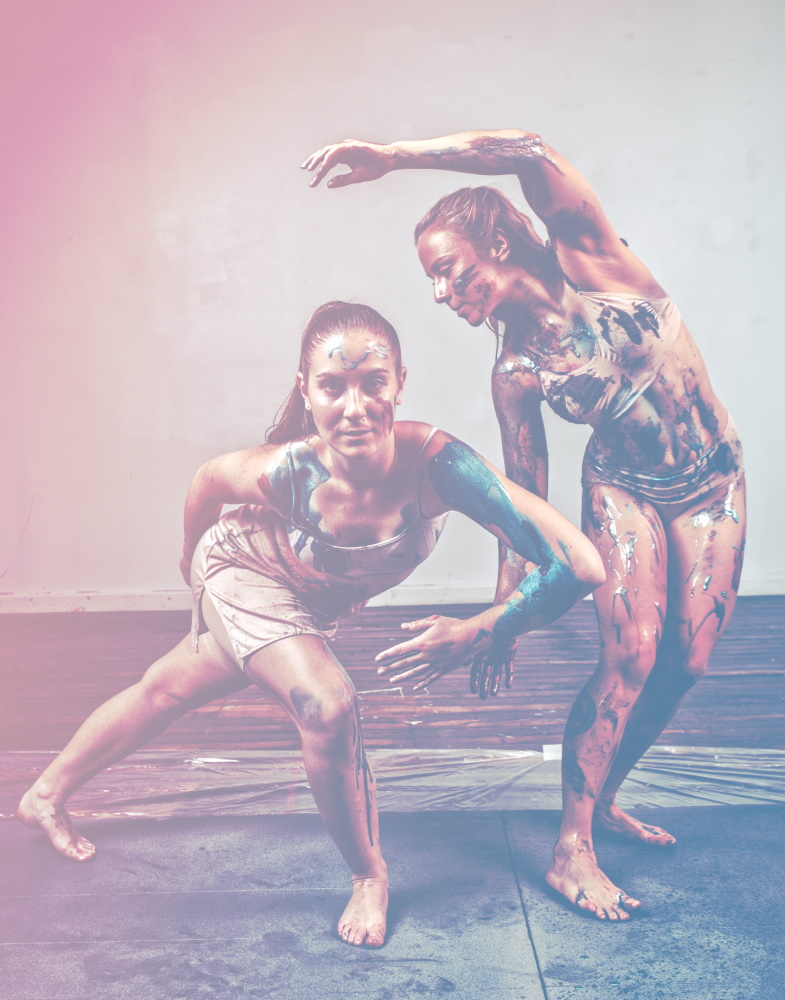 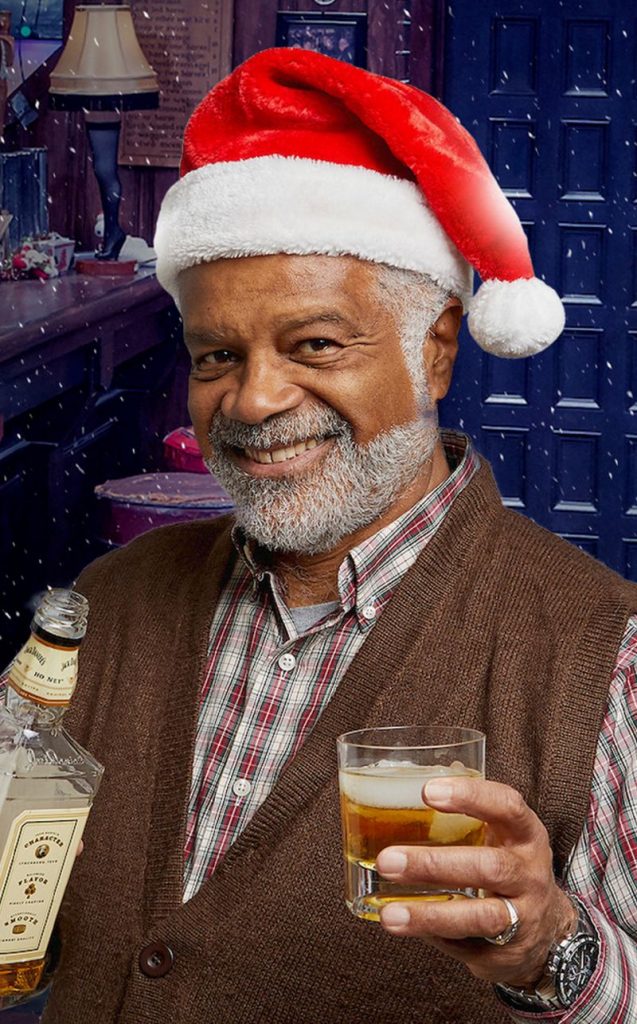 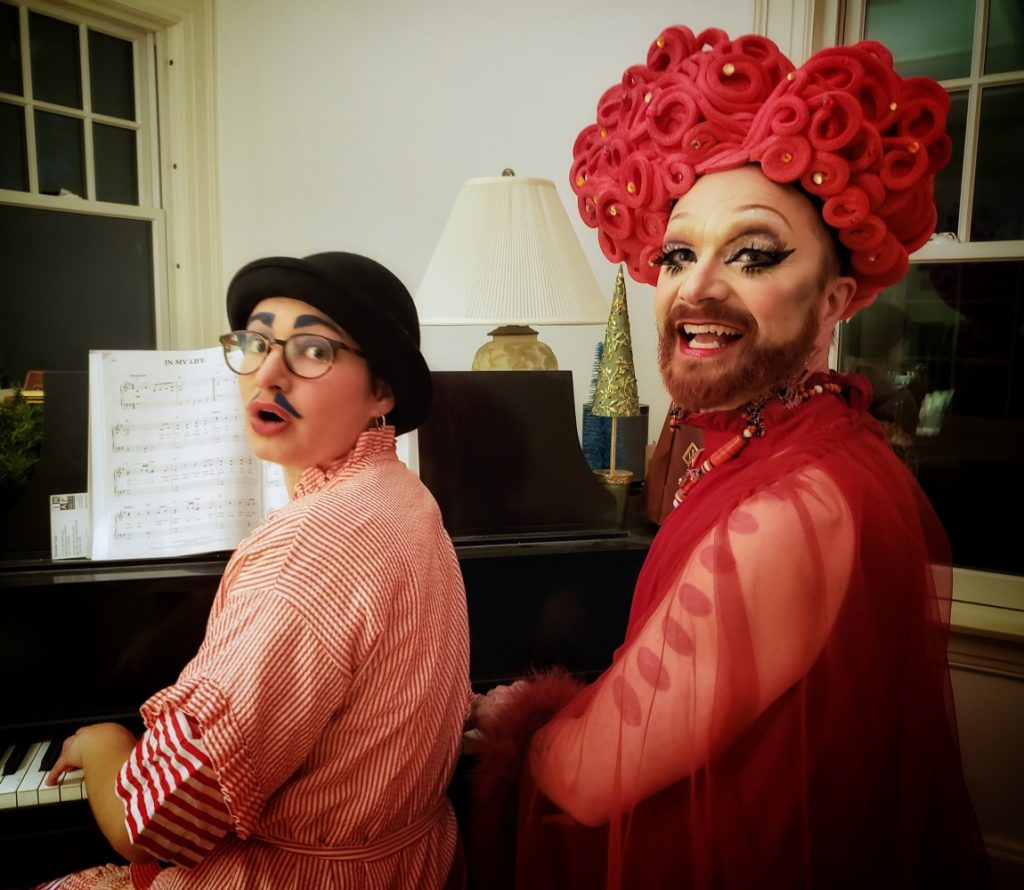 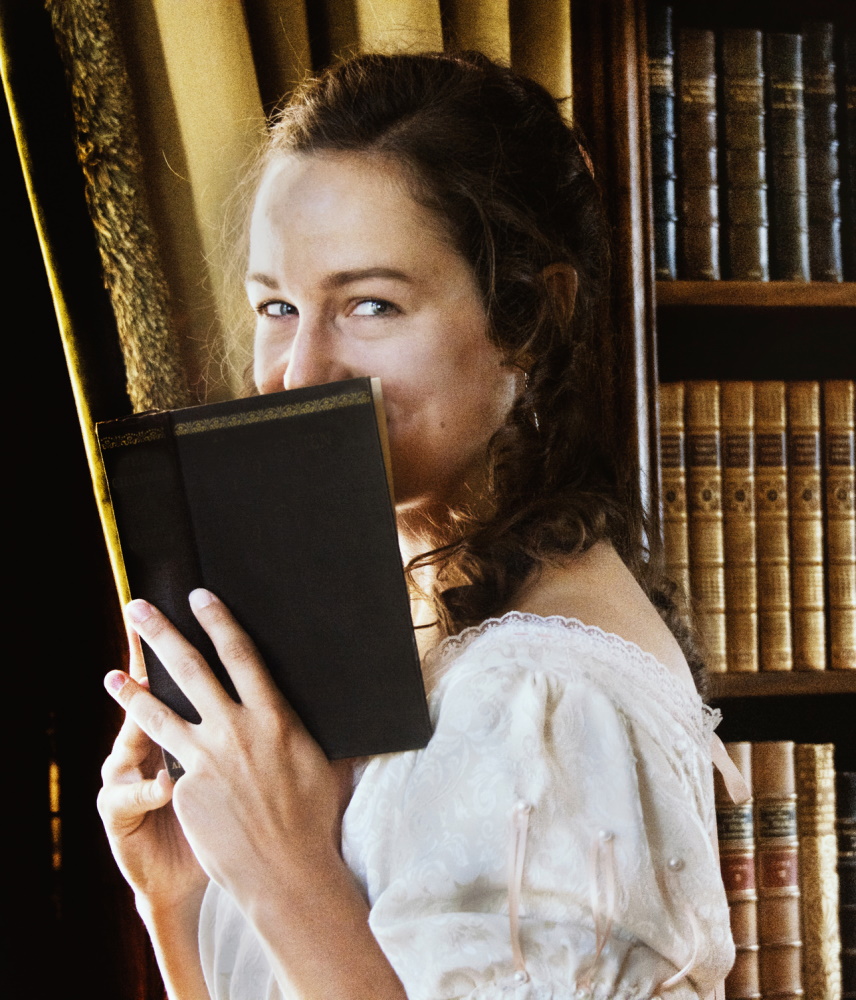 Last week I previewed some area productions of those holiday stalwarts A Christmas Carol and The Nutcracker. But it’s not all ghosts and sugarplums this Yuletide. Here are some alternatives for your seasonal theatergoing, tracking north to south, then making a curve to the west – think of it as a candy cane. 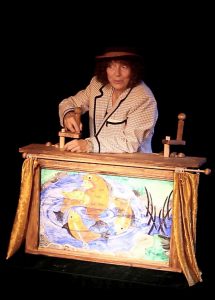 In Putney, VT, the internationally renowned Sandglass Theater hosts its annual Crankie Celebration (Dec. 7-8). Crankies are “moving panoramas,” painted onto a long paper roll inside a decorated wooden box or proscenium and scrolled with a hand crank to illustrate stories and songs. All the rage in the 1800s, crankies are enjoying a renewed vogue, feeding the nostalgic craving for low-tech, handmade entertainment. A special performance on Dec. 11th features guest artists The Lantern Sisters in a showcase of their crankie repertoire, and that weekend, Dec. 13-14, Sandglass co-founder Ines Zeller Bass offers a cranky-building and panoramic-storytelling workshop.

In Greenfield, Eggtooth Productions mounts Mr Drag and How the Grinch Stole Karl at the Shea Theater in Turners Falls (Dec. 6-7). The family-friendly drag show, “with a few jokes tucked in for adults,” stars Joe Delude II and Katherine Adler as showy Mr Drag and shy Karl, with a large supporting company of Valley favorites. 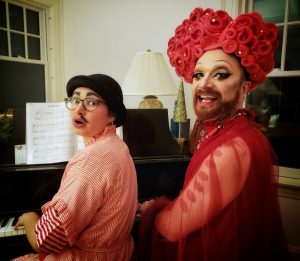 In this recasting of the beloved Dr. Seuss tale, the Grinch’s heart isn’t “two sizes too small,” he’s just lonely. There’s a vaudevillian atmosphere to the show, which Adler says serves to “distill the essence of the human spirit to create a modern interpretation that holds onto that earnestness and celebration of life in all its facets, eccentricity, sentimentality and nostalgia.”

Advent, the traditional countdown to Christmas, is summoned in Coming to Light, an “innovative, interactive, immersive” new piece by Rodney Kleber, at the Northampton Center for the Arts (Dec. 14). Drawn from diverse inspirations from Pirandello to slam poetry, incorporating “spoken-word songs,” klezmer music by Jim Armenti, and a touch of audience participation, it’s “intended to be fresh, fun and meaningful.” 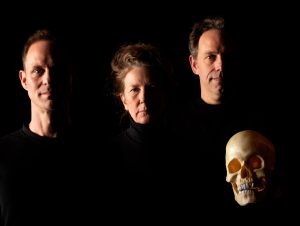 Also in Northampton, for two weekends straddling Christmas (Dec. 20-21 & 27-28), No Theater stages a distinctly unseasonal play at A.P.E. Gallery. It’s A Skull in Connemara, by dark-comedy master Martin McDonagh (The Pillowman, Three Billboards Outside Ebbing Missouri). Set in a small village in the author’s ancestral Irish homeland, where folks “smile at you ’til you’re a mile away before they start talking behind your back,” it concerns a gravedigger, tasked with exhuming old skeletons, who unearths his own wife’s, leading to suspicions of murder.

“It plays like a grim fairy tale for adults,” Roy Faudree told me, without revealing why the show’s poster image is a riff on an early Beatles album cover. He performs it with three other No Theater veterans, Charles Holt, Jane Karakula and Tom Mahnken, at Northampton’s A.P.E. Gallery. Very limited seating, info and tickets at skull.bpt.me.

Sandwiched into the two-week run of the Majestic Theater’s annual Home for the Holidays revue, the West Springfield company’s resident comedy-improvisation clowns, the Majesters, offer some Holiday Stress Relief, a seasonal set of impromptu audience-inspired sketches (Dec. 16). The group sports a cast of Valley improv veterans, many of whom are members of Happier Valley Comedy’s extended family of laugh merchants. 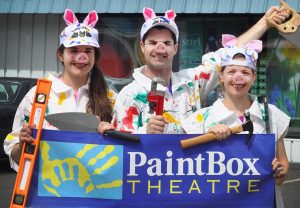 Also at First Night, Valley Light Opera presents “Costumes Through the Ages,” a musical fashion runway drawn from the group’s four-decade love affair with Gilbert and Sullivan. The showcase of dazzling handmade gowns and regalia, fashioned for productions set in periods from the Middle Ages to the Sixties, is accompanied by favorite songs from the associated shows. 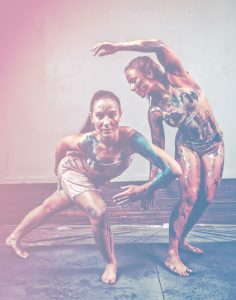 Perhaps most intriguing in the First Night lineup is a performance by The Legible Bod(ies), a multimedia collaborative dedicated to “pushing the boundaries of theater, dance, photography and film.” Add spoken-word performance and a corps of dancers sprung from the varied worlds of ballet, modern dance and physical theater, and you’ve got “a narrative performance rich in emotion and raw movement” that aims to “challenge audiences both visually and referentially.” 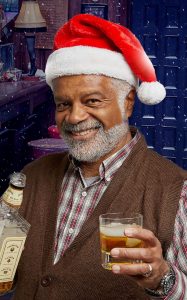 In Hartford, there’s more Grinchiness. A lavish stage version of the movie musical How the Grinch Stole Christmas is onstage next weekend (Dec. 13-15) at the Bushnell Performing Arts Center, and TheaterWorks reprises its now-traditional omnibus evening, Christmas on the Rocks. In these seven “twisted holiday tales,” kids from classic holiday movies, now adults, gather in a local bar to vent their grown-up woes. One of them is little Cindy Lou of Whoville, now a blowsy drunk who rants about a disastrous affair with that green meanie. This year’s edition features Ted Lange, of Love Boat fame, playing – who else? – the bartender. 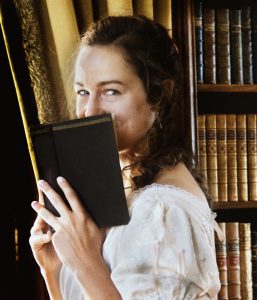 And in the Berkshires, Shakespeare & Company continues its Yuletide romance with Jane Austen. This year’s fully staged, sumptuously costumed book-in-hand performance is Sense and Sensibility. The script is Kate Hamill’s sprightly adaptation of Austen’s 1811 novel, originally concocted for the irrepressible Bedlam theater company. But don’t expect to see flying furniture or actors on roller skates on the intimate Bernstein Theatre stage – though the New York production is echoed in the doubling of roles and some gender- and color-blind casting.