Editorial: Support for those seeking sanctuary 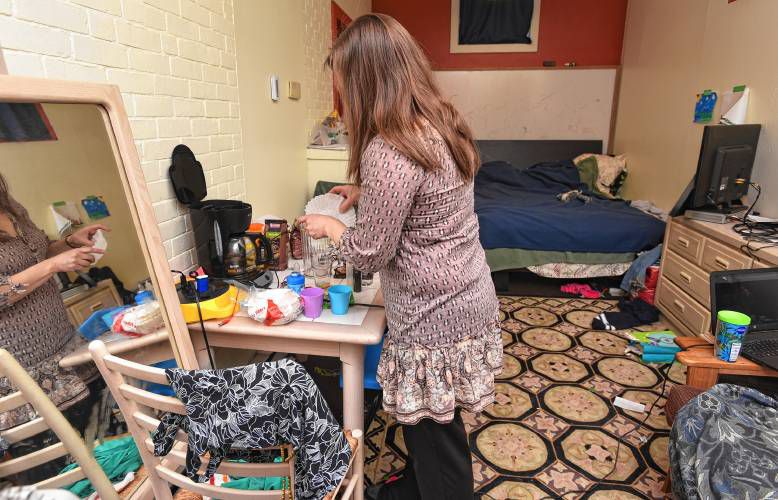 It was as recently as October when I used this space to observe the two-year anniversary of Lucio Perez taking sanctuary in the First Congregational Church in Amherst. A resident of the Valley for nearly 20 years, Perez is married and has three children who are U.S. citizens. If he ventures to leave the church, he faces deportation and separation from his family. 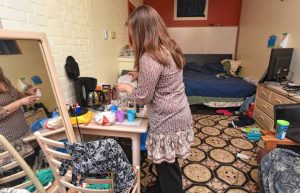 Irida Kakhtiranova, pictured in 2018 in her living space at the Unitarian Society of Northampton and Florence. She asked that her face not be shown. CAROL LOLLIS PHOTO

A similar fate awaits Irida Kakhtiranova, a Russian immigrant who has been living in sanctuary at the Unitarian Society of Northampton and Florence since April 2018 — approaching two years herself, if she leaves the safety of the church. Kakhtiranova was denied a stay of removal under the Trump administration’s then-new immigration policies and decided to take sanctuary rather than be separated from her own three U.S.-born children. She is married to a United States citizen.

Kakhtiranova is also the primary wage earner for her family, and her main income at this time is through a pierogi business she runs from the basement kitchen of the church. It is a good thing that the community has been supportive of this venture, as her family has ongoing expenses and legal fees to pay, which are growing as she fights to remain in the country.

The Unitarian Society is holding a fundraiser for Kakhtiranova on Saturday, Dec. 14 — a concert by the Ephemeral Stringband, who will be playing for free (though they may get some complimentary pierogi). All of the proceeds from the concert will go to Kakhtiranova.

Kakhtiranova and Perez have chosen to take sanctuary in churches because Immigration and Customs Enforcement (ICE) has deemed these sites as “sensitive locations.” A policy that remains in effect urges ICE agents to avoid arrests in such places, but it is hard to believe that will endure under the continually cruel and norm-ignoring Trump administration. This past week, the Detroit Free Press exposed that ICE arrested about 250 people who tried to enroll in a fake university created by ICE to lure immigrants and then deport them. The scheme was first reported in January, when reports estimated that arrests had been lower.

The Obama administration likewise deported many undocumented people, but the depths to which Trump and his craven advisers have sunk are unacceptable. No longer are those who are in the country working hard and contributing to society allowed to continue to do so. Even students and parents are considered primary targets under Trump.

That’s why it is so important to continue to support those immigrants in our communities. Apart from the fundraiser coming up, the Pioneer Valley Workers Center continues to maintain its “Sanctuary in the Streets” program, which responds when immigrants are facing arrest or deportation. They will soon be doing a new training for their members, which can be anyone, incorporating lessons they learned running the program over the past three years. More information can be found at facebook.com/PVWorkersCenter.

The fundraiser concert for Kakhtiranova will be at the church at 220 Main St., Northampton, at 7 p.m. Tickets are $10-$20 for adults and $5 for children. Information at sanctuaryfundraiser.brownpapertickets.com.