The Beerhunter: Kismet Brewing Company Prepares to Open in Westfield 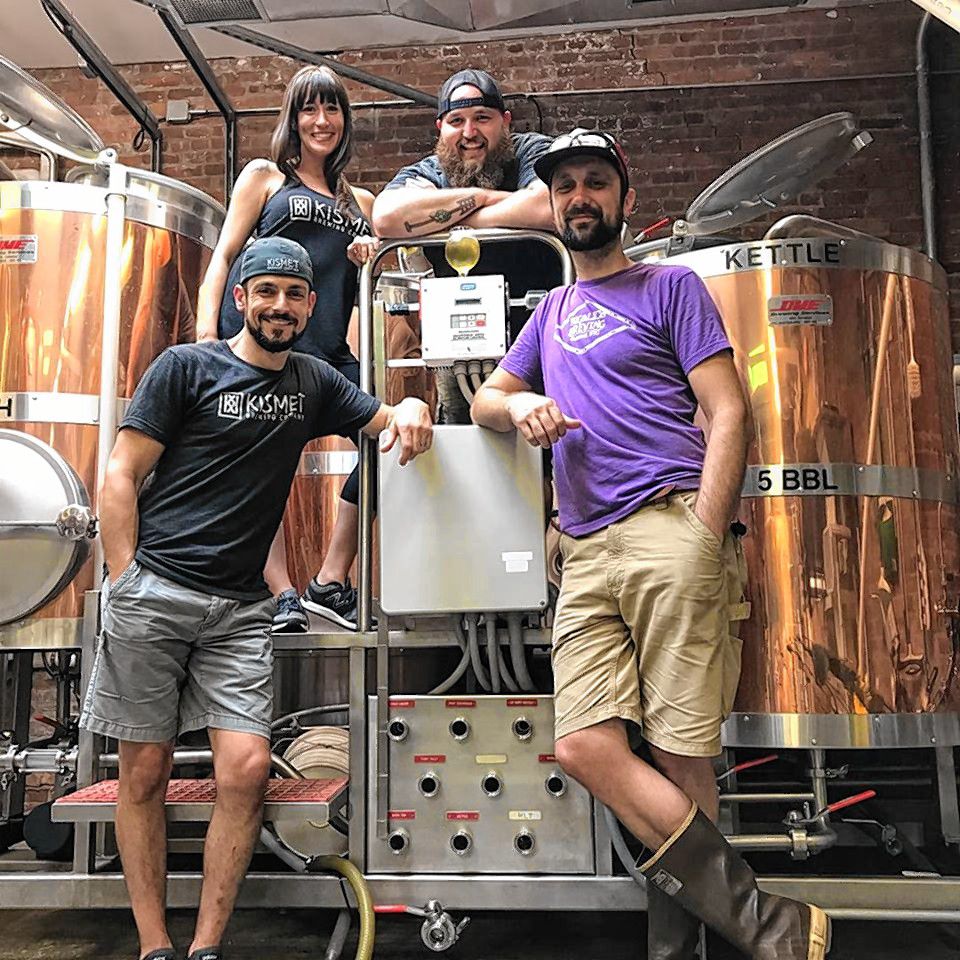 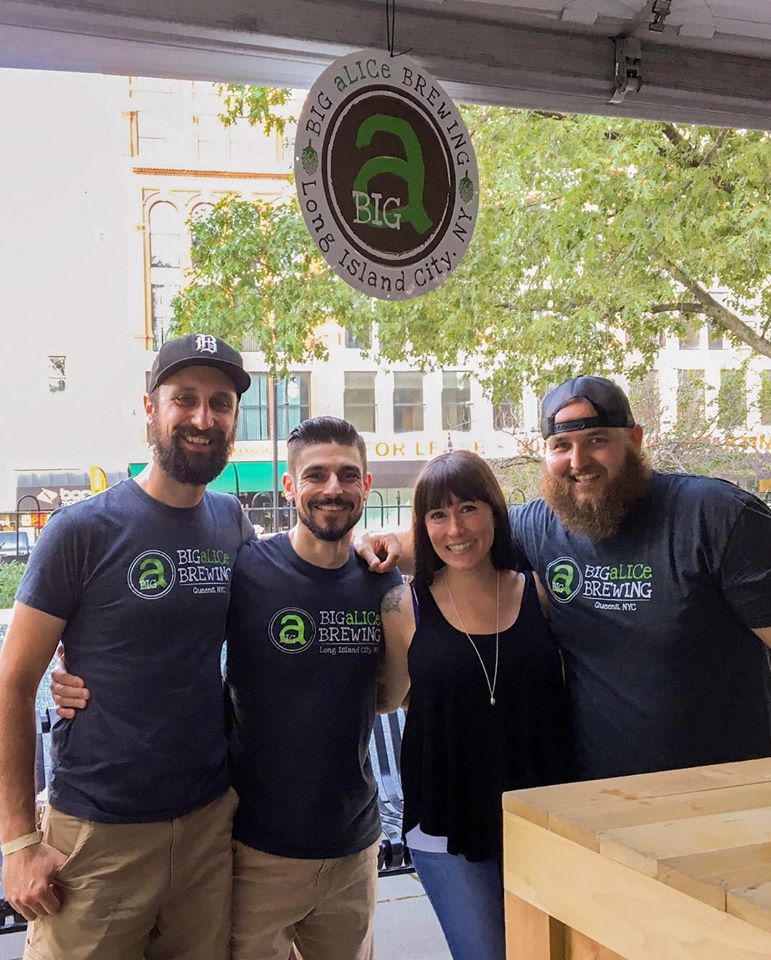 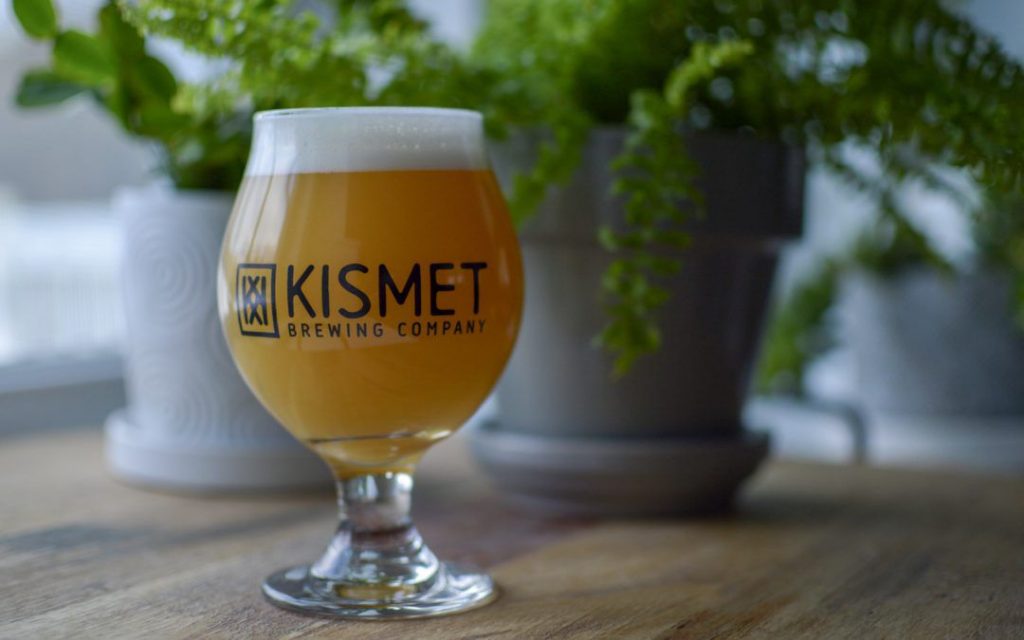 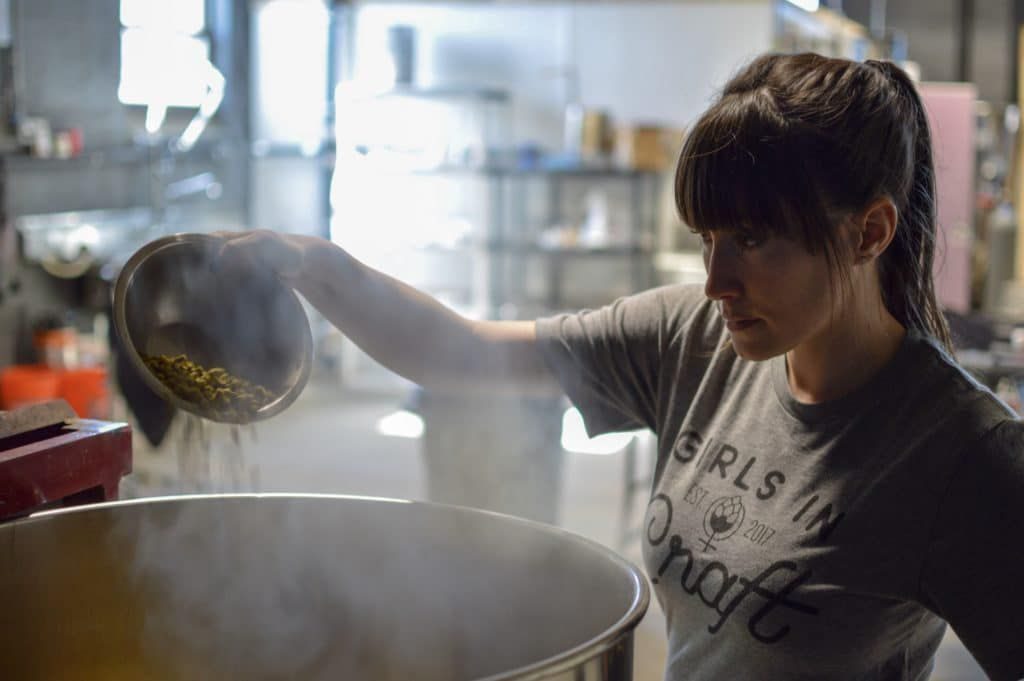 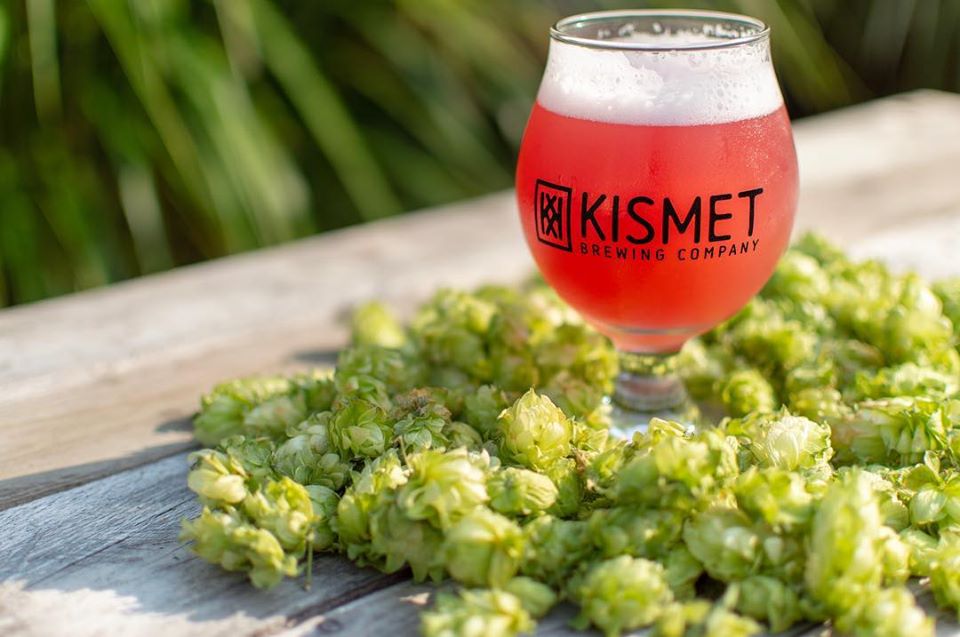 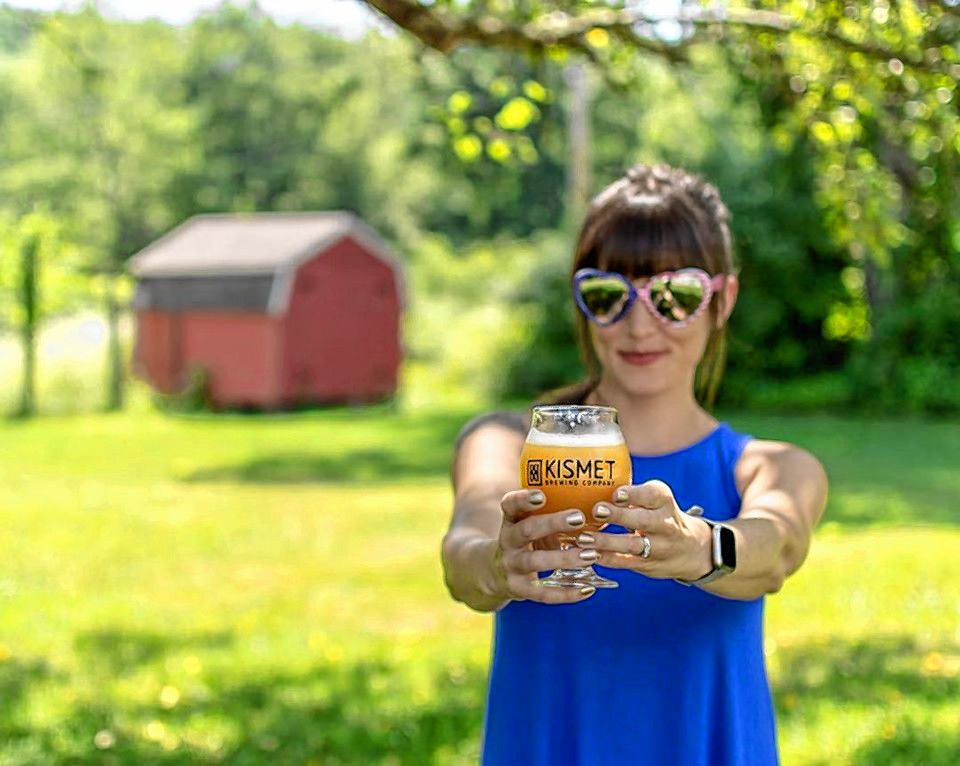 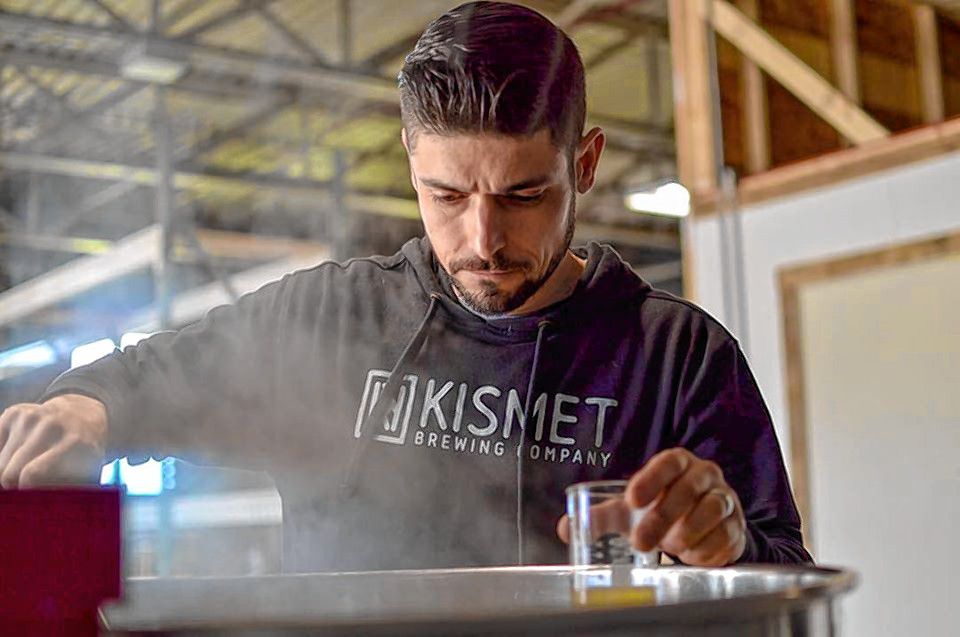 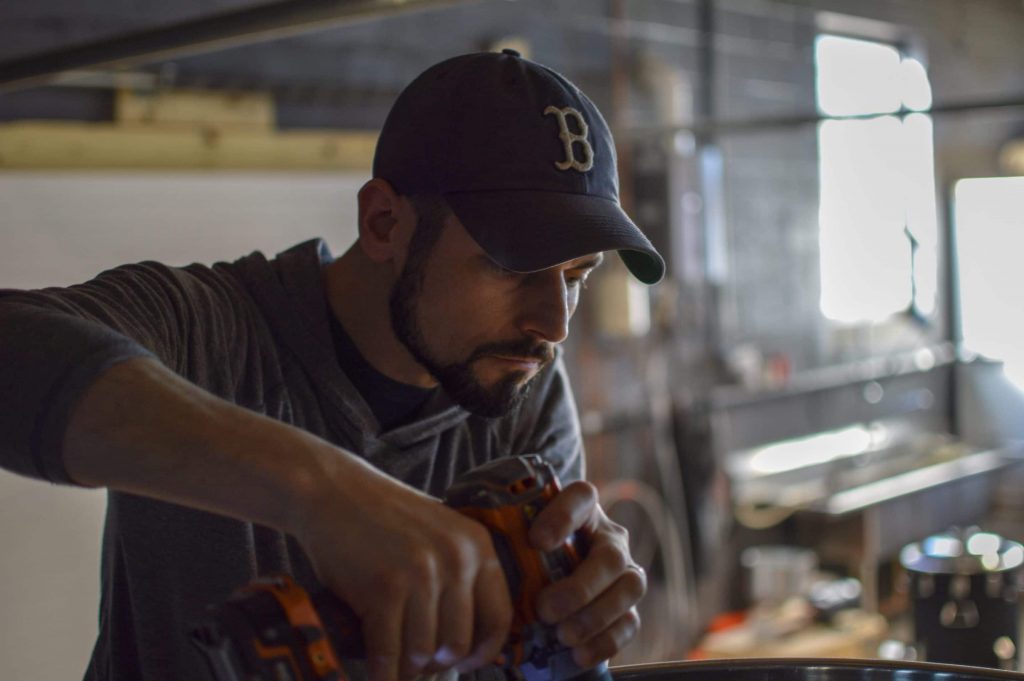 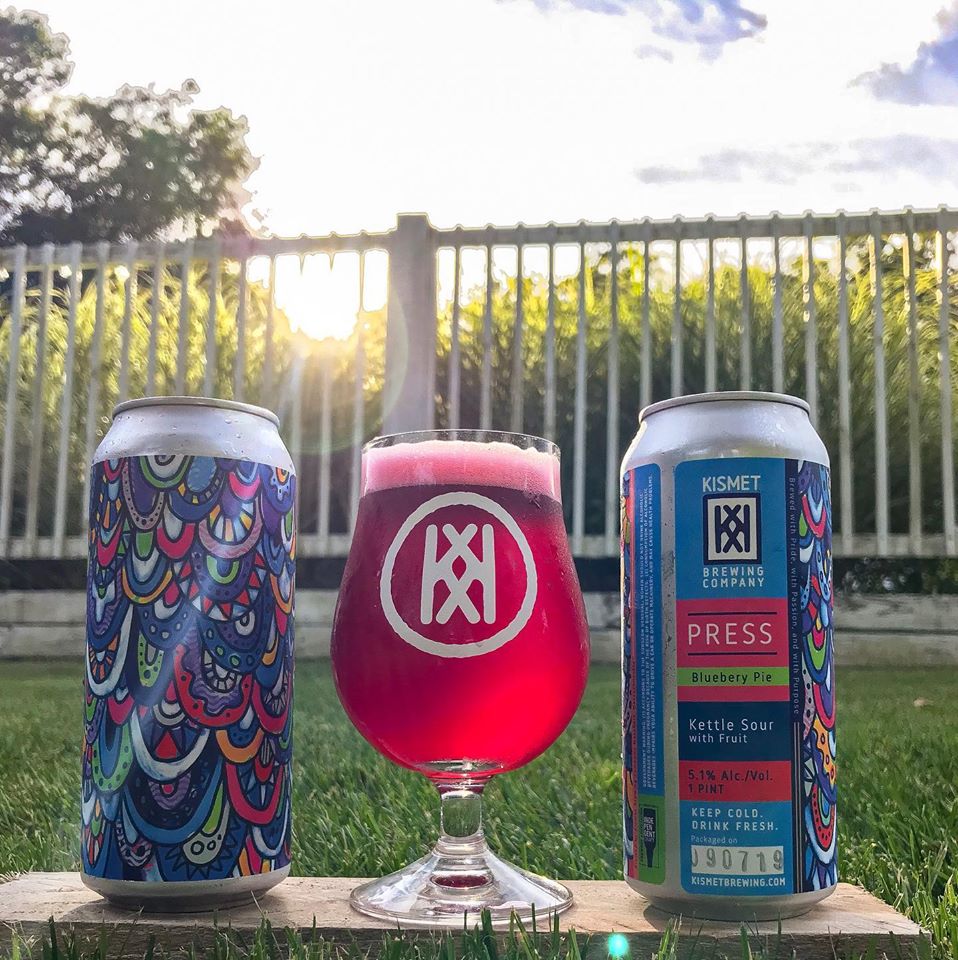 After 10 years together, Rich and Liz DeSousa are trying to find a way to spend more time in the same room. That’s the kind of marriage you’re supposed to study for pointers — or maybe for the reveal of some secret ingredient.

In my most recent visit with the couple: I detected four: water, malt, hops, and yeast. And that’s not much of a secret. The DeSousas, both longtime craft beer enthusiasts, are hard at work on their new business, Kismet Brewing Company, which is set to open at 66 South Broad Street in Westfield within the first few weeks of the new year. 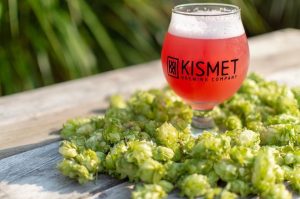 Rich and Liz see a lot of their relationship through the lens of kismet — an Arabic word meaning ‘destiny’ or ‘fate’ that also appears in Turkish, Hindi, and Urdu — but when it comes to opening and co-owning a successful brewery, both acknowledge that they’ll need to work hard and make their own luck.

The DeSousas are coming toward the end of a winding road, having originally conceived of Kismet’s 1,800 square-foot industrial space as the home for a different brewery which — as this column detailed in 2017 — would have been owned together with their friends Mark and Murph Avery, who now run Two Weeks Notice Brewing Company out of a former tortellini factory in West Springfield.

After an amicable split with the Averys, Rich and Liz tasked themselves with creating a microbrewery that produces exceptional small-batch beers (they will operate on a five-barrel system, with six fermenters and two brite tanks, plus room to grow) in a market where craft beer enthusiasts already have a lot of options to choose from.

“We want to put out something that we’re really, really proud of,” says Liz, “and the bar is getting higher and higher.” 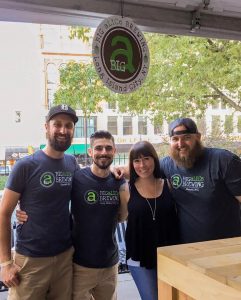 “This has been a long process for us,” says Rich. “Partly because we’re perfectionists. We want to create something that’s uniquely ours. We’re going for beer that’s soft and easy to drink, but has that punch and flair that we get so excited about.”

The DeSousas plan to open Kismet for a day or two each week, at which times they’ll sell canned beer for off-premises consumption. It’s possible that the brewery will add a taproom in the future, but neither husband or wife feel there’s a rush to get to that point.

“We don’t know yet exactly what this will be,” says Rich. “We’re looking into the possibility of pouring samples. We have an idea of what the brew days and the beer schedule will be. If we find that we need a taproom, we’ll go that direction, and we have the space to do it. But it will be influenced by demand, and the kinds of beers people like. We really won’t know until we start.”

“We can’t go backward,” adds Liz, “so we figure we’ll start small and see where it takes us.”

Thanks to Rich’s homebrewing experience, and Kismet’s recent brewing collaboration with friends in Queens who run a brewery called Big Alice (stylized as “aLICe” for “Long Island City”), the couple feels their recipes are up to the task. Positive feedback on Kismet beers at three recent pouring events in Worcester and Boston, hosted by the Massachusetts Brewers Guild, has helped as well. 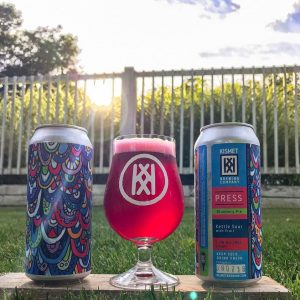 “Our sour beers have gotten people especially excited,” says Rich. “They’re really soft and approachable. At those events, we’re pouring 10 sours for one of anything else we bring, which is unbelievable.”

For several months now, teasing shots of colorful beers have been showing up in the photo feed on Kismet’s Facebook and Instagram accounts, including a Bohemian-style pilsner called Pillow Fort, a milk stout called Velvet, a pale ale called Skylar, a fruited Berliner-style beer called Little Berry, and — perhaps most striking — a deep neon pink kettle sour that smacks of blueberry pie, crust and all. (The sharp graphic design for Kismet’s products is handled by Longmeadow illustrator Nate Duval, who also designs labels and merchandise for Tree House Brewing Company.)

When Kismet opens its doors, Rich says, the first two canned beers on offer are likely to be a New England-style IPA and a kettle sour in the brewery’s Press series, which features fruity flavors like raspberry tart and that blueberry pie.

The brewery also has a few pilot tanks, which will allow for some experimentation and limited-run batches. “We aim to be as well-rounded as we can be with our styles,” says Liz.

“We can always brew in small amounts to see what people like,” adds Rich. “We love New England IPAs, but we want to make some traditional styles as well. I’d look forward to getting barrels in here and doing some funky stuff. But, baby steps.”

Rich runs his own home improvement business, and Liz works for a manufacturing company in Agawam (the couple lives in Sturbridge). Both will hold onto their day jobs as the brewery opens — which means that both are on the lookout for a few extra hours in the day. If the can sales go well and a taproom is on the horizon, they will need to hire more staff.

But for now, these two best friends — and that’s clearly what they are — work side by side in this space, creating their own fate.

“We’re lucky in our relationship that we can do this together, and want to, and are enjoying doing it,” says Liz.

— Now that we’ve gotten our first sizeable snowstorm, it’s officially okay to dive headlong into dark holiday beers. Valley breweries are turning out a plethora of local options for roasty, toasty cold-weather beverages, so explore Facebook and Instagram for the seasonal porters, stouts, and barleywines that are going to keep you cozy until the spring thaw. A few that especially intrigue this Beerhunter this month: a bourbon barrel-aged imperial stout from Amherst Brewing called Accustomed to the Dark, brewed with vanilla beans and cacao nibs; a Mexican hot chocolate stout from Bright Ideas Brewing called Aztec Winter; an English-style porter from Shire Breu-Hous called Good Day; and a seasonal favorite from Brick & Feather: Sauron’s Nightlight.

— Brewer John Geraci was spotted last week at Table & Vine in West Springfield, pouring samples of a New England-style IPA called First Encounter, brewed by the new company Loophole Brewing Services. Loophole, which opens soon in Holyoke, will not only brew its own beers, but serve as a contract brewer, incubator space, and collaborative test kitchen for brewers who may not yet have the resources to get their own brewery up and running. By joining Loophole’s Aspiring Brewers Program, local talent will soon be able to hone their recipes and get familiar with the business before putting cash toward a facility of their own.

— Some strange national news last week: California’s iconic Ballast Point Brewing has been sold to a small brewery called Kings & Convicts, located in the suburbs of Chicago, which produces fewer than 700 barrels of beer a year. Sometimes craft breweries change owners, so this wouldn’t necessarily be a bizarre twist — except for the fact that four years ago, Ballast Point was bought for one billion dollars (yes, with a “b”) by the giant Constellation Brands, which makes Corona and Modelo. There is some Chicago logic to this new sale — Constellation and Kings & Convicts are both based there, and one of Ballast Point’s six national taprooms is located in the Fulton Market neighborhood. At any rate, it’s a novel instance of a nationally-known brand being snapped up by a local business, rather than the other way around.