Cinemadope: The Age of Activism 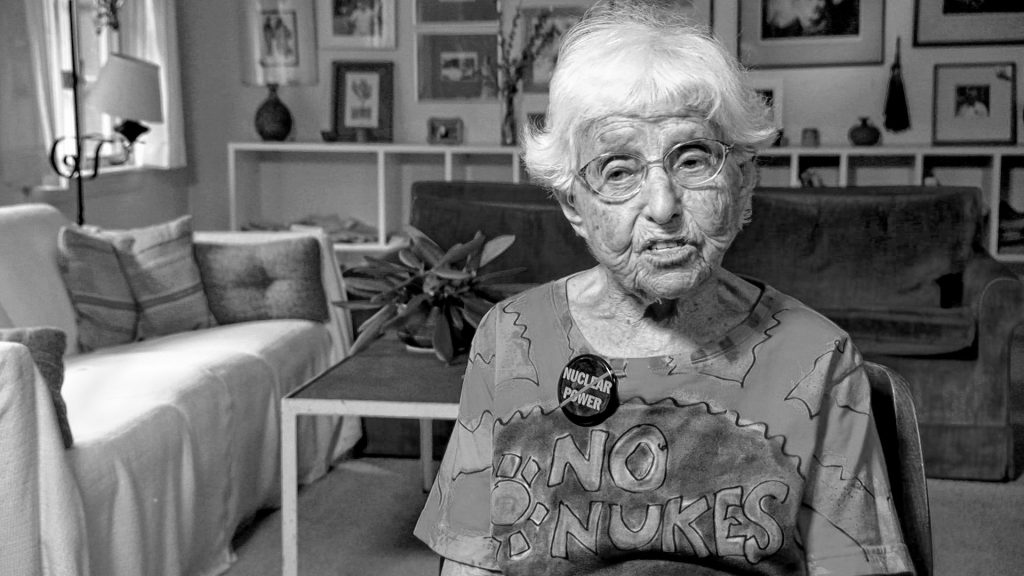 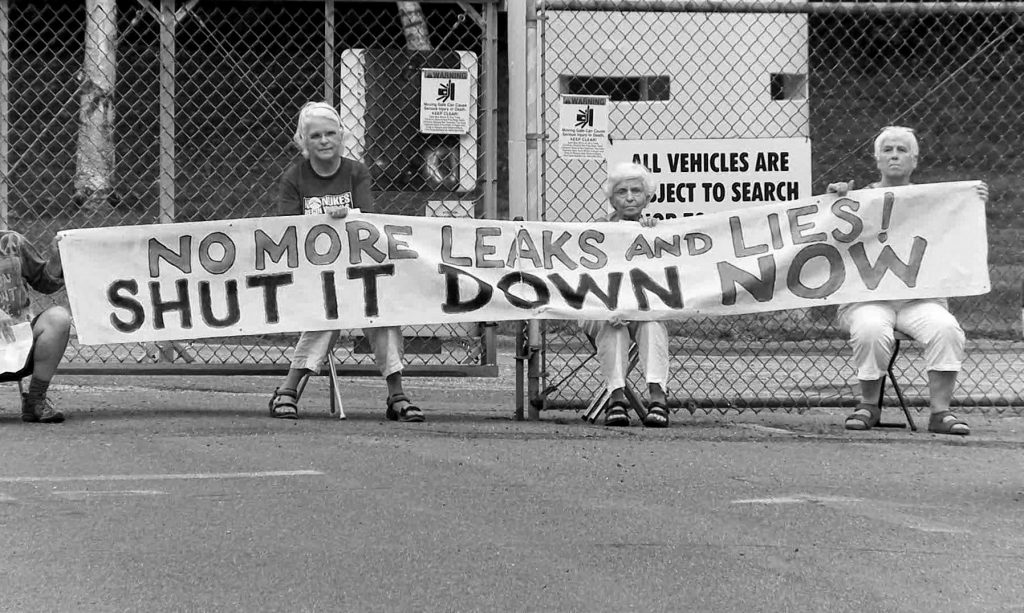 When well-known activist Frances Crowe died this August at her home in Northampton, the loss rippled through the town in a way few passings do. One hundred years old at the time of her death, Crowe had touched generations of Valley residents — changing some minds, matching wits with others, and being a wonderful nuisance to those who would promote oppression, destruction, or harm. Small of stature yet impossible to overlook, her shock of white hair and twinkling eyes are already missed.

This week, we are lucky enough to get the chance to turn back the clock a few years to catch a glimpse of Crowe doing what she did best. Power Struggle is a feature-length documentary from director Robbie Leppzer that charts the long battle to close the Vermont Yankee nuclear power plant (located not far from the northern border of Massachusetts), which at the time had been plagued by a growing number of safety violations. Crowe is one of the activists that dedicated so much of their time and effort to the cause Leppzer captured.

Filmed over a five-year period during which Crowe and others teamed up with nuclear engineer Arnie Gundersen and Vermont governor Peter Shumlin, Leppzer’s David and Goliath story is a testament to the power of grassroots activism, and a call to arms for the next generation of citizen watchdogs. Frances Crowe may be gone, but so — in part to the strength of Crowe’s convictions — is Vermont Yankee.

The film screens at Gateway City Arts in Holyoke as part of the Gateway City Live “Dinner & A Show” series, which pairs films, lectures, and other events with a dinner at the nearby Judds restaurant.

Also this week: Hitchcock returns to Shelburne Falls on Friday and Saturday when Pothole Pictures brings in The Man Who Knew Too Much for a pair of screenings. The maestro’s 1956 thriller teams Jimmy Stewart with Doris Day as parents vacationing in Marrakesh with their young son. One thing leads to another, and before you know it Stewart and Day are in possession of a tidbit of international assassination news. The problem: they are no longer in possession of their son. To set the ship right again they must travel to London to try to disrupt the plot and save their boy.

The Man Who Knew Too Much is not usually the go-to pick for people looking for a Hitchcock fix. (Heck, even in the Hitchcock-plus-Stewart subset, it’s behind Vertigo and Rear Window.) But let me say this: every year, right around this time, we are absolutely bludgeoned with screenings of that other Jimmy Stewart movie: It’s a Wonderful Life. It’s on television around the clock, libraries and town halls hold free movie nights — it’s like that Christmas song you forget about for months on end, but then can’t escape for the last three weeks of the year. So I, for one, am plain relieved to have a different Jimmy Stewart movie out there for film lovers this December. And to sweeten the deal, Pothole Pictures offers live music on the Memorial Hall stage before each screening: the acoustic swing of Small Change on Friday night, and the blues and Celtic stylings of Dan Lederer on Saturday. Go, and give them your holiday tidings, and maybe — just maybe — we can start a new Jimmy Stewart tradition this December.