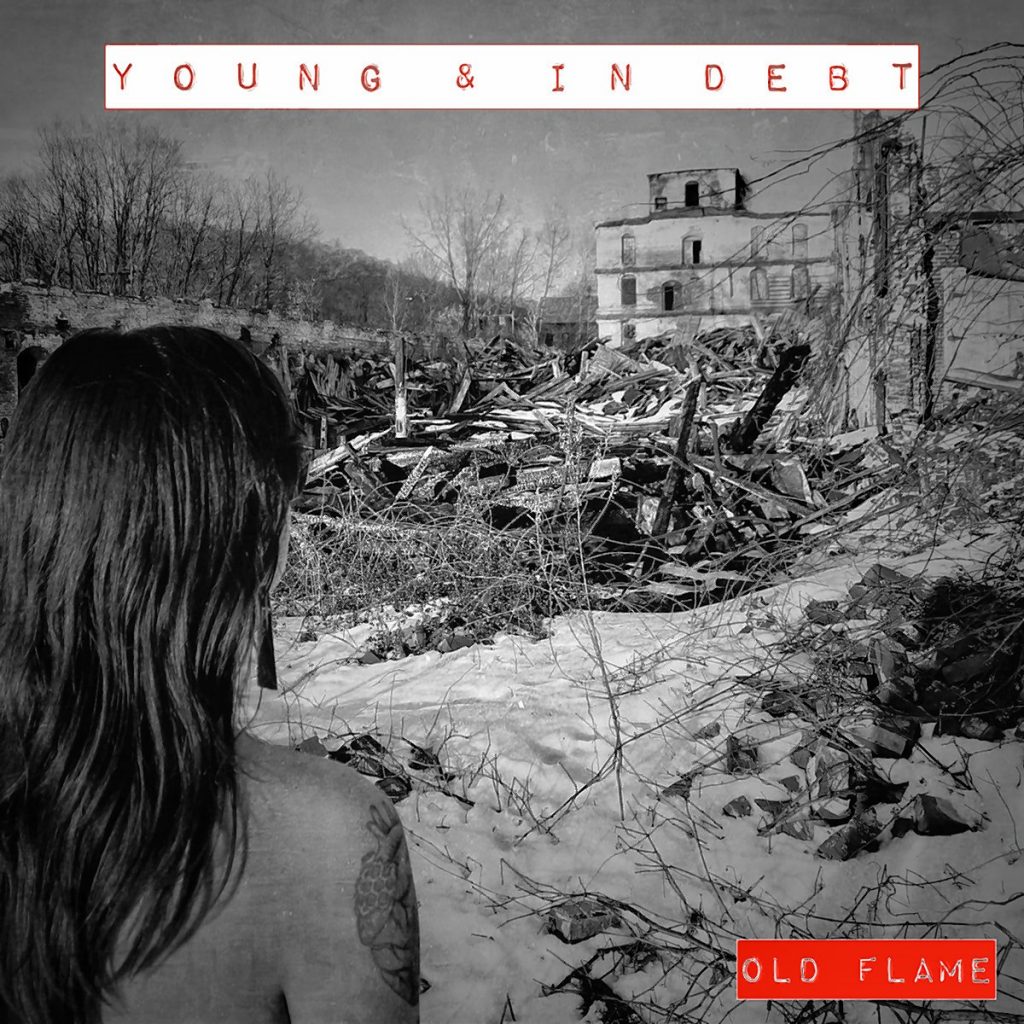 Music lovers in the Pioneer Valley were blessed by a plethora of great local music this year, whether that was the hauntingly beautiful folk rock of Philip B. Price’s new solo record “Bone Almanac” or what I named as one of the best local albums of the year — “Speciecide” — by alternative math/prog rock duo Fuzz Puddle. But there are also a lot of new albums by local groups that weren’t reviewed this year. Here’s five local albums from 2019 that I didn’t get to until now.

“Young & In Debt” by Old Flame

Psychedelic indie rock band Old Flame expanded beyond their garage/bluesy rock roots, adding a spoonful of electro indie pop on their 10-track album, “Young & In Debt,” released on May 11. The band maintains its sly political lyricism, while creating catchy modern indie rock songs that also harken to the best of 1980s synth pop and a little art rock a la Pink Floyd’s “The Wall” thrown in for good measure.

Among the standout tracks on the album are “Young & In Debt,” a millennial anthem railing against generational crushing student debt that’s bitingly sardonic at times. Then, like a flip of a coin, the mood turns, and the song speaks with a sense of hard-won earnestness. This dichotomy plays well with the music as the synth-driven chorus releases the building tension on the verses.

Another, “Lip Service” is the definition of 1980s synth pop that could easily be in the songbook of Hall & Oates. “Long Range” combines surf rock and bluesy instrumentation for a ballad that’s soulful and also has some grit behind it. And “Dead Wrong” has a 1960s garage rock back beat to it that’s catchy as hell, while throwing in some proto punk reminiscent of Iggy Pop.

Puerto Rico/Western Massachusetts-based electro pop duo Fire Letters have created a powerful and moving synth and electric guitar-driven album with elements of dream pop and alternative rock on their 13-track record, “Bloom Eternal,” released on Nov. 8. With intricate synth arrangements and emotive and soaring vocals, Fire Letters taps into your brain with a subtle poignancy.

“Elixir” traps you in its gravity well of breathy vocals underpinned by a bittersweet melody that’s sorrowful and moving. The chorus is uplifting, “Unravel yourself/ Heal what you’ve got inside,” and with atmospheric synth mixed with ethereal vocals, it’s a haunting song that sticks with you.

Other standout tracks include “Lovely,” an upbeat pop tune with funky riffs and pure vocals that radiate outward like light through a prism. There’s also “Synesthetic,” a bass heavy track with a 2000s alternative rock backbone, Spanish and English speaking vocals, tour de force synth and guitar, and powerful vocals. And “To Reveal,” features dual vocals, hypnotic synth layers and an epic scope that builds to the album’s apex, before gently dissipating into silence to end the record.

“An Adventure Somewhere Maybe” by The True Jacqueline

Noise rock band The True Jacqueline released its latest album, “An Adventure Somewhere Maybe,” on May 17, which features angular rhythms, crunchy distorted guitar and a deft mix of punk and alternative rock. Across the album’s 10 tracks, it stays true to the band’s motto of “Loud songs for introverts,” with high-energy (and loud) electric guitar riffs, drums, and bass, paired with the introspective and calm vocal delivery of lead singer/bassist Kate Dowd.

Some of the highlight songs of the record include: “Psychic Surgery,” a plaintive ballad with emotional resonance and layered guitar work with a powerful chorus that combines surf rock influences with grungey tones; “Spirit Stick” is a catchy and angular noise pop tune that’s a time capsule out of the late 1990s alternative rock scene; “Something After” combines dream pop elements with heavy distortion creating moments of calmness interspersed with tension and dread, before dissolving into a white noise soundscape. There’s also the punky “Things Left to Do,” which has elements of power pop mixed with feedback and experimental rock instrumentation. And “Generation Ship,” which takes your standard pop punk tune and throws it for a loop, adding experimental noise voyages led by wonderfully weird and angular guitar lines.

Easily the catchiest song on the record, “Making Breakfast,” features a swirl of psychedelia with bright guitars, shimmering keys, and airy vocals alongside trippy, yet still intricate, instrumentation. “Empty Headed Animal” is reminiscent of some of the work by 1990s Elephant 6 Recording bands such The Olivia Tremor Control and The Apples in Stereo with its heady vocals and sonic experiments. One of the minor epics on the record, “eta/somebody” has some elements of progressive rock as it moves through sections that feel distinct, yet complete with the whole picture of the song in mind. And with “Blue House,” Carinae gets feverish with an ending that’s manic and spinning through a psychedelic maelstrom.

Avant-garde electro pop duo Home Body released their latest album, “Spiritus,” on April 26, an 8-track record with soulful electronic soundscapes and melodies along with catchy electro pop beats. With Haley Morgan’s nuanced and powerfully charged vocals alongside Eric Hnatow’s melodic and experimental approach to synths, Home Body creates songs that not only move listeners emotionally with musical and lyrical depth, but compel you to move physically. It’s a whole mind/body experience with “Spiritius.”

“White Hands” is a song with haunting vocal melodies paired with a tense synth line that kind of sounds as if it belongs in the Baroque period (images of undead Bach discovering synth pop come to mind.) That aside, this is a song with devastating grief in full bloom that ensnares listeners in a Greek tragedy level of plaintiveness.

“Little Things,” has an experimental beat that’s a kick to the teeth, before blowing up into a funky electro pop tune that’s damn catchy with an audio equivalent of performance art where imagery of fluid dancing is conjured in the mind. “DNA” is the shining star of the album with its perfect soulful melodies and intimate vocal deliveries that’s a shot straight to the heart. And with “Soft Stuff,” Home Body concludes the album with a dream pop-esque ballad that’s tender and emotionally resonating.