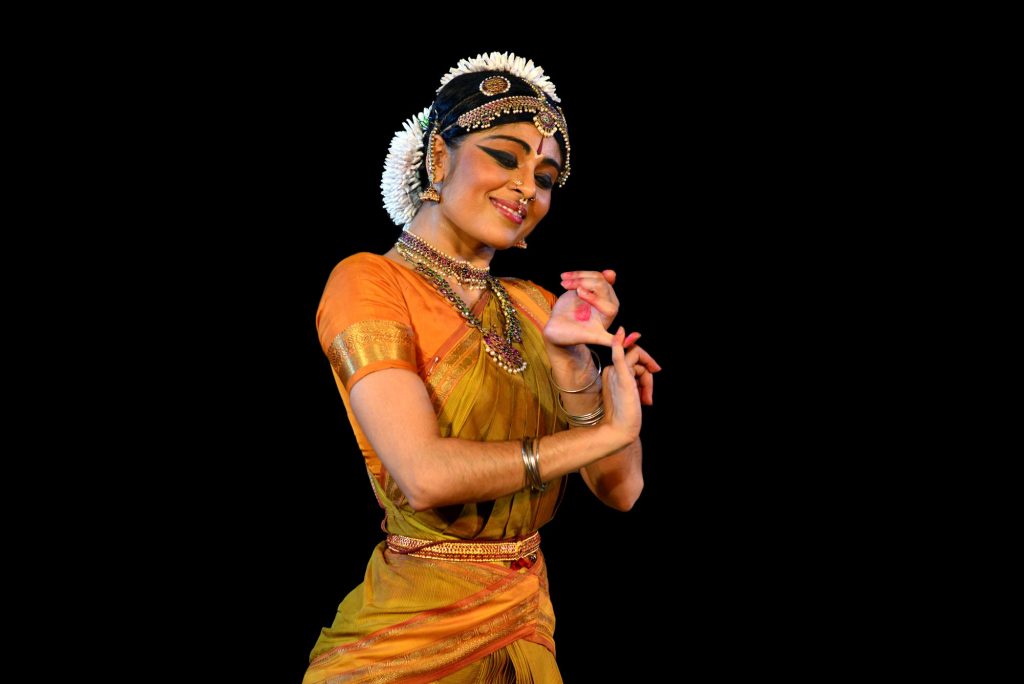 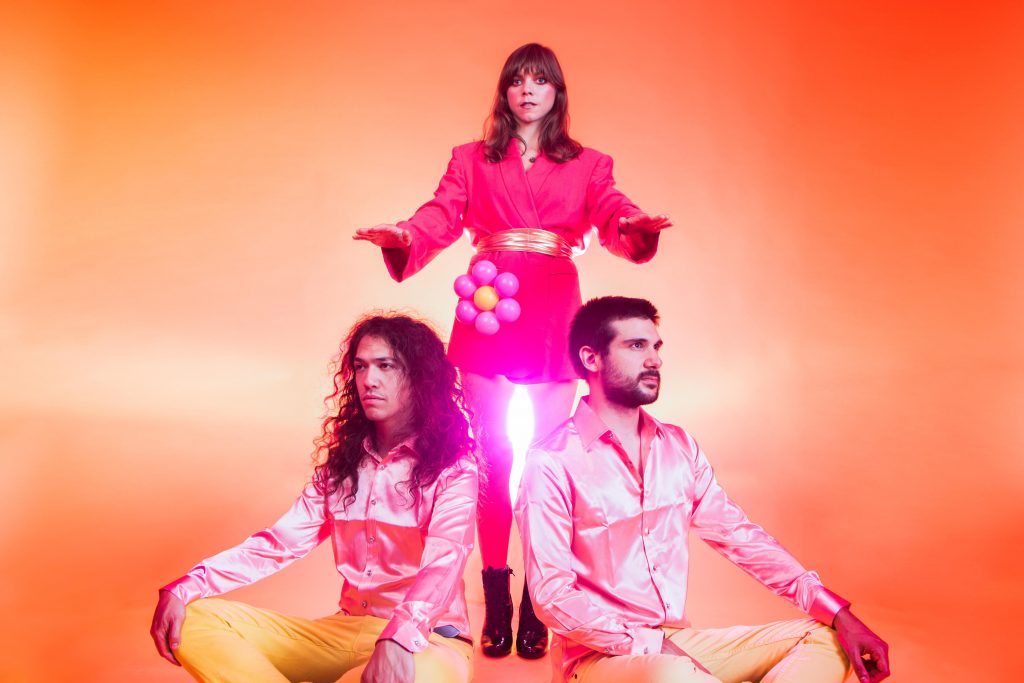 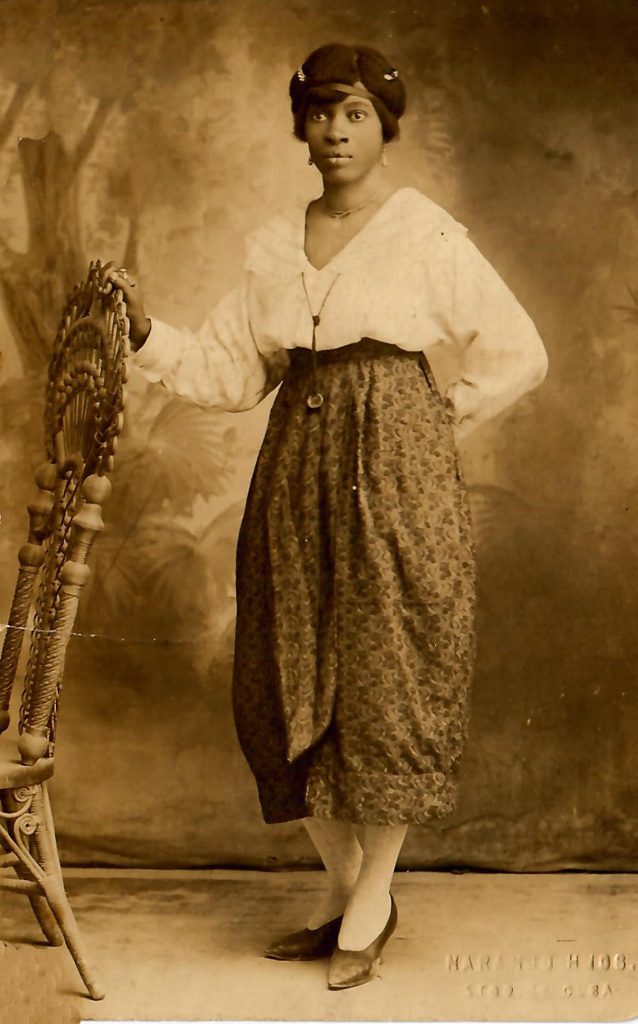 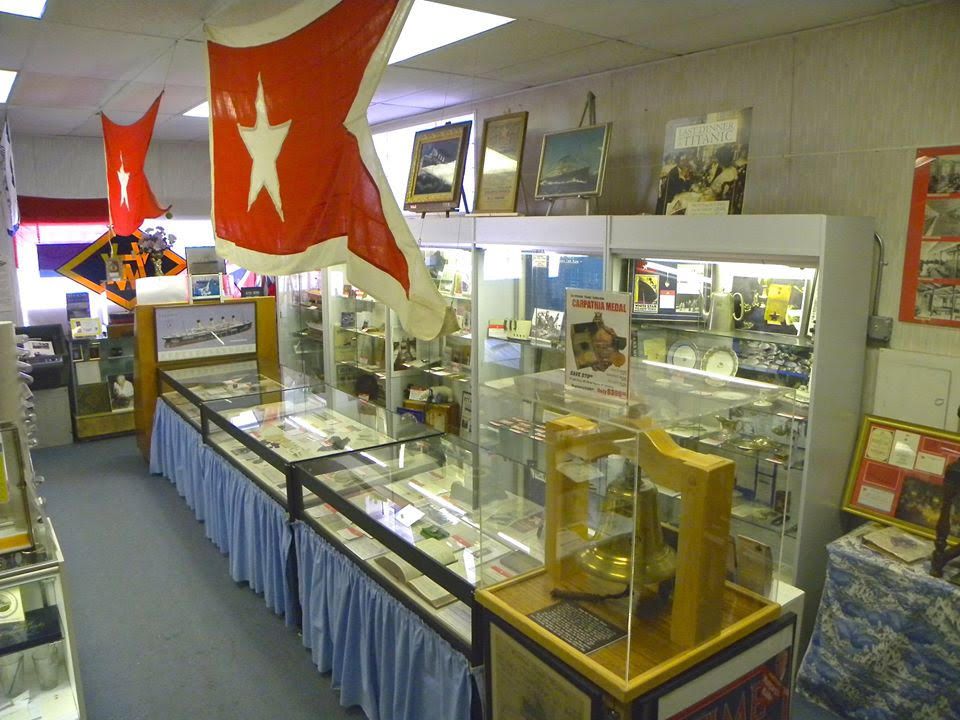 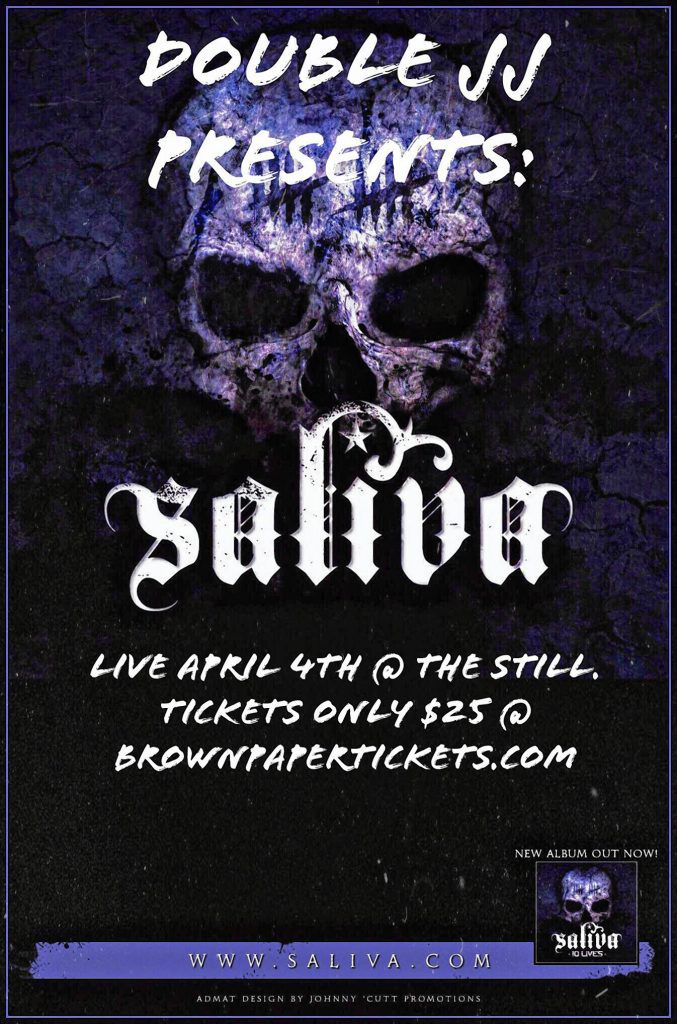 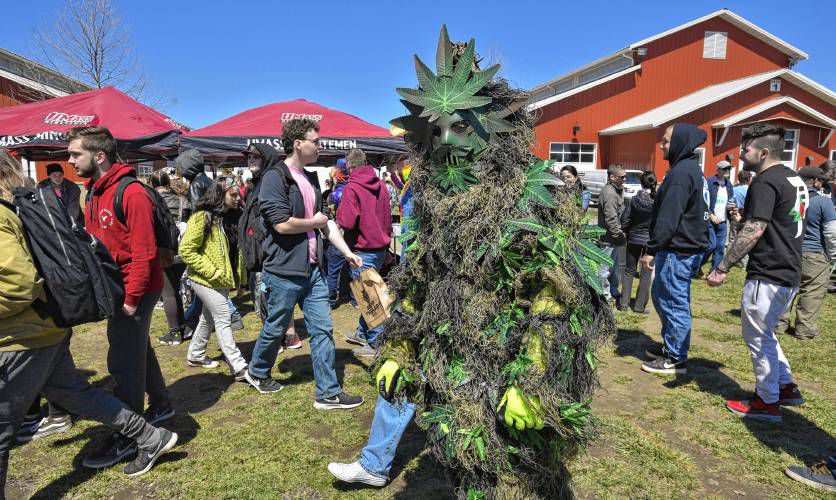 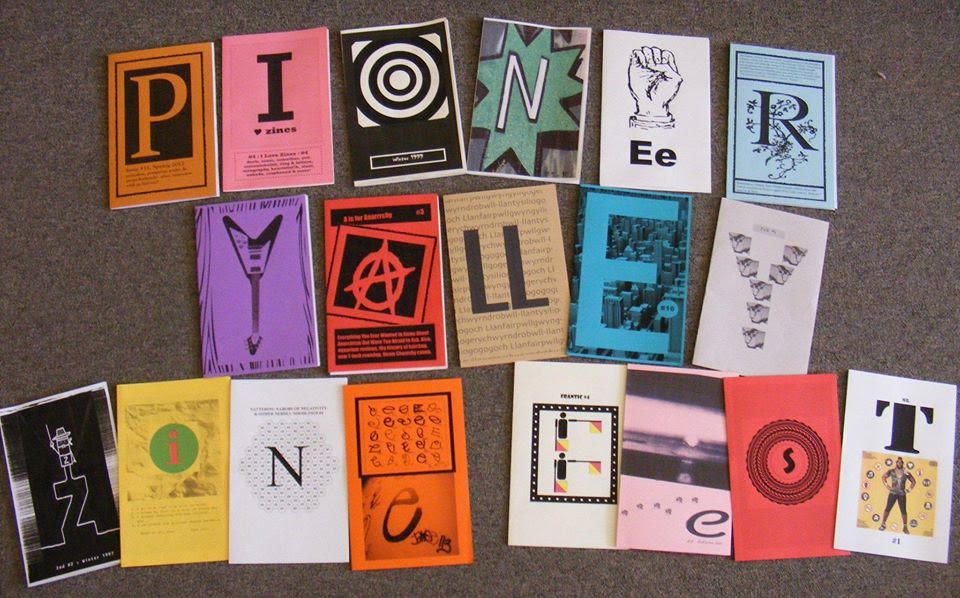 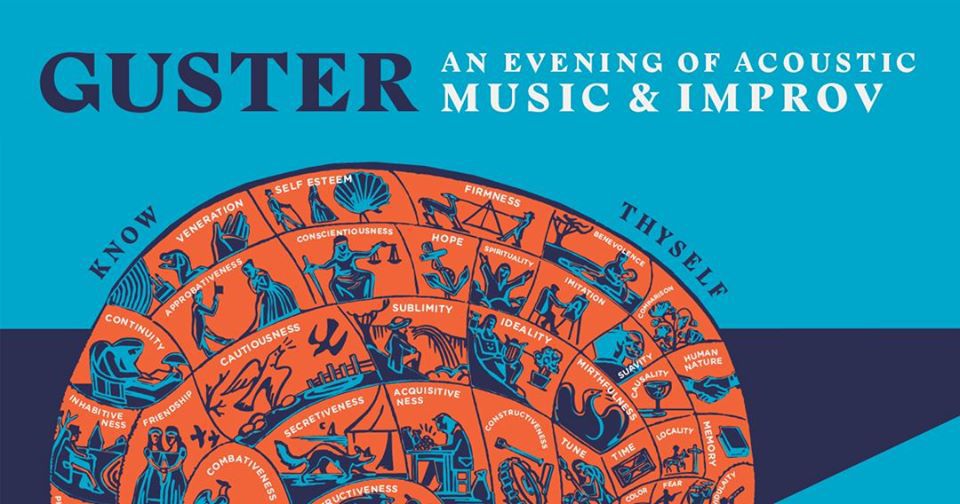 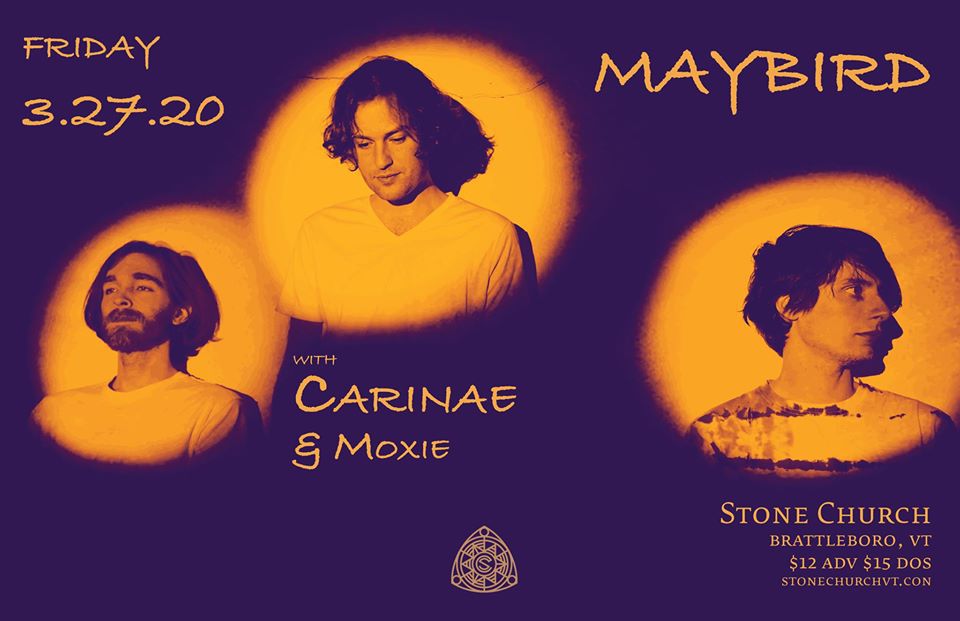 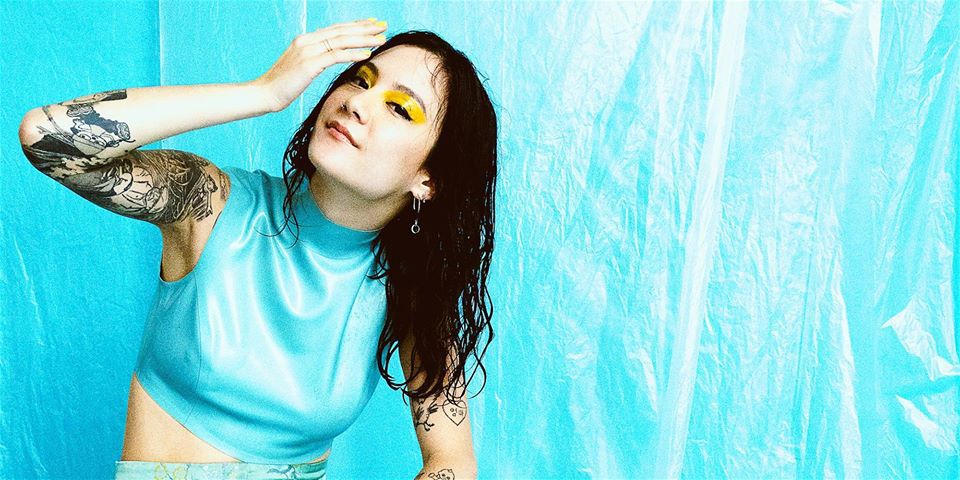 Spring is in the air. Sort of. In some ways, after a snowy start, it has felt that winter didn’t come at all. But with clocks about to change to Daylight Savings (on Sunday, March 8!) it’s time to come out of our shells and check out a good show or museum. Here is an incomplete list of fun things to do in the next couple of months. Enjoy! 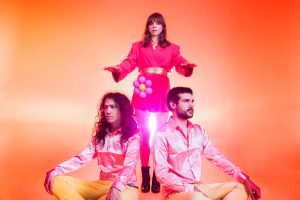 Providence, Rhode Island-based experimental pop trio Arc Iris fuses story-based songs with electronic and orchestral arrangements and began as the solo project of Jocie Adams, former member of The Low Anthem. Adams told the Valley Advocate in a recent phone interview that she worked on writing iTMRW (pronounced I, Tomorrow) during the past four years as a concept album and science fiction ballet set in 2080 includes a love story between a man and his android partner, the only mega-corporation in existence called iTMRW, and the first man to be genetically modified to be handsome. “There’s these three interlocking storylines that are running throughout the piece,” she explained. “And we use both songs and lyrics as well as monologues and dance and performance to tell the story.” 8 p.m. $25-$30. Shea Theater, 71 Avenue A, Turners Falls. sheatheater.org. 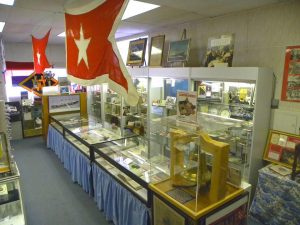 It might be the most famous ship sinking in history: the RMS Titanic, the brand new and supposedly unsinkable British ocean liner that famously struck an iceberg in the North Atlantic in April 1912 and went down just hours later, taking as many as 1,600 people to their watery graves. The story continues to be told in depth at the Titanic Historical Society Inc. in Indian Orchard, a modest-sized museum that nevertheless is chock full of history about, and memorabilia from, the ship: original menus from the dining hall, chairs and ship fittings, passengers’ personal effects, a lifeboat flag, period postcards and photos, books, and much more. The museum is located at 208 Main St. in Indian Orchard and is open Monday-Friday 10 a.m. to 4 p.m. and Saturday from 10 a.m. to 3 p.m. More info is available at (413) 543-4770 and titanichistoricalsociety.org. 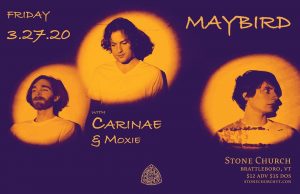 A night of psych-rock is on tap at the Stone Church in Brattleboro. Maybird, a quartet hailing from Rochester, New York, deliver dreamy, synth-laced songs in their latest record, Things I Remember From Earth (May 2019). As the title suggests, the songs are space-y and experimental with interweaving guitars as singer-songwriter Josh Netsky provides vocals often enhanced with delays and other effects. Western Massachusetts’ very own Carinae will bring their mix of psychedelia and rock ‘n’ roll with heavy riffs, synth keys, and sampled textures. Rounding out the night at Stone Church are Moxie out of Brattleboro, an ‘80s-influenced indie band with danceable tunes and a chill groove. 8 p.m. $12 in advance, $15 at the door. 210 Main Street, Brattleboro. 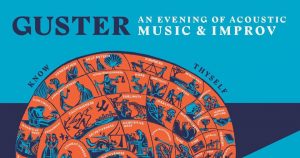 For the first time in over seven years, Guster, originally from Boston, is touring the country as an acoustic and strings act. The band will explore deep cuts and songs normally left off set lists when playing electrically. Not only can audience members expect some improv comedy as part of the act, but new songs may take shape during live performances. Guster rose to prominence in the mid-1990s with catchy hooks and a mix of folk-pop. The tour will feature special guests at each show and will include Connor Ratliff from Upright Citizen’s Brigade Theatre. 8 p.m. $30-$51. Calvin Theatre, 19 King Street, Northampton. iheg.com.

Exhibits on women at the Springfield Museums 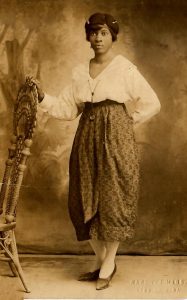 The D’Amour Museum of Fine Arts recently opened two new exhibits that celebrate women on different levels. “Voice of Resilience,” using text, timelines, photographs and other images, profiles 70 women, primarily from western Massachusetts, who have changed the course of history; the exhibit focuses on “hidden figures,” primarily women of color, whose intersecting lives have had an impact but may not be that well known. Also on view is “The Essence of Nature,” featuring a range of work — including a 36-foot-long mural — by painter Marlene T. Yu, who combines Chinese painting techniques with the West’s abstract expressionism. Her rich colors must be seen in person to be fully appreciated. “Voices” runs through April 26 and “Nature” through May 3. Visit springfieldmuseums.org for more details. 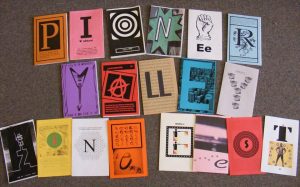 The internet may have altered the publishing world, making printed publications, from books to — especially — magazines to newspapers, more endangered commodities. But there’s still a thriving world for zines and other do-it-yourself publications. You can see many of them at the Pioneer Valley Zine Fest, which returns on April 4 for its ninth season. Held at the Flywheel Arts Collective in Easthampton, zine fest brings together dozens and dozens of zine makers and distributors from New England and beyond; aside from lots of displays of the product, the 12-hour festival has typically offered zine-making workshops, live speakers and some musical performances as well. For people who want to display and sell their zines, visit facebook.com/FlywheelArts and follow the link for events. 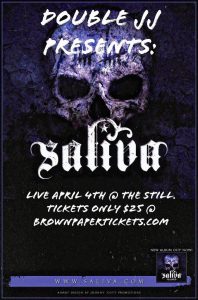 As Advocate music writer Jennifer Levesque wrote earlier this year, John Joyce has created Double JJ to return to booking shows in the Springfield area after a few years of running his own club in the early 2000s. “My current focus is to bring in national acts that people actually want to see, and that are still relevant, and keep ticket prices at a very affordable cost,” he told Levesque. On Saturday, April 4, at The Still in Agawam, he’s bringing in touring act Saliva along with local bands Hero & The Horror and Adams Rib. The Still Bar & Grill, 63 Springfield St., Agawam. $25.  brownpapertickets.com. 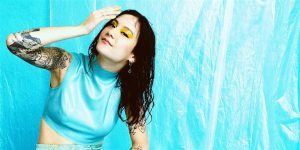 For Philidelphia-native Michelle Zauner, her solo project Japanese Breakfast began with a challenge. She wrote a song every day for a month, and in the end, an initmate lo-fi album accompanied by her electric guitar eventually led her to adopting Japanese Breakfast as a moniker. On Psychopomp (2016), released by Yellow K Records, Zauner honed her lo-fi bedroom pop into a larger sound where she deals with the emotional fallout of her mother’s death. She went on to record a more ambitious album, Soft Sounds From Another Planet (July 2017), which delved into themes of grief, dead pop stars, outer space, and moving on. Joining Zauner at Gateway City is Barrie, a musician who crafts pop songs late into the night in her Brooklyn apartment. Her latest release, Happy To Be Here (2019), is low-key with bright melodies. 8 p.m. $25. Gateway City Arts, 92 Race Street, Holyoke.  gatewaycityarts.com. 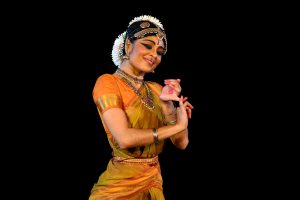 The UMass Fine Arts Center will host Ashwini Ramaswamy’s “Let the Crows Come,” a south Indian classical dance piece that will take place in Bowker Auditorium starting at 7:30 p.m. According to the UMass Fine Arts Center, the production evokes “mythology and ancestry” using dance forms such as bharatanatyam and carnatic. The dance performance was created by Ramaswamy of Ragamala Dance Company and includes collaborations with musicians, dancers, and DJ Jace Clayton. The performance includes a series of three dances by three composers, which explores “how memory and homeland channel both guidance and dislocation.” Bowker Auditorium, Stockbridge Hall, 80 Campus Center Way, Amherst. 7:30 p.m. $20-$35. fac.umass.edu. 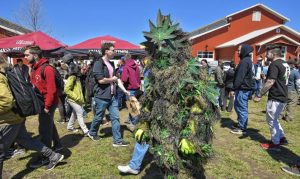 In a last-minute twist, the annual celebration of all things cannabis — Extravaganja — will be at Franklin County Fairgrounds in Greenfield this year after speculation it might take place in Holyoke. The weed festival has had a bit of growing pains of late, with Amherst officials stating a few years ago it was too big for its traditional home on the Amherst Common, and then issues with it taking place at the Three County Fairgrounds in Northampton. In a recent interview, Franklin County Fairgrounds president Mike Nelson said his organization has come around: “There is a whole new culture around marijuana in recent years. It is legal now.” Hear music and pro-cannabis speakers at the festival on Sunday, April 19. It goes from noon to 8 p.m. Tickets are free, but there will be a $5-$10 charge for parking.

Silverthorne Theater Company is presenting a festival of new works for the stage called “Short & Sweet: A Festival of (tiny) New Plays.” There will be two weekends with eight short (10-14 minutes) plays per week — many of which were written by local playwrights. One particularly fun aspect is that two ensembles of six actors apiece will perform all eight of the plays on their respective weekends. On the third weekend, the top four plays will be revisited. Individual tickets are $20 for a single weekend, and a $50 festival pass covers all three. Hawks & Reed Performing Arts Center, 289 Main Street, Greenfield. Info at silverthornetheater.org or call 413-768-7514.