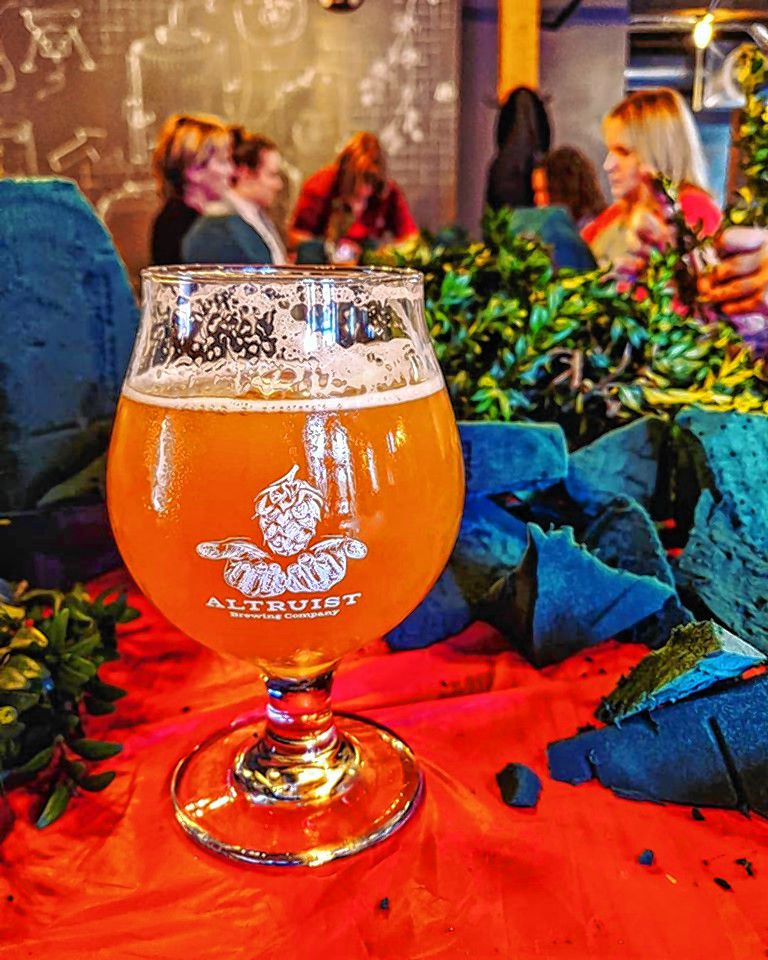 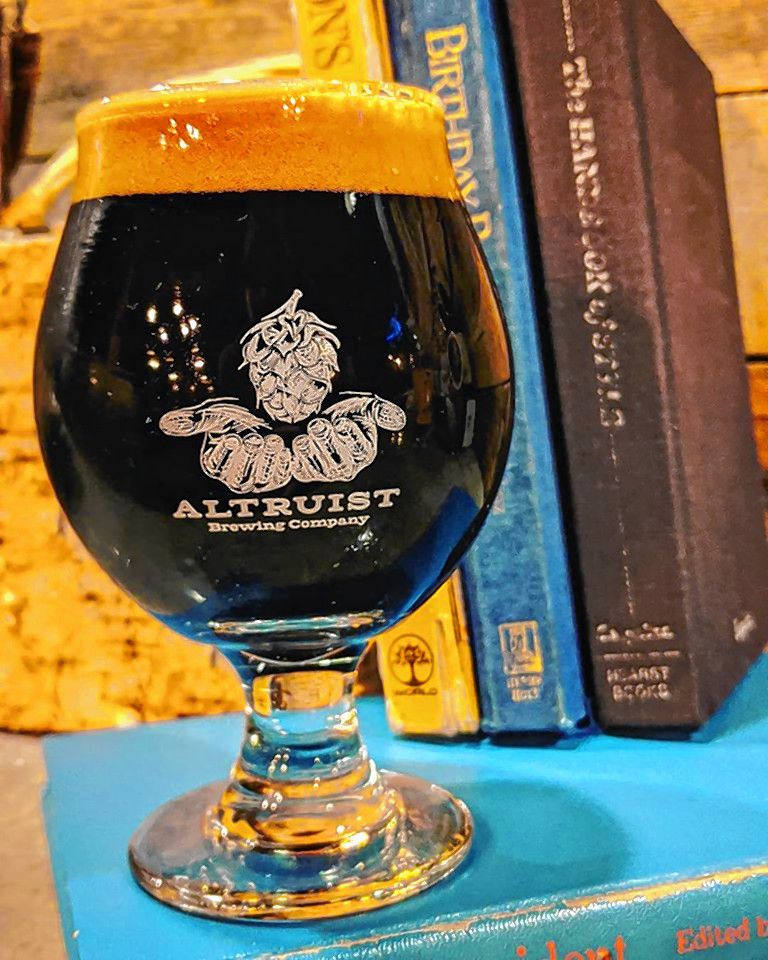 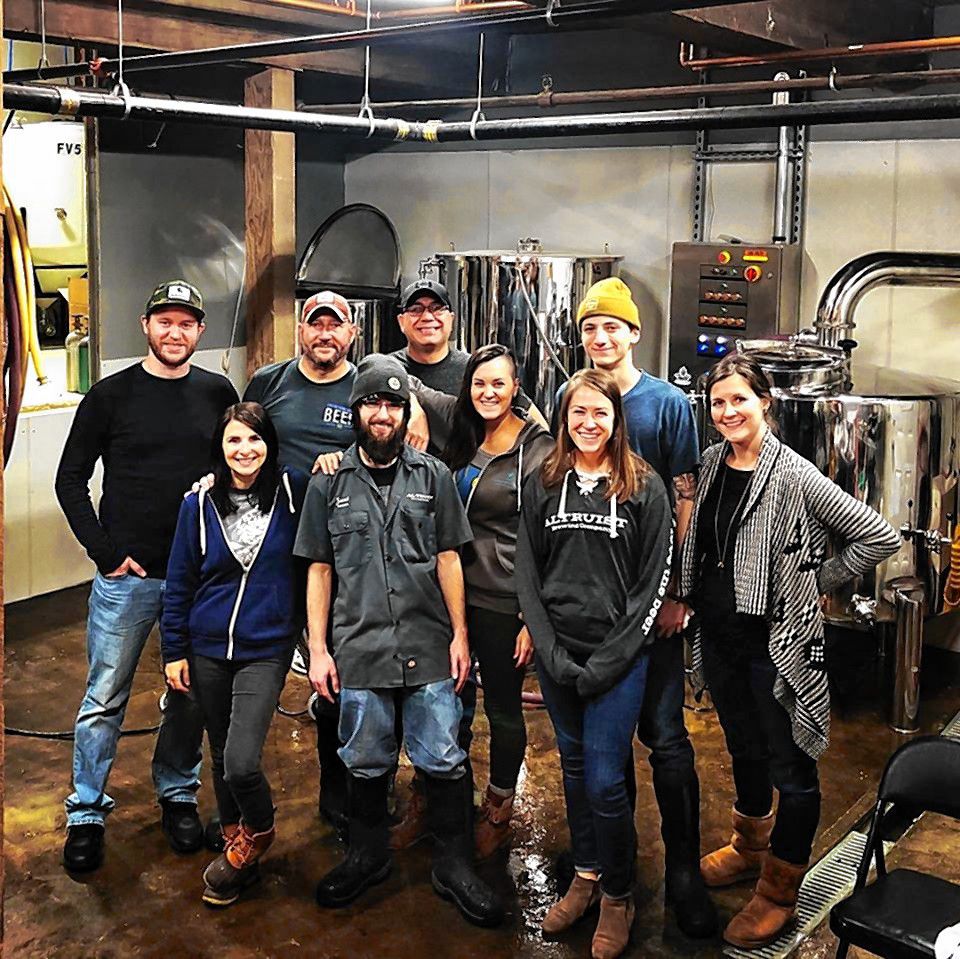 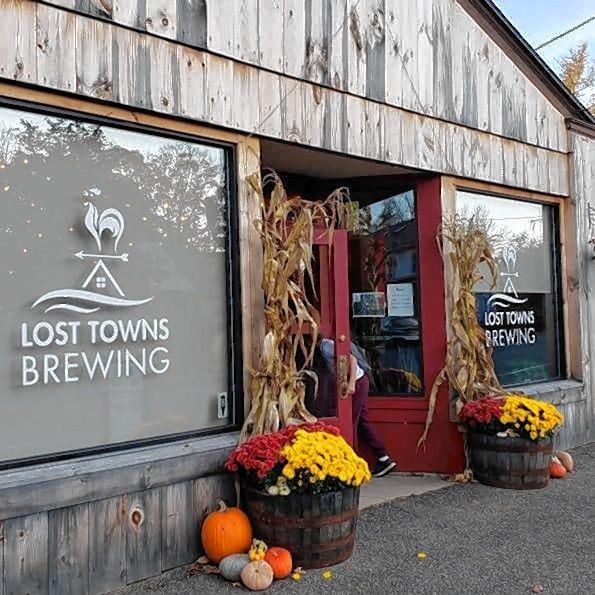 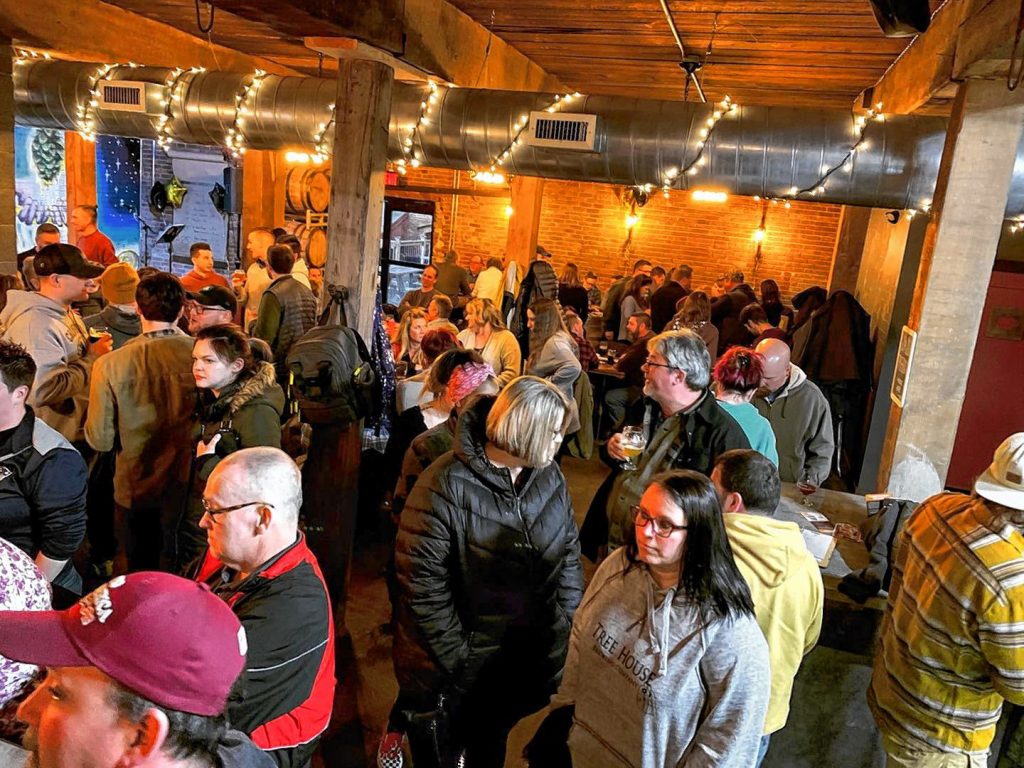 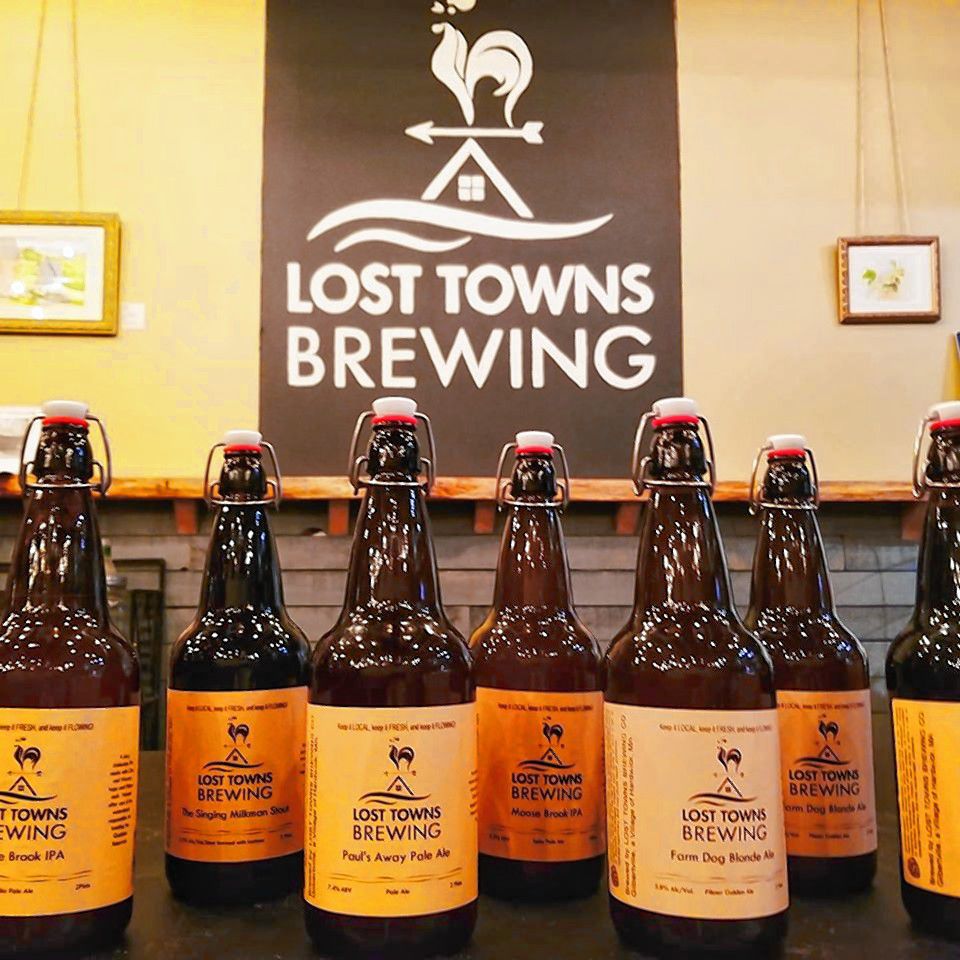 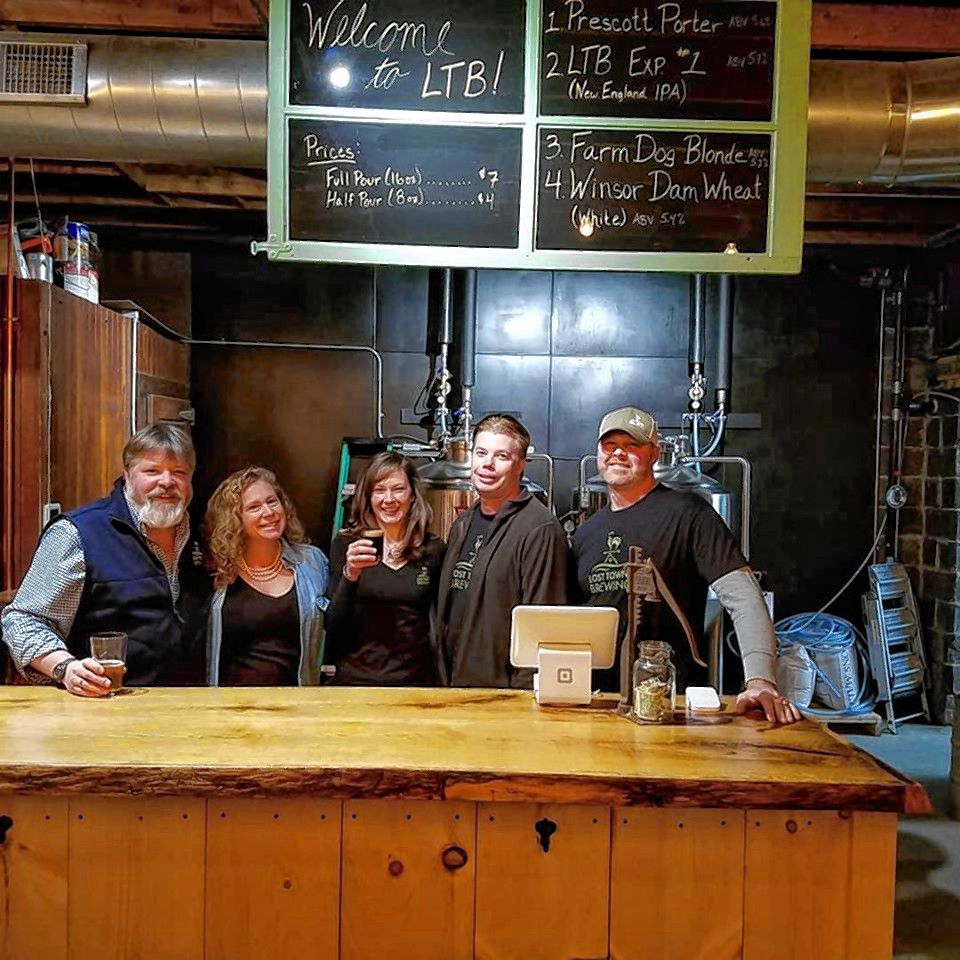 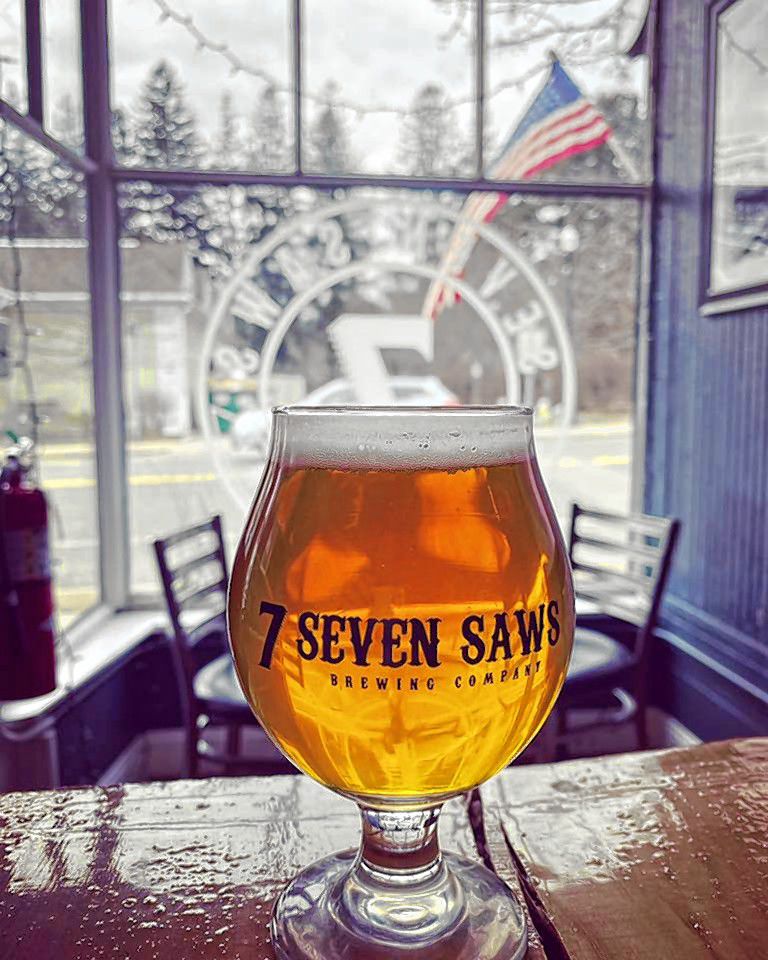 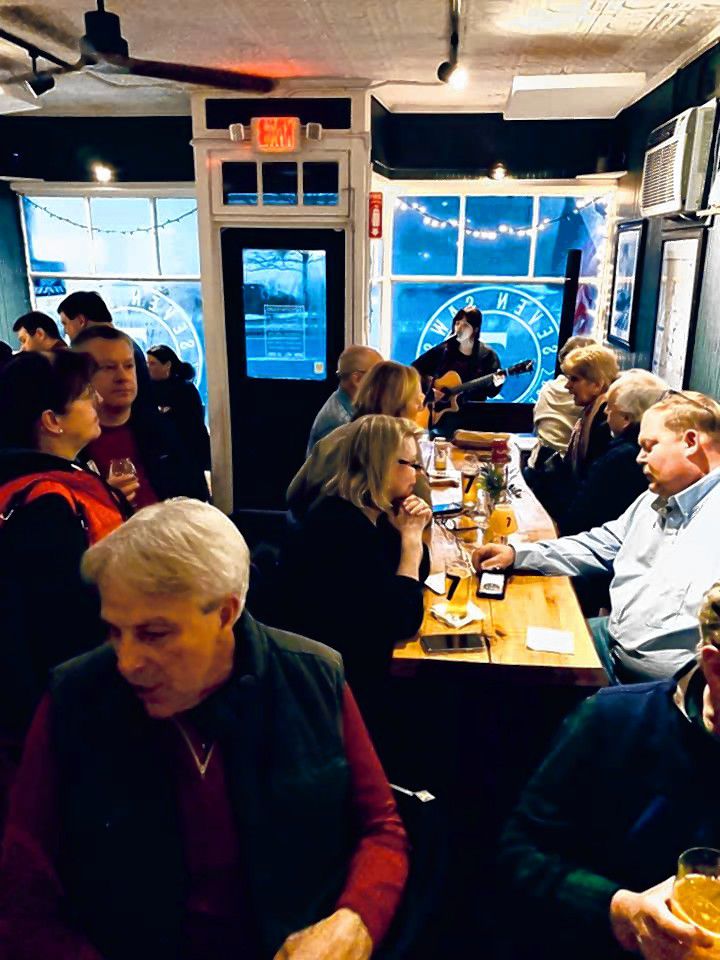 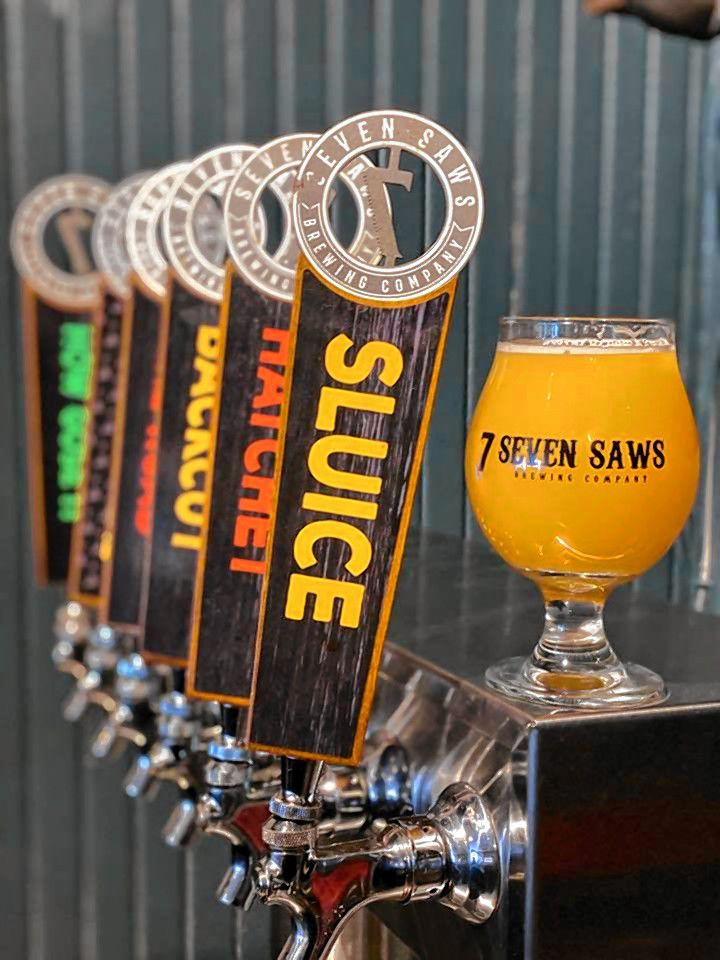 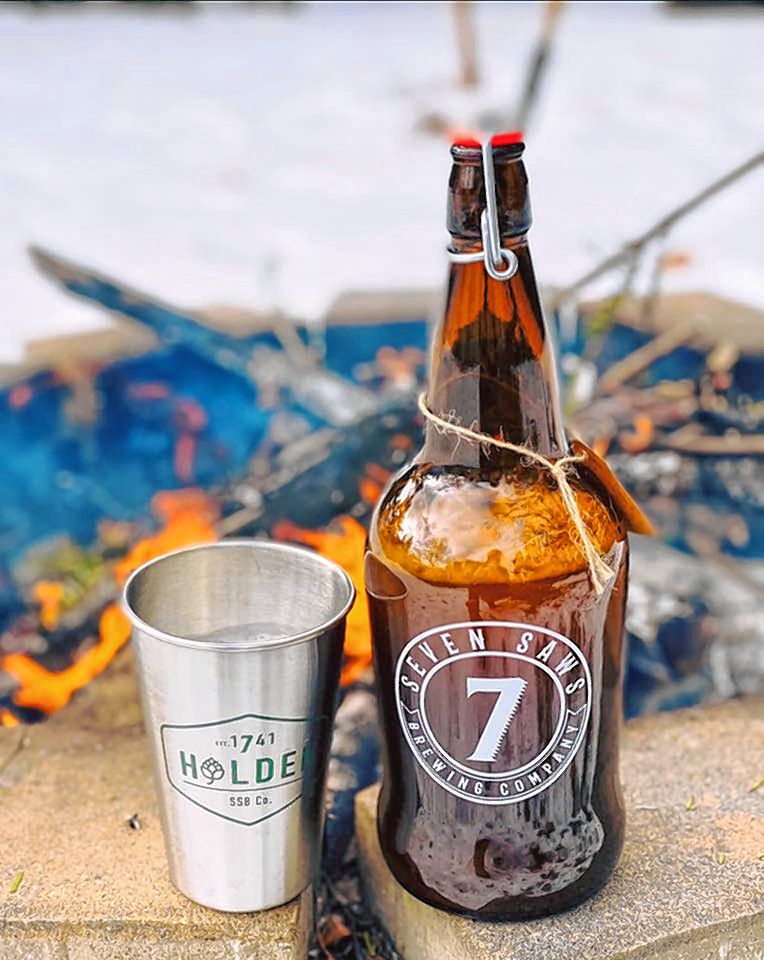 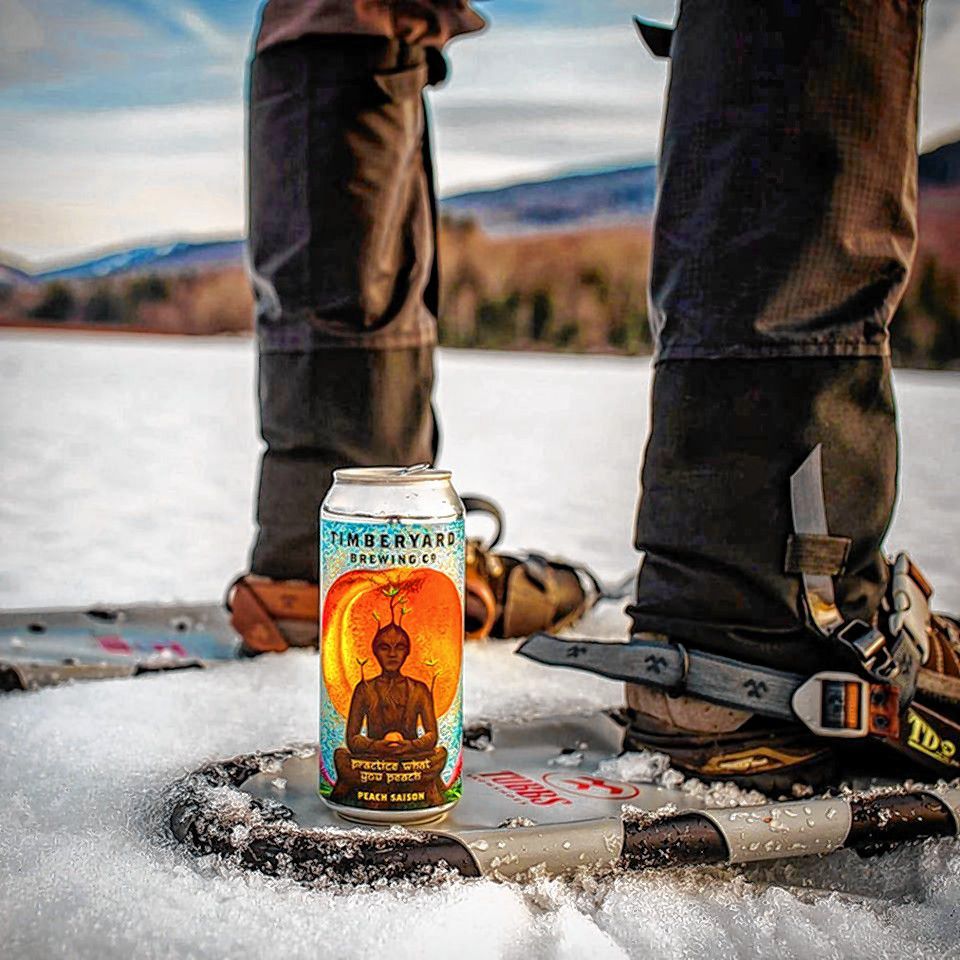 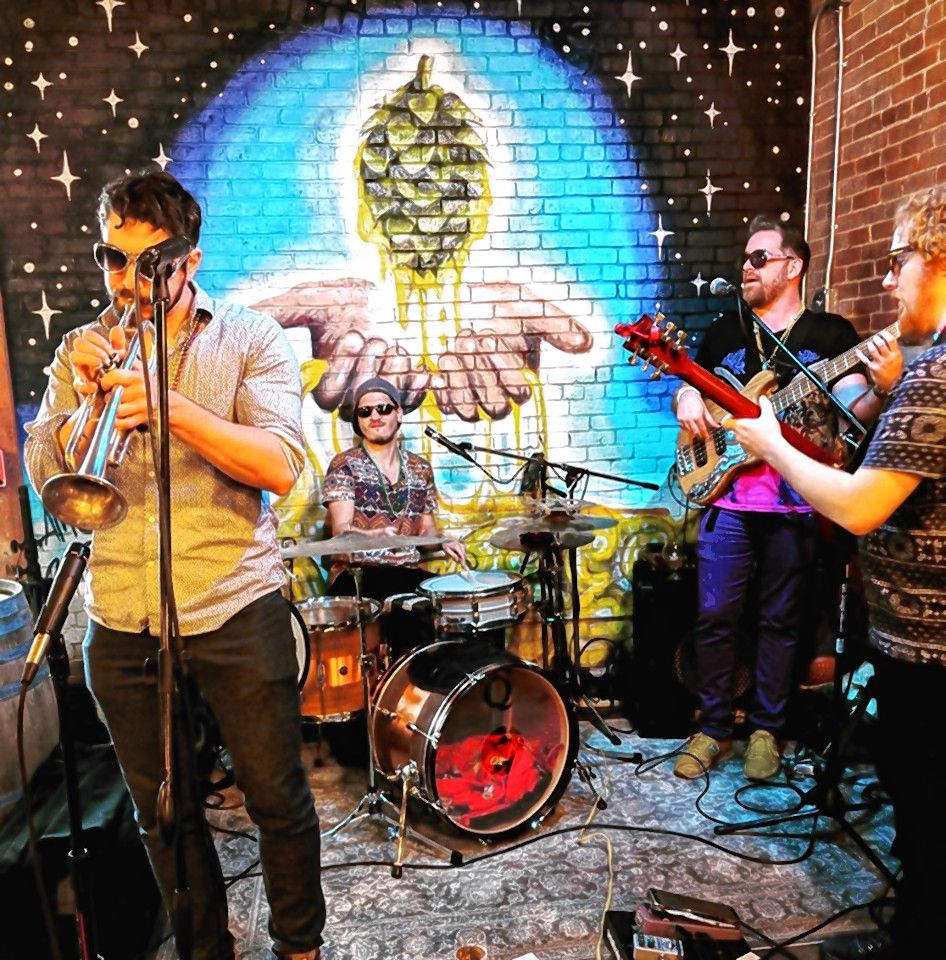 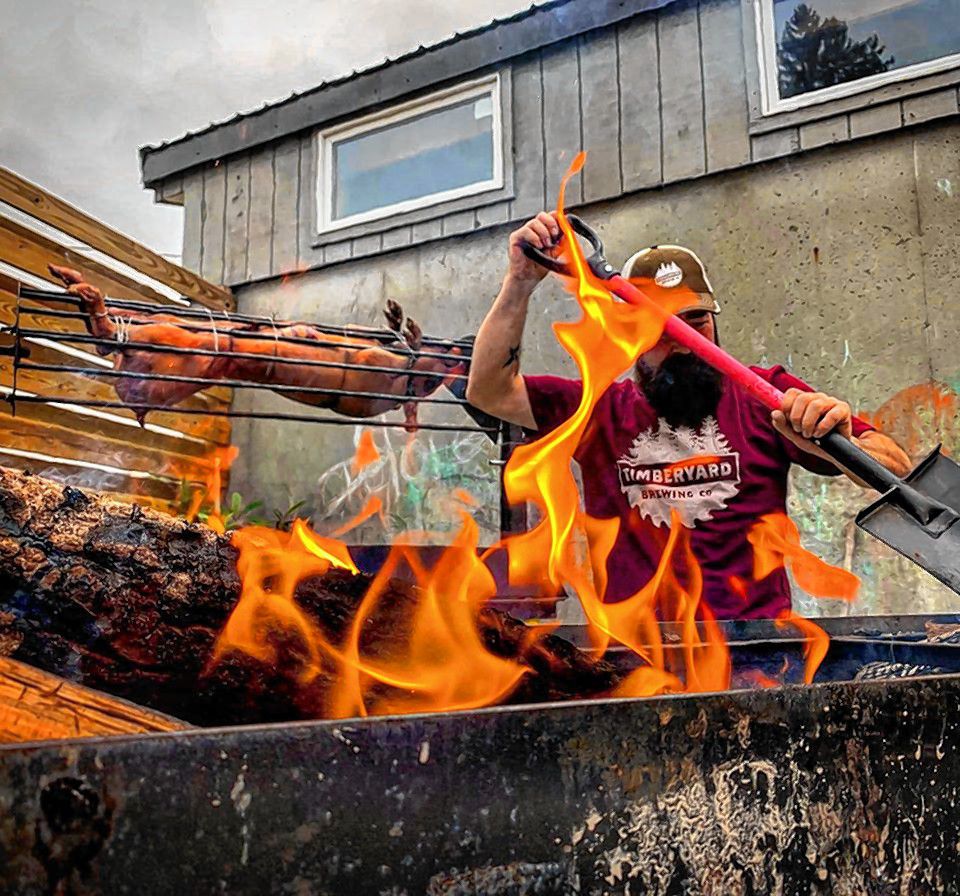 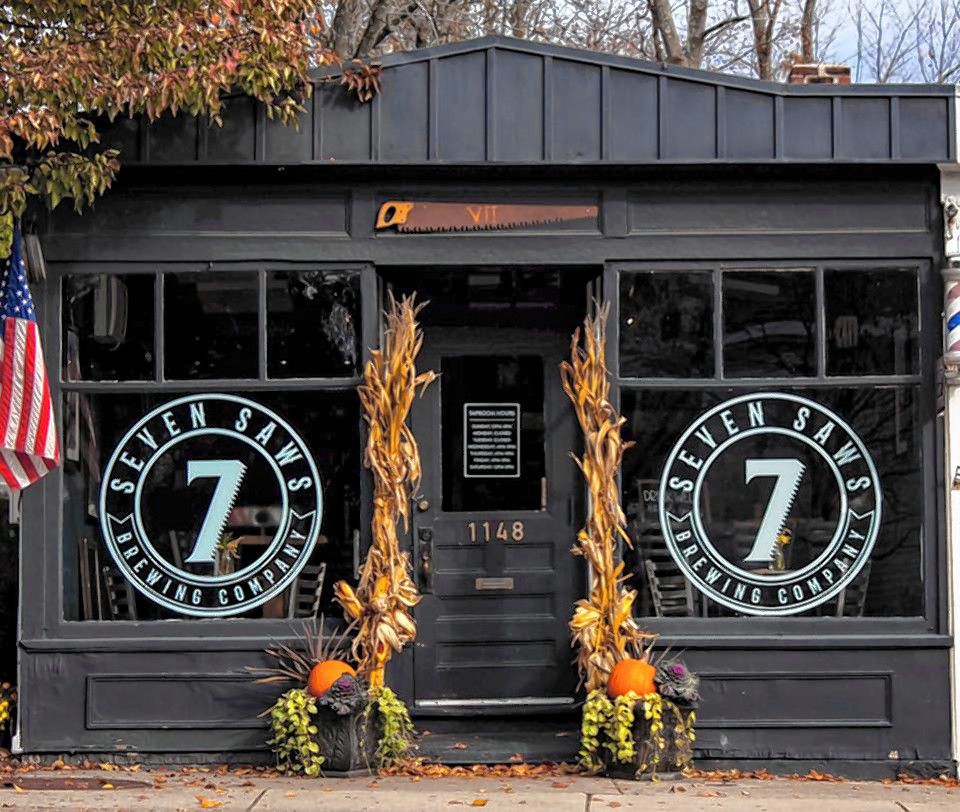 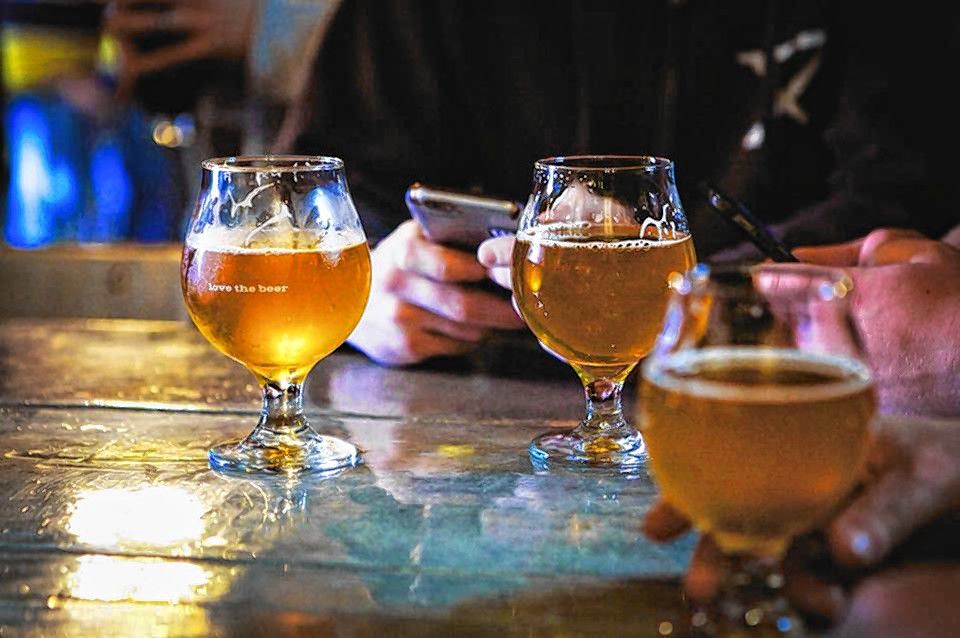 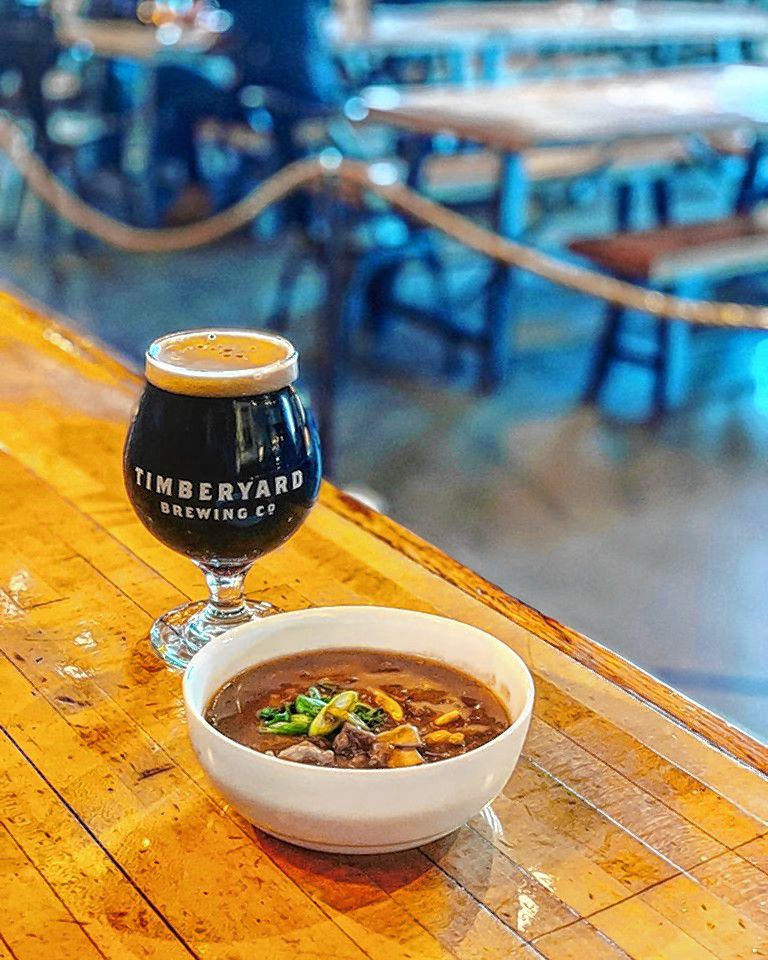 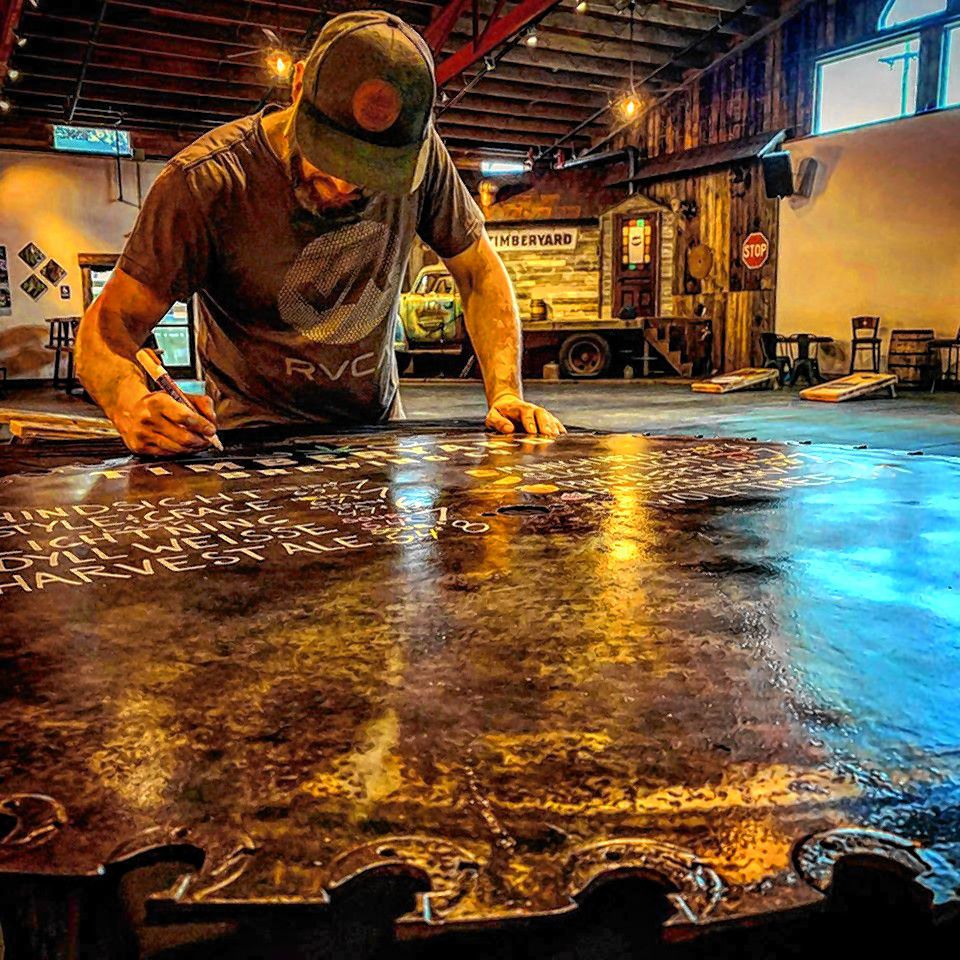 I was a kid from the Western Mass hills, and proud of it. But at my far-off college campus, where I’d flown in search of a higher education wearing Teva sandals and an Enter the Haggis hat, my college friends would raise their eyebrows when I’d say I came from Massachusetts. “Oh, Boston!” they’d reply, nodding knowingly.

No, not Boston. Was no one aware of the muddy, rocky, politically patchwork paradise that is the Massachusetts hilltown region, famous for its aversion to electric traffic lights and the charming over-promise of its “Thickly Settled” road signs? Did no one appreciate the splendor of the rural Northeast? When someone tells you they’re from Wyoming, you don’t reply with “Oh, Cheyenne!” now, do you?

I kept this to myself. I was also tempted to keep wearing the Teva sandals in order to make a point about my noble place of origin, but the foot Velcro seemed to ding my appeal among a particular bunch of cute girls from Richmond. I learned (awkwardly) to walk wearing flip-flops instead, but the chip on my shoulder remained.

It’s easy to hang onto such things, and on the occasional straight shot home from Boston on the Pike these days, I find myself thanking my guardian angel that my personal Massachusetts is so well-rounded.

But what about those miles of green, quiet Worcester County that go blurring past my car window on those drives? I’ve long neglected them, and the stories there. Recently, I’ve seen more and more breweries opening along this stretch of the Pike. So, I thought I should make an effort to put my money where my mouth is, and stop for a while in Central Mass to do some more thorough exploring of my state.

The impetus for this was Altruist Brewing Company, which I’ve been excited to check out since it opened in Sturbridge in early 2018. The brewery’s small hand-crafted batches of suds looked clean and appealing on social media, and I’m happy to report that the rotating line-up is also worth it in person. 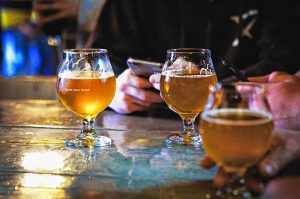 The wind was especially chilly on the day I stopped in, so I was happy to encounter the Altruist taproom, which has brought a warm and minimal design to one of the town’s nicer old mill buildings. At the bar, I sampled several creative beers. Perhaps I was in a cold-blooded mood, because my favorite on that visit was Dracula Juice, a smoothly delicious dark-purple Berliner Weisse made with blackberries, hibiscus, and vanilla.

But this spot cranks out numerous creative beer recipes, as well as kombucha. Universal Donor, a double New England IPA with notes of melon and citrus, seems particularly popular, but the Altruist taproom also offers (at the moment) a brown ale, a nitro oatmeal coffee stout, a bourbon barrel-aged stout, a blonde ale, and a saison, among others.

It would be easy to spend all afternoon in a converted industrial hideaway like this, but once you’re in this neck of the woods, I’d highly recommend hitting the road and making a circuit through some neighboring towns. As long as you (please) consume in moderation — or, better yet, bring a designated friend who can handle the driving, just in case you get surprise-walloped by an imperial pour — I’d encourage you to call this a day trip.

Nearby in southern Worcester County is Timberyard Brewing Company, which I described in a column last winter as a not-too-distant place to wander if you’re looking to cancel your cabin fever. This place opened in October 2018 in a high-ceilinged, 3,500-square-foot renovated lumber building in East Brookfield, about a 20-minute drive from Altruist, and runs live events and a nice in-house kitchen in addition to some really stellar beers. 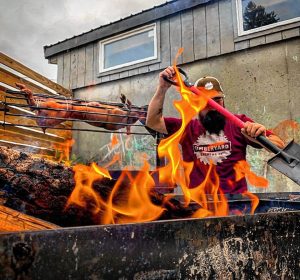 Perhaps my favorite is the full and juicy (but not too sweet) Hindsight IPA, but others may prefer other hoppy options like the Side Pony imperial IPA — brewed by the women of Timberyard in collaboration with the Pink Boots Society — or a great session IPA called Lazy Lightning, which is double dry-hopped with Eureka and Mosaic hops for a lot of dank, tropical flavor at a low ABV.

Also worth a try at Timberyard: a kettle sour ale called Idyll Weisse, a Munich helles lager, a farmhouse ale brewed with peach and apricot, and a nice chocolate vanilla stout called Wolftree (the brewery also makes organic, non-alcoholic root beer and ginger ale in house). This place always has a generous amount of canned beer available as well, so don’t forget to peruse the fridge.

While near the Quabbin, I remembered to check out Lost Towns Brewing, named for the now-underwater towns of Dana, Enfield, Greenwich, and Prescott that were flooded during the creation of the reservoir in the 1930s. This brewery is in nearby Gilbertville, in a charmingly rustic little roadside building. 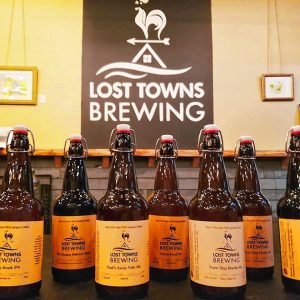 The staff is friendly and the space is cozy. While I can’t point to any Lost Town brews that blew my mind, my flight of four samples was enjoyable, from the Sleeping Sheep Galaxy IPA and a pale ale called Paul’s Away (brewed with local hops from Four Star Farms in Northfield) to the Singing Milkman dry milk stout and a bitter called Boston Water Source.

During my visit, the taproom at Lost Towns had eight beers on tap, about 20 visitors — which seemed perfectly busy for the small space — and two friendly dogs trotting from chair to chair, smiling and snuffling at newcomers. This homey operation seems on solid footing, and has a next-door-neighbor atmosphere that appeals. Co-founder Curtis Stillman and his wife Halley own Still Life Farms in Hardwick, and this seems to have shaped the farmer-brewer mentality at Lost Towns, which relies on local ingredients as much as possible.

Then, if you’re up for it, push a little further afield to a town I’d personally never passed through until recently: Holden, a small town just north of Worcester that is home to a nice new place called Seven Saws Brewing Company. 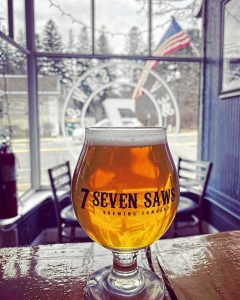 “We want everybody to experience how critical it is to have a healthy and happy community that supports one another,” reads the website for Seven Saws, which a team of four locals opened in the spring of 2018 and named for the seven saw mills that once operated in Holden.

That mission is apparent inside the brewery’s welcoming shopfront, which provides a relaxed, easy space to hang out, with the occasional acoustic artist sitting just inside the front door strumming tunes.

While Seven Saws is a pretty small operation — currently the brewers use a one-barrel brewing system — the brewery operates on a brewpub license rather than a farmer-brewery license, which allows the bar to also serve alcoholic beverages made by outside companies. While the goal here is to expand over time into a larger restaurant, I think the current iteration is a great draw.

The flight of beers I picked at Seven Saws ran the gamut, and all were enjoyable: a citrusy and juicy New England IPA called Mill Street, an awesome black IPA called Backcut packed with deep roasted malty goodness, a honey lavender blonde ale called Buzzsaw that reminded me of a really flavorful iced tea, and an espresso stout called Foglifter that brought a plentiful amount of coffee flavor without coming off as too candy-like.

During my visit, Seven Saws also had a pomegranate sour on tap, as well as a Russian imperial stout, a witbier, and several more IPAs and pale ales. It’s all too much, of course, for a distant traveler like myself to sample in one visit. So for the sake of a united rural Massachusetts, I’ll be returning soon to these quieter corners of Worcester County. Ours is a great state for beer these days — even in the part that’s not Boston.

>> Fans of Amherst Brewing can now find a distinctly different dining and live music experience at the brewery’s home on University Drive. A new space adjacent to The Hangar, called Taproom 55, just opened at the end of February, and it serves a stand-alone menu of food, wine, and cocktails, as well as some exclusive Amherst Brewing beers. This Beerhunter loves Hangar wings, but was struck by a recent hunger-inducing Facebook photo of Taproom 55’s new “combination slate,” a loaded cheese and charcuterie board that will encourage local visitors — even the beer nerds — to class it up a bit.

>> Wormtown Brewery is turning 10, and its staff is celebrating a decade of business with a huge all-day party on March 14 at 72 Shrewsbury Street in Worcester. Stop by for live music, hot dishes from four local food vendors, party games, and the release of Wormtown’s new Decade Dance Imperial Pastry Stout.

>> Speaking of Pittsfield: a new downtown brewery is in the works. iBerkshires reports that Pittsfield’s City Council is in tax financing talks with 41 North Tap Room, which hopes to build out a brewery, tap room, and kitchen at that address. Robert Trask, the principal on the development team, also owns 51 Park Restaurant and Tavern in Lee. We’re still a good ways off on that project, but I’ll be adding a bookmark to my brewery book.

>> Please hold out a smidgen of hope for humanity, despite the fact that a recent survey from 5W Public Relations found that 16 percent of Americans are confused whether Corona beer is related to the coronavirus. The survey also says that 38 percent of Americans “would not buy Corona under any circumstances now,” although I’d have a hard time refuting that impulse. In response, Constellation Brands, which owns Corona, claims that sales are actually up 5 percent in the U.S. over the past month. Regardless of beer sales, please help keep the most vulnerable around you safe by washing your hands with soap for at least 20 seconds (which you should have been doing since grade school — remember the posters?) and using hand sanitizer a little more often. Also, don’t touch your face, or other people’s faces. That’s just good bar etiquette.