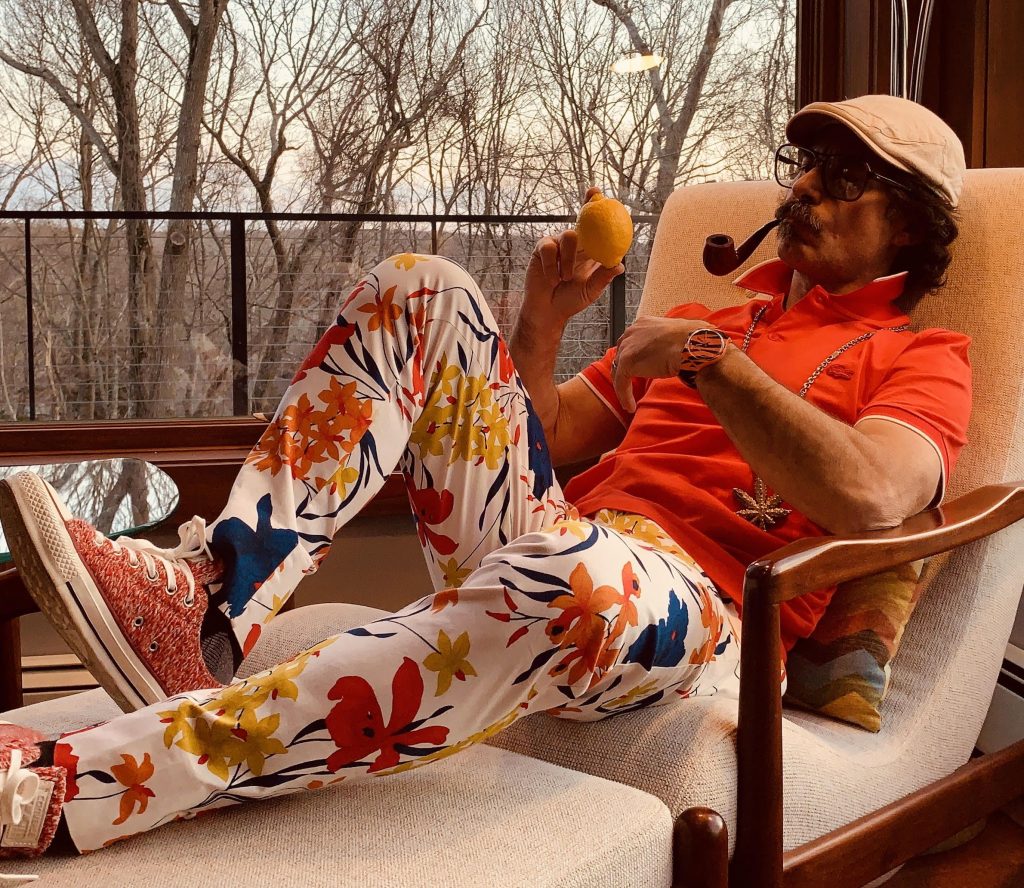 One day late last week I scrolled through Facebook to find memes to laugh at and maybe some new music to check out. I came across a video that three or more of my friends shared.

“Oh yeah!” I got excited when I saw the preview image of the YouTube video of Agawam native Doc Westchesterson riding a bright red moped with a white helmet.

“The World Needs A Doctor” is a theme song for COVID-19. The video shows Doc in quarantine, playing Scrabble, smoking weed, playing music with a pyramid of toilet paper shown in the background, practicing yoga and meditating.

Lyrics attached to the tune are informative yet fun and catchy: “If you panic, phone a friend / I know it seems like the world’s gonna end / Take a deep breath / Inhale, hold, release it slowly, regain control / Focus.”

The best part of the video is when he takes his moped out for a drive. He drives past his friends’ houses (you’ll notice some Valley-famous cameos) and throws them single rolls of toilet paper.

I tuned into Doc’s Facebook live video in which he performed his songs with their videos playing in the background. He wore leopard print pants and a marijuana leaf tee with a matching gold necklace, white Adidas kicks and a workout headband and sunglasses.

I sat on my couch in the clothes I was wearing to bed. While I watched, my cat sat next to me and purred. The comments and the virtual like and love buttons kept pumping out throughout the whole performance.

His set was part of the lineup of the #socialdistancingfest, a Facebook live music fest in the Valley. This is only the beginning. Just this past week I’ve watched about five performances all from the comfort of my couch or my kitchen counter while I cooked.

I reached out to Doc about his new song and video, and what’s new with him.

Valley Show Girl: Can you tell us about your musical background?

Doc Westchesterson: I wanted a Pearl drum kit like Peter Chris from KISS. Ma & Pa Westchesterson were like, “no way,” so they bought an upright piano instead. I took classical lessons for a while but then when I was 13, I got into my first garage band. I played keytar. We played my 7th grade dance and after that there was no looking back. Luckily, Agawam High School had a really advanced and amazing electronic music program in the late 80’s. I learned production basics there on mostly analog multi-track tape recorders and outboard effects, although we did also have one of the first Kurzweil digital synthesizer/sequencer combos. So I learned MIDI and basic programming there as well.

My first hip hop experiences were with whatever was on the radio in the 80’s. Run DMC, Beastie Boys … When I went to college, though, there were these two dudes from NYC living on my floor and they really took me down the hip hop rabbit hole. 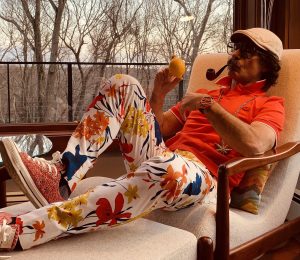 VSG: Can you talk about how the song/video for “The World Needs a Doctor” came together?

DW: I entered self-quarantine on Thursday, March 12. As things developed, it became more and more apparent that it was going to be a serious situation. I was watching the news (big mistake) and texting with a friend who said something like, “Good thing you’re a doctor. We’re gonna need a doctor.” And I just immediately texted back, “The world needs a doctor.” Right after I hit “send” I was like “wait … that’s a song title.” Within about 20 minutes I’d written the song. I started tracking immediately and finished it about 72 hours later. The whole time I was working on the recording the video was making itself in my head concurrently. So when I finished the song I jumped into making the video. I shot everything on my iPhone/iPad and edited in iMovie. I should mention that I was totally iBaked the entire time.

VSG: You live streamed this past weekend. Do you have any more live streams coming up for people to check out?

DW: That was SO much FUN! After doing that stream I think I’m going to make it maybe a monthly thing. Where maybe it’s more like an hour-long variety show or something. Or maybe there’s like … puppets and activities. Like remember how Captain Kangaroo used to have Picture Pages with Bill Cosby and you’d draw along with Bill Cosby? I mean, I probably wouldn’t draw cartoons with Bill Cosby these days, but that was before all the, y’know, roofie stuff.

VSG: Apart from this new song, are there any other music ideas brewing?

DW: Oh man, yeah; definitely. I can’t shut it off. Sometimes I wake up in the middle of the night with a beat or a hook in my brain. I usually try to remember it, but usually when I wake up in the morning it’s gone. I need to keep a little recorder next to my bed like Keith Richards did when he wrote the riff to Jumpin’ Jack Flash. I guess I could use my iPhone. But yeah, I’m always writing new music. I have three other new tracks ready to drop at any minute. I try to spread my releases out, though, so it may be another week or two before I drop my next track. Ideally, I’d love to make a video for every new track I release but that might be ambitious at this point. Then again, I’m ambitious!

You can check out the video for yourself at https://youtu.be/chm-6dr9HFY. Subscribe to Doc Westchesterson’s YouTube channel and follow his Facebook page for more updates on new music or to check out the live video performance from last week. And in the words of the Doc, “Take care of your fellow man.”

Jennifer Levesque writes the bi-monthly column Valley Show Girl. She can be reached at jlevesque@valleyadvocate.com.