Between the Lines: One Nation Under Trump? 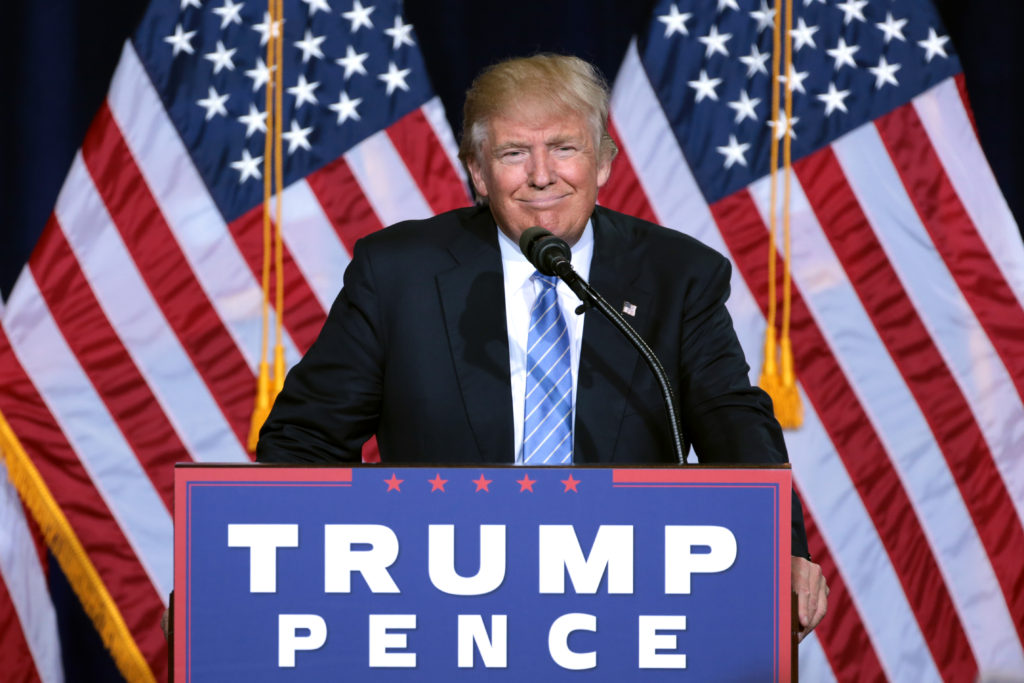 Hillary Clinton voters: It’s time to get on with it. Donald Trump is our next president, whether we like it or not, and the great American experiment in democracy is going to continue.

Please, stop protesting the free and fair election of Donald Trump and petitioning electors to vote Clinton. Maybe we’ll reform the electoral college someday, but today is not that day. Stop talking about moving to Canada: You’re just fanning the flames of division and cementing the stereotype of the entitled, elitist liberal. Save your protesting energy (you’ll need it) to stand up to the real injustices yet to come instead of trying to disenfranchise half the American electorate. If you really care, then dry your tears, get your shit together, and get to work building bridges where you can and fighting for your cause where you can’t.

Donald Trump voters: You need to acknowledge that Trump’s election has empowered American bigots in an unprecedented way. President-elect Trump should step up and condemn white power movements and condemn bigotry in general, no caveats, no back-handed jabs, no tongue-in-cheek bullshit. It’s in the country’s best interest and it’s in his best interest as president. But – whether he does or doesn’t – it’s the unfortunate responsibility that those who supported him now have, as well.  Distance yourselves from those deplorables. You need to step up now and show that you’re not the racist/fascist/homophobes that the media have made you out to be. Condemn the KKK openly and unequivocally. Assure Muslim Americans that they have a place here, too. Let your fellow gay citizens and immigrants know that they’re not under attack. Tell the world that you don’t stand for misogyny. That’s what the other half needs to hear right now.

America was founded by people who profoundly disagreed with one another, but they still found enough common ground to create a model of democracy that is copied and aspired to around the world. A feisty debate is a great American tradition, but it has to take place under the pretense that we don’t hate each other.

So, let’s all find some common ground and start talking again. Things we can all agree on: Trump was callous and reckless with his words during the campaign.

Something else we have to agree on: everyone has to condemn discrimination based on race, religion, gender, and sexual orientation. Non-negotiable. By not distancing himself from — and in some cases instigating — hateful behavior, Trump earned an endorsement from the KKK and has emboldened bigots across the nation — like the ones who left the Pro-Trump, anti-Semitic, anti-black graffiti on Mount Tom last week. If you don’t consider yourself a bigot and you voted for Trump, then you have more reason than anyone to be mad about the cretins giving you a bad name. They’re killing your credibility.

Done? Great, that was easy! Now we can talk to each other like human beings, Thanksgiving is looking a lot less stressful. You and your conservative uncle can have a beer over your shared sentiment that more needs to be done to help America’s struggling middle class. You and your liberal niece can bond over your mutual disgust with the Pussygate scandal.

Once we’ve gotten that far – once we recognize one another as equal human beings – we can start talking about the issues and get down to the business of solving problems.