Back Talk: Rage Against the Gantries 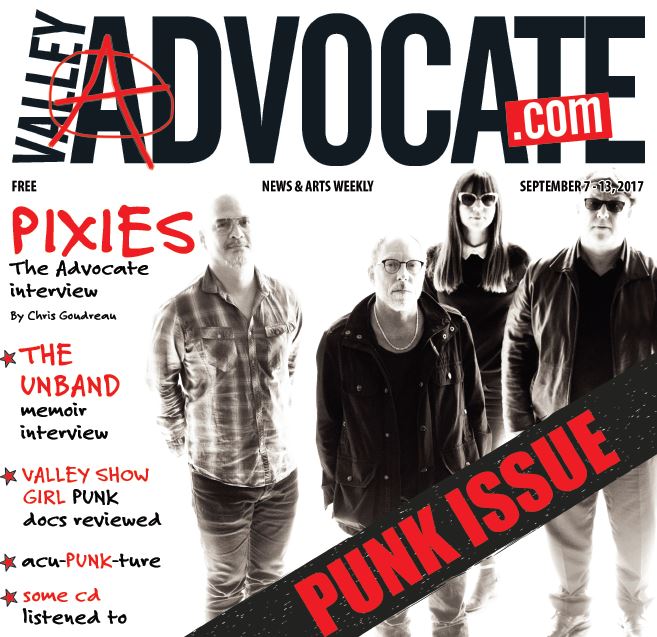 Editor’s Note: Welcome to our letters to the editor page. Here you’ll find comments from readers on Advocate articles and other news. We collect readers’ opinions from emails, letters, Facebook comments, and comments to valleyadvocate.com.

Want to get in on this? Email editor@valleyadvocate.com and put “BackTalk” or “letter to the editor” in the subject.

Comments in response to “The Top 5 Reasons To Hate The Mass Pike All-Electronic Tolls,” published online Sept. 7, 2017, and appearing in print in this week’s issue.

Fletcher Smith: So when will we start being charged for our miles … annually or pay as we go? What’s a fair price for oxygen usage and carbon dioxide processing. Oh, why not a dollar a year for our public servants and they could work for tips … or do they do that already? William Bulger, Salvatore F. DiMasi, Thomas M. Finneran, Charles F. Flaherty, Dianne Wilkerson …

Crystal Lynn: $16 in May to go round trip from west side to downtown Boston Without an E-Z Pass.

Samantha Wood: Thank you many times over for writing this.

David Rolandini: Agreed, gantries is such a dumb word.

Jessica Dunphy: I think it’s a good idea. We used to have to sit in traffic because the tolls got so backed up! 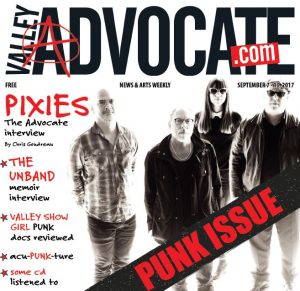 I enjoyed the Punk Rock issue, (Sept. 7-13, 2017). I remember seeing the Unband and selling their CD’s at Dynamite Records. It was great when they got signed to TVT Records! If you saw them on a Friday Mike would look like he’d been wearing the same jacket and vest since the previous Saturday. The drummer had dreads before every other rock n’roller had them. Guitar player looked like a character out of Keith Richard’s “Life.” The first time I saw the name Pixies was on a poster for a gig at Sheehan’s which has been Eileen Fisher, gray clothes for women, for 25 years!

The Bay State was kind of a joke flop hotel until Sheehan’s closed. Then Mal Thursday and others convinced Ron, the owner to start doing music in the Hotel lounge. Early 90’s I saw Morphine and Royal Trux there. Pearl Street Club Room had the Bad Brains twice, both versions. Dinosaur Jr. was great at Katina’s out on Rte. 9 (now a printing business). They drowned out the sound system! They were also great at the “after Jordi before Eric” Iron Horse in Fall ‘94. Neil and Stu were holding down the bar even then! $3 cans of Bud!

But, as Bob Dylan once wrote: “The good old days are gone and the new ones ain’t far behind.” Maybe, as the slogan goes: “Music alone shall live.”

As parents, we need to involve our own children and school cafeteria managers in promoting healthy, plant-based foods in our local schools. Entering “vegan options in schools” in a search engine provides lots of useful resources.