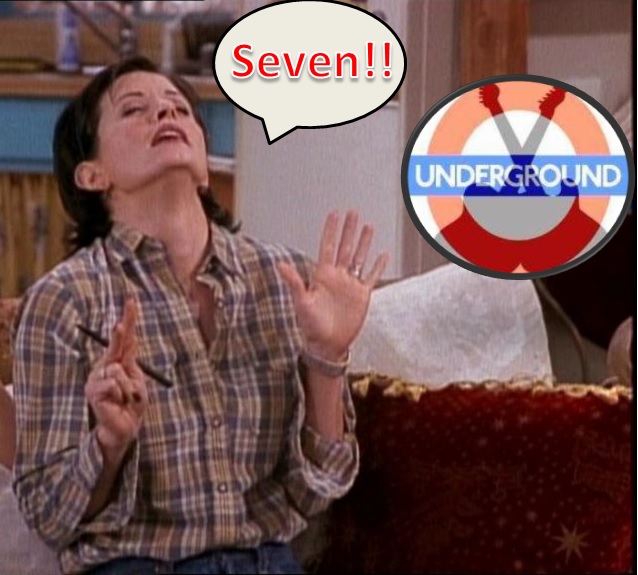 Seven is a tricky number. Lucky number seven, the seven deadly sins, “Seven Brides for Seven Brothers” – various attributes and symbols have been attached to this figure countless times. And no association with the number seven feels more applicable today than the “seven year itch.”

The so-called seven year itch is a term most often defined as a feeling of restlessness or increase in dissatisfaction that occurs during the seventh year of a marriage. Some divorce rates seem to bear this out, but many couples stay married past seven years, so evidence on this front remains inconclusive. Oh, and there was a movie called “The Seven Year Itch” that discussed this very topic. Yes, it was the film with Marilyn Monroe and the subway grate scene.

Now writing a blog is not the same as being wed to another person, but the passing of years does equate to a series of rises and falls in emotion no matter the endeavor. So what to make of the seventh anniversary of this blog’s launch on the Valley Advocate’s website? In last year’s anniversary post it was written that, “Benchmarks of five years or 10 feel more momentous than just another notch added to the belt during the intervening period.” That sentiment still holds true. Yet, there are stirrings, like the first spider-legged steps creeping up an arm or the small of one’s back.

A seven year itch is not a bad sensation. The natural tendency is to scratch. Since a new year has just started and (some) resolutions are still being kept, a seven year itch can be lumped in with the annual urge to start fresh. Some like to view January 1st as an impetus to try new things this time around. Why not now? 2018 is a clean slate, so too a seventh anniversary. To maintain interest and engagement, why not use a “seven year itch” as the catalyst to change, grow, adapt or mature? Scratch the itch, kick ideas around, and renew focus.

A seven year itch can bring strength. If a status quo has formed, break the wall down. Expand the view, question the situation. And if you’re not sick yet of this collection of cliché slogans, here’s another one – strive for a difference. Take inspiration from the notion that feeling restless at this point is not unusual. Use that reassurance as fuel.

Most importantly, a seven year itch is not final. Just like the desire to perform a household purge in which innumerable carloads of items get shipped off to Goodwill seems to well up on an annual (or seasonal) basis, so does the itch to shake up a longstanding commitment reoccur from time to time. Be emboldened by the opportunity, but don’t burn the house down.

In summation, here’s to 2018, more time spent underground (or snowed in), and reaffirmation. Plus, subway grates. Always watch out for subway grates.