Valley Showgirl: Say Darling took me to Patsy-ville at Back Porch Festival 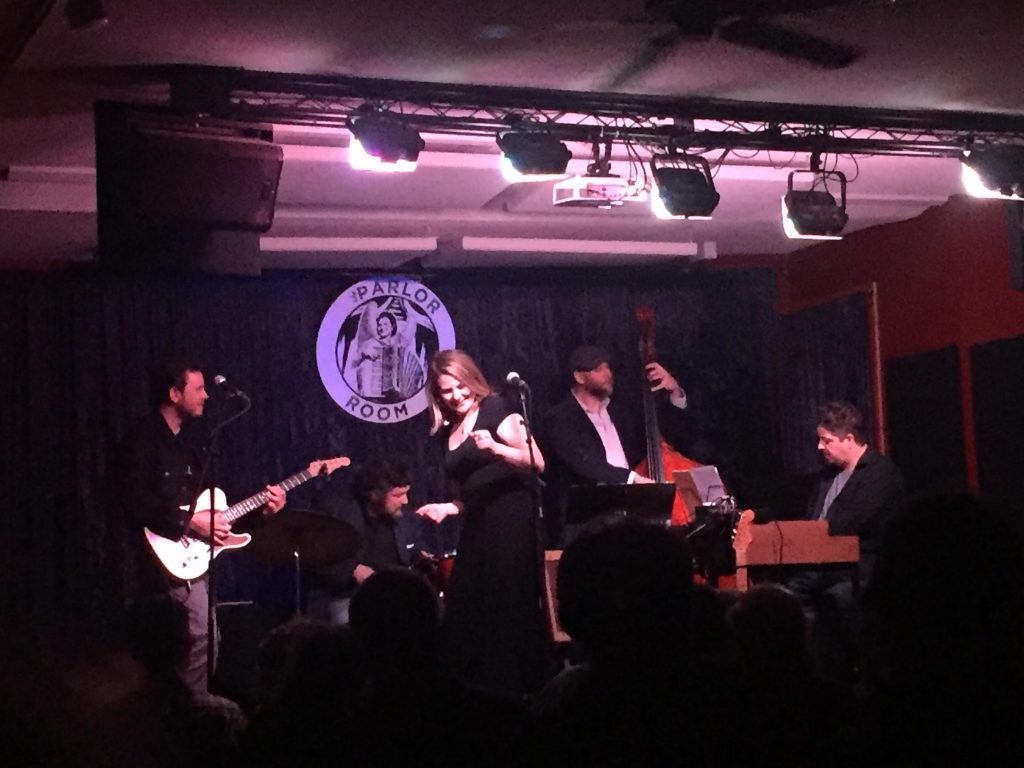 For over 25 years The Back Porch Radio Show has been airing Sunday mornings on The River 93.9 FM. Curated by radio host Jim Olsen, the selected sounds are a variation of American roots music including bluegrass, folk, classic country, blues, and more.

Olsen is also the president of the record label and live music presenter Signature Sounds which produces about 200 shows in the Valley every year, including The Back Porch Festival. Now in its 4th year, The Back Porch Festival brings together some of  Olsen’s featured faves from the radio show, and took place this past weekend. Dedicated to American roots music, the lineup bounced back and forth between the Parlor Room and the Academy of Music Theatre. 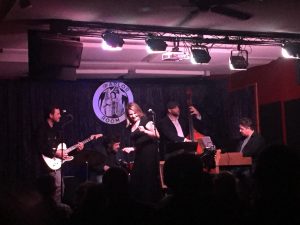 The first night of the festival kicked off at the Parlor Room which is also run by Olsen and Signature Sounds. Ten minutes to show time, we walked in to find the last two-in-row seats up against the wall near the merch tables.

Every time I’ve been to the Parlor Room, it’s been jam-packed; folks huddled up close and seated in black fold up chairs. A handful of later comers have to stand near the entrance.

The lights dimmed and Olsen came on stage to kick off the festival. And, as in years past, Olsen and the powers that be had selected a classic country music legend to honor. This year, it was the extraordinary Patsy Cline.

New England-based Say Darling were the first to grace the stage and jumped right into Patsy-ville. They played her classics, Crazy, I Fall to Pieces, Back in Baby’s Arms, and so many more gems. Grammy-nominated singer and songwriter Celia Woodsmith said she was influenced by her mother’s love of Cline’s music while growing up. Woodsmith’s mother was in the audience that night; I’m sure she was proud.

The mixture of the stand-up bass and the electric twang of the guitar molded perfectly with the soft percussion and elegant keys. It brought me back to when these songs were originally written. Woodsmith told us that she had to learn how to sing like Cline and emulate the emotions felt through the lyrics. Woodsmith mirrored Cline’s sound on these gut-wrenching tunes, all the while looking pleasantly happy, while giving us goosebumps.

It was also a Patsy Cline trivia night. I learned some interesting facts: Patsy referred to herself as “The Cline,” which is just amazing and ballsy for a woman to do in the ‘60s.  She also did the “pay before play” thing before it was a thing. She didn’t play until she got paid what was promised, regardless of show turnout. Unfortunately, she died way too young at age 30 in a plane crash. But she did leave us with a catalog of beautifully depressive tunes.

They changed the pace a bit with the blues rock track In Care of the Blues. The casual arm slaps of the stand-up bass matched the bassist’s head bops. The audience loved the rock vibe.

Then sadness came back around with their version of Why Can’t He Be You. With love-longing lyrics: “He takes me to the places you and I used to go / He tells me over and over that he loves me so / He gives me love that I never got from you / He loves me too, his love is true / Why can’t he be you.” It’s melancholy, yet whimsical. I couldn’t help but imagine the keys representing the colorful birds from classic Disney princess movies, in the background while the Princess sings for her Prince. I think we all secretly cried together.

“There’re so many more sad songs than there are happy songs,” guitarist Chris Hersch said. “That’s how we deal with sadness,” Woodsmith added. I concur.

They closed the first set with another classic Walking After Midnight. I could feel the vibration of people stomping their feet to the beat on the floor.

After a short break, Olsen came back on stage to share the complete lineup for the rest of the festival weekend. I was excited to check out Deer Tick the next day, but unfortunately, the singer fell sick the morning of the show. Once they announce the new date for the show, I’ll make sure to share that experience, as well. So stay tuned.

Say Darling came back on for a second set with their originals. They released their first self titled album last year. Although there are some reminiscent sounds to what we had just heard , their originals have a more R&B, Jazz, and blues rock coating.