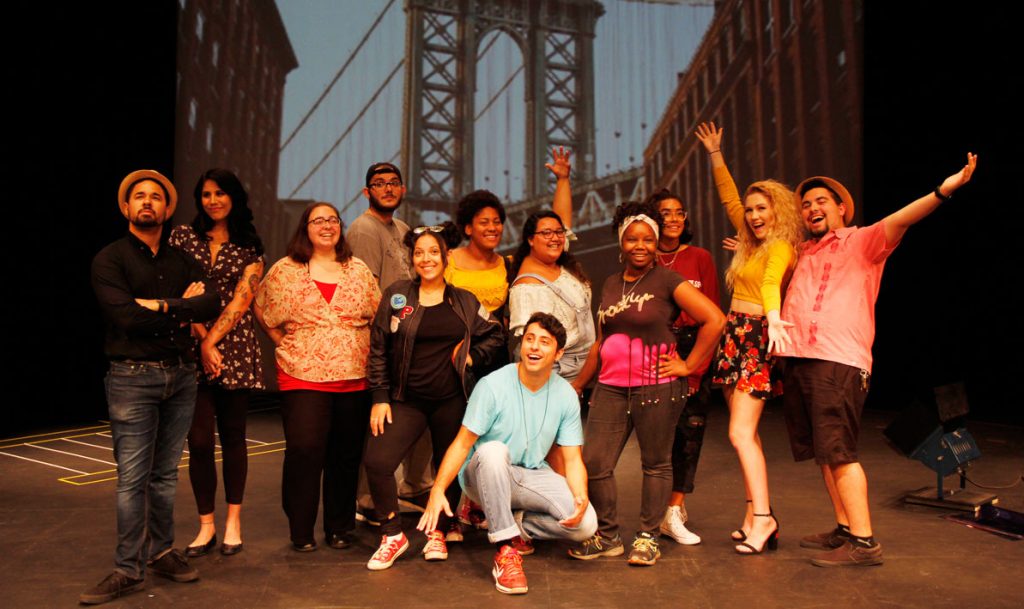 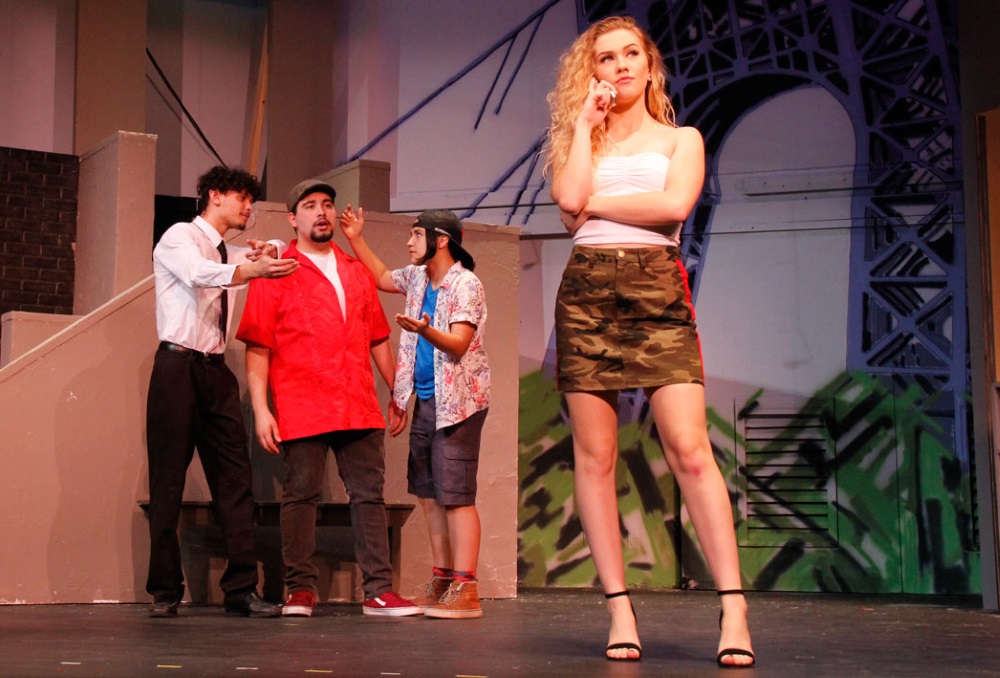 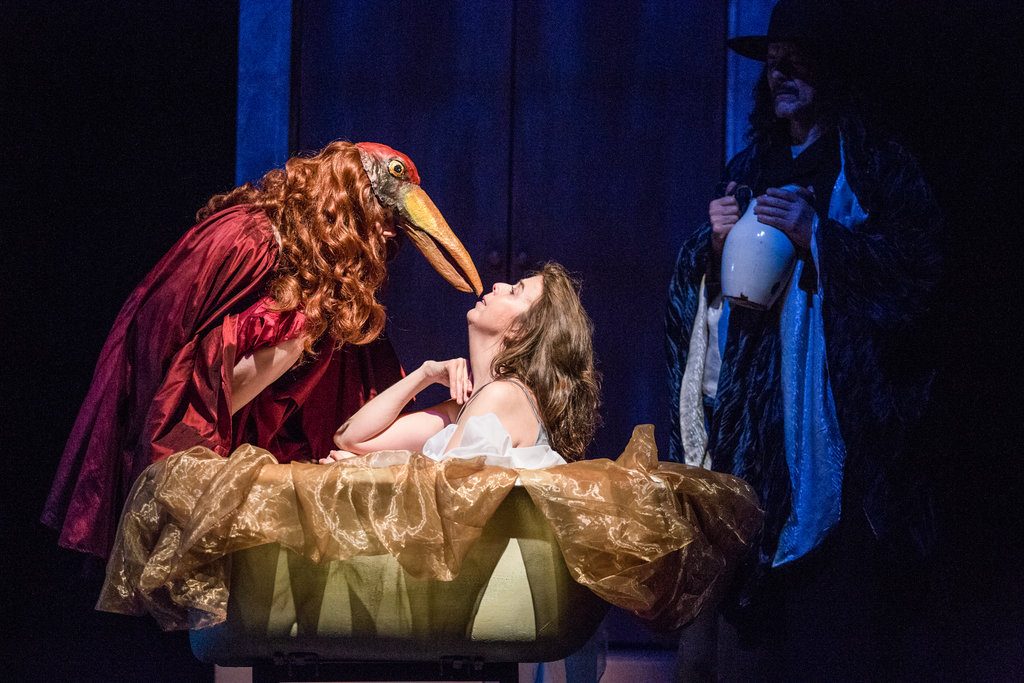 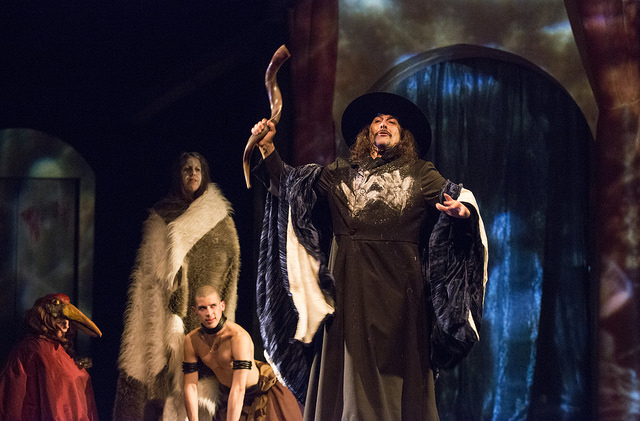 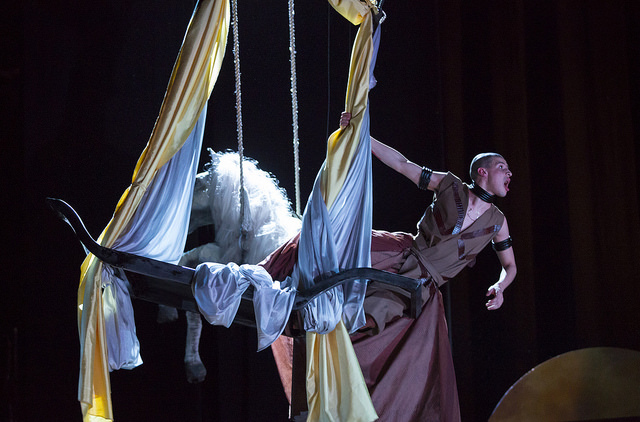 Two productions in the Valley this weekend and next share Latin American roots, and couldn’t be more dissimilar. One is a colorful musical celebrating a New York barrio, the other a surreal movement-theater piece celebrating two surrealists.

The sensational success of Lin-Manuel Miranda’s boundary-breaking Hamilton has almost made us forget his first Broadway outing. In the Heights, which hit the Great White Way in 2008, was also a multi-Tony-winning game-changer. As far as I know, it was the first major musical about Latinx characters written by Latinx artists (Miranda wrote the songs, in which salsa joins the Hamilton mix of hip-hop, rap and Broadway ballads, with a book by playwright Quiara Alegría Hudes).

I don’t know if the production that opens tonight at Holyoke Community College is a celebration of the show’s tenth anniversary, but as director Patricia Sandoval told me, it is definitely intended “to celebrate HCC as a Hispanic Serving Institution and to acknowledge, honor and celebrate the population in this city.” 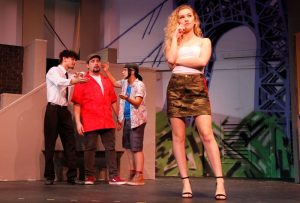 Though the play is set in the Washington Heights district of upper Manhattan and “brings to light the struggles, hopes and dreams of this community,” Sandoval says, it “could just as easily be set in Holyoke.” The cast itself presents a picture of the community, with locals, high-schoolers and alums joining HCC students in the 20-plus ensemble.

In the Heights follows the fortunes of three generations in a mixed Hispanic barrio – Dominican, Cuban and Puerto Rican – over three days during a blistering summer heatwave. Usnavi (Michael Borges) owns the corner bodega and serves as our narrator. Daniela (Rochelli Smith) is the proprietress of the hair salon that is also gossip central. Self-made businessman Kevin (Axel Cruz) runs a taxi service and is proud that his daughter Nina (Maya Kirsi) has “made it out” to attend Stanford, only to discover that she has dropped out of school.

The intersecting stories include a tentative love interest between Usnavi and hairdresser Vanessa (Ashley Morris) and Nina’s forbidden affair with Benny (Michael Luciano), who’s not from the barrio and doesn’t speak Spanish.

The show is a co-production of HCC’s Theater and Music departments, with musical direction by Ellen Cogen, and its collaborative nature is further reflected in its institutional partnerships. Support from MassHumanities and the Holyoke-based Massachusetts International Festival of the Arts (MIFA) has paid for orchestra players and a professional choreographer, Tiffany Joseph. On Nov. 30, Mount Holyoke College is sponsoring a symposium on the play at HCC, led by MHC professor emeritus Alberto Sandoval-Sanchez with faculty from the New England Consortium of Latino Studies.

Stacy Klein, founder and co-director of Ashfield-based Double Edge Theatre, says the company’s ongoing Latin American Cycle was inspired, three years ago, by an interest in the Franco-Chilean filmmaker (and all-round renaissance man) Alejandro Jodorowsky. “Yet as the 2016 election approached,” she says,  with “so much misogyny laid bare, I realized that I could not make any more performances without a woman as a central figure.” 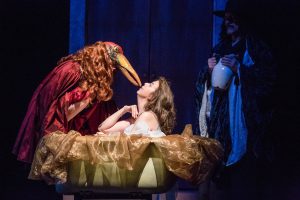 Thus her latest work, Leonora and Alejandro, which was premiered earlier this year and is performed in an intimate indoor setting at the troupe’s Ashfield farm, Nov. 9-11 and 16-18. It’s about Jodorowsky and the Anglo-Mexican painter/sculptor/mystic Leonora Carrington. The two met in Mexico City and worked together for some time, stimulated by a shared commitment to surrealism and experimentation. He sought her out, according to one source, because his Buddhist teacher told him he needed to explore his “feminine side.” 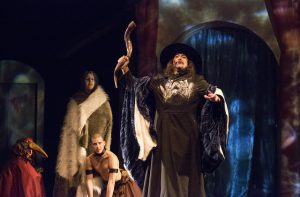 The subtitle of Leonora and Alejandro is “La Maga y el Maestro,” which could be translated “The Sorceress and the Auteur.” Klein describes the work, co-created with the Double Edge company, as depicting “the magic, mystery, and humanity” that suffuses both artists’ work. “Yet the way it is painted and imagined is without doubt mine and the ensemble’s own invention.”

The premiere of the one-hour piece last spring in New Jersey was praised by The New York Times as “a hallucinatory, symbol-heavy tour of Carrington’s fervid mind” that traces the porous border “between reality and dream, conscious and unconscious.” In the title roles are “the sensational Jennifer Johnson” and Carlos Uriona, “a hybrid of psychedelic magician and glam-rock shaman.”