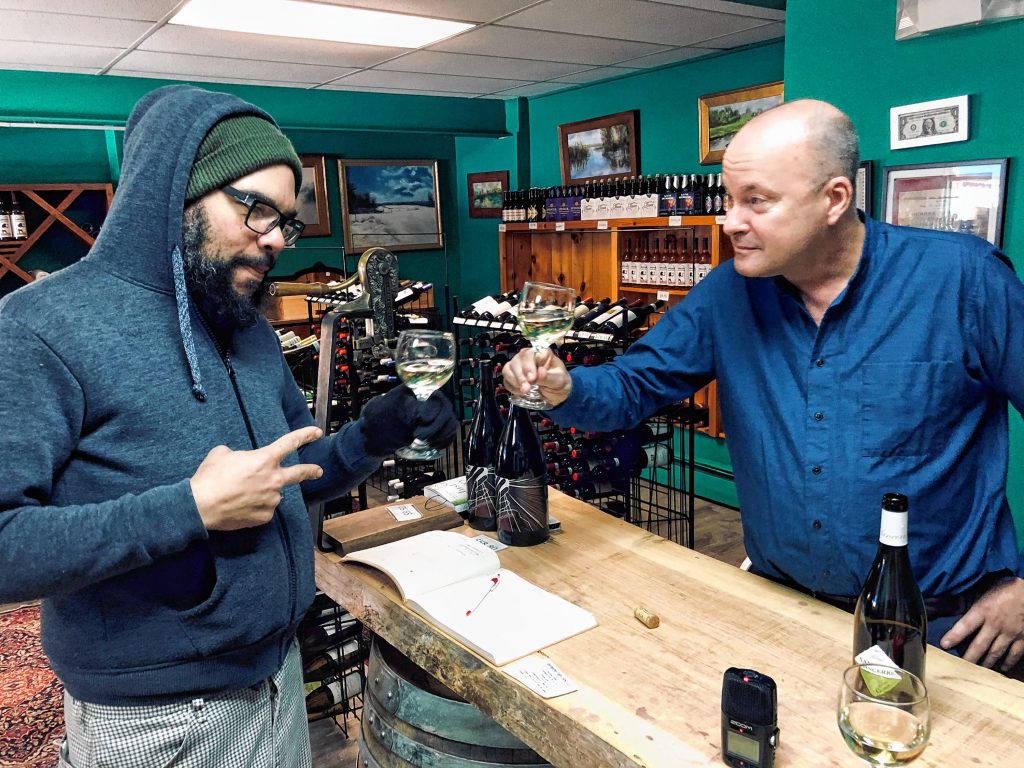 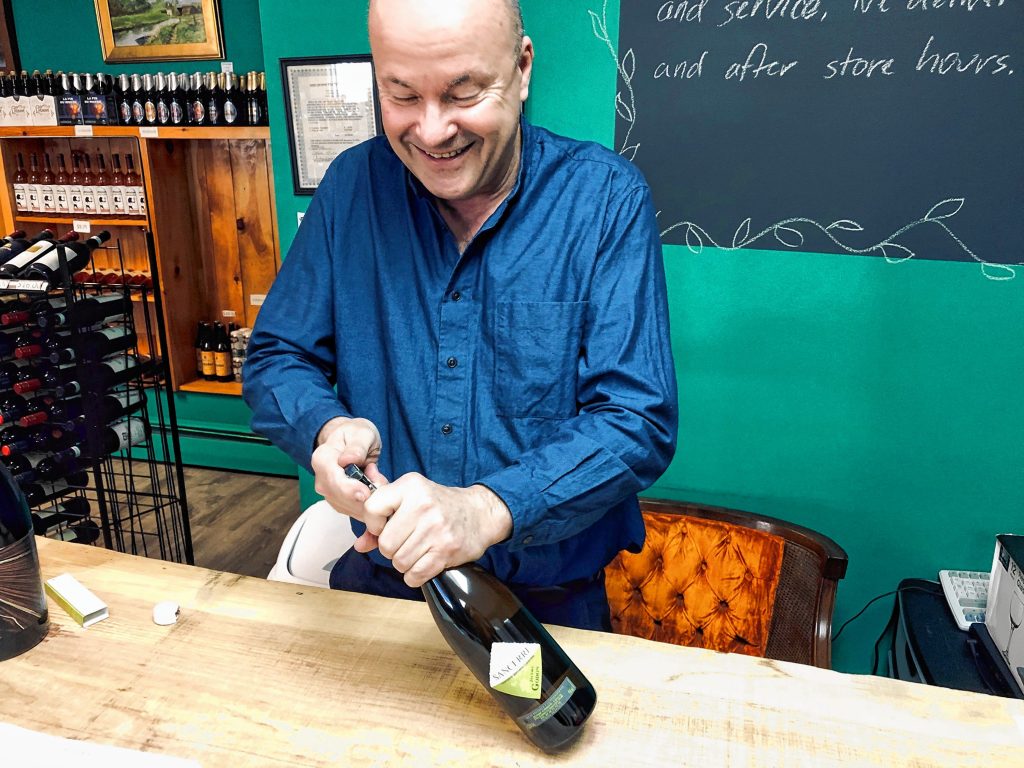 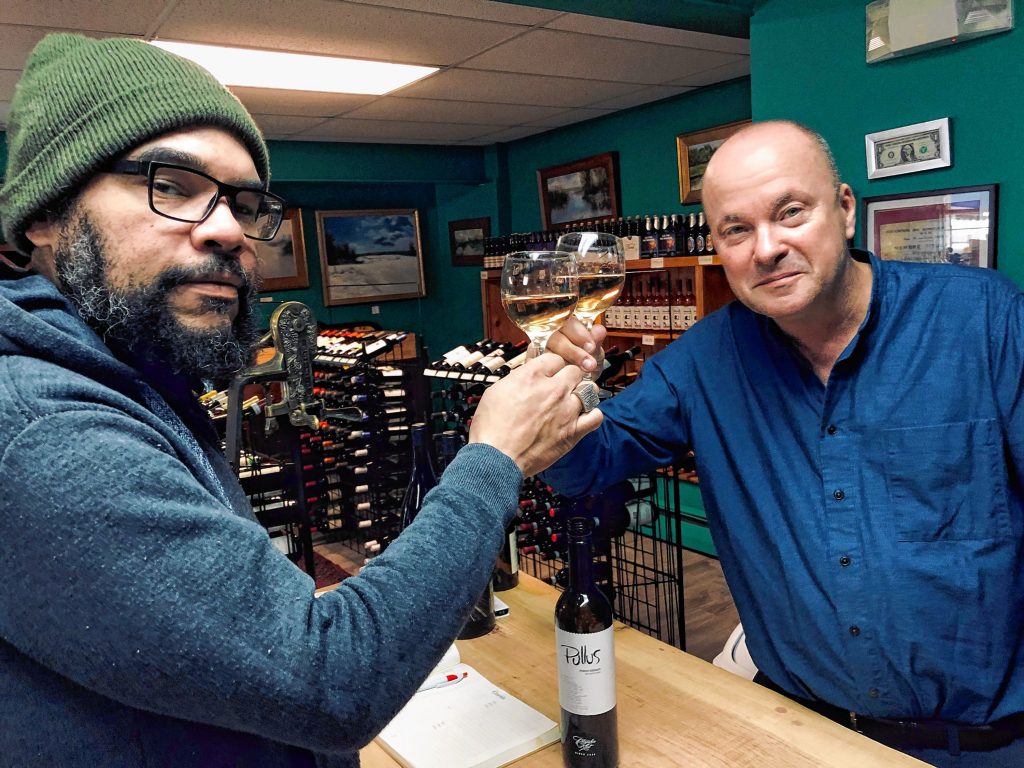 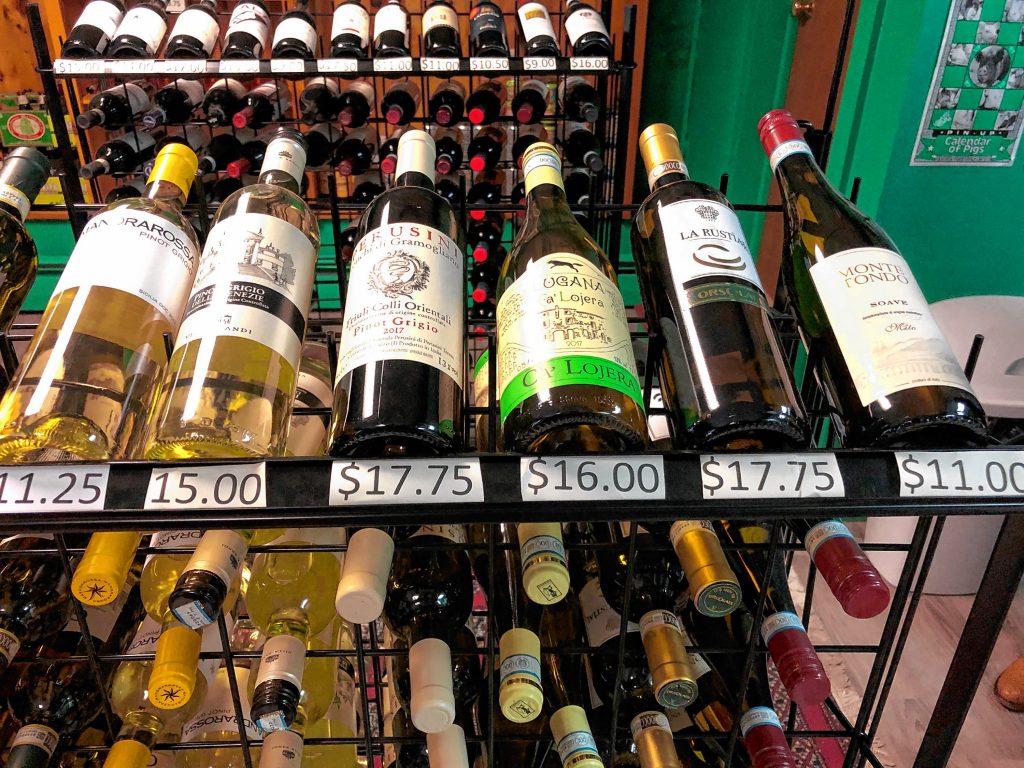 “I think we’ve kind of created, like, a black barbershop type of community.” A black barbershop may not be one’s first impression when walking into the new wine shop, Shelburne Falls Cork, but that’s how renowned local chef and newly pinned sommelier, Michaelangelo Wescott, who is black, describes this live active culture with a focus on fermenting that is fomenting right down the street from his restaurant, Gypsy Apple. Seeing as I don’t have hair and I’m not black, this is the only kind of black barbershop community I can be a part of. Chef Wescott and William Seibert, the owner of the bantam wine shop in Shelburne Falls, are endeavoring to build culture around The Cork. 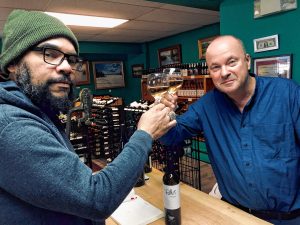 The scene at Shelburne Falls Cork is set with a comfy couch, a tete-a-tete kissing seat surrounding a coffee table, a beautiful map of the wine regions of France, wine openers and a giant wine corker.

“We’ve become really good friends.” Wescott says of Seibert. “We just took a little journey to Montreal. And had a really interesting time. We bought some really interesting wines. We basically just ate and drank. I crushed the shit out of that wine. We have killed many bottles.”

“I have met my match in Michaelangelo,” Seibert says. “I was inspired by your tasting notes in that Pinot Grigio article you wrote,” Seibert says of one of my older columns, “I’ve never read an article like that, unless it was by Dan Savage.” While I generally am unenthused about Pinot Grigio, I did write about one that exuded sex in the glass. If there is no sex in your wine, you are probably drinking the wrong wine.

“You, I assume, are someone who is sensitive to the prices of wine?” Seibert asks.

I am a cheap bastard. “Anybody with money can find a good bottle of wine. The expertise is… this.” And that’s Seibert’s goal with Shelburne Falls Cork. Taking his decades worth of experience and channeling it into finding quality bottles at fair prices for the customer. 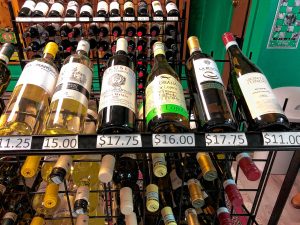 After being unimpressed with the inexpensive beer his friends and he were drinking during their teenage years in Manchester, Vermont, Seibert sampled a Portuguese rosé and fell in love. He soon made a pilgrimage to the West Coast to learn about wine and spent 11 years in California, starting in the mid ‘70s, where he worked exclusively in the food and beverage industry. “It was a glorious time,” Seibert says, “It was Alice Waters. It was Jeremiah Tower. Everything was new. I feel like I was really a part of that. Then I met a young lady from France and moved to France.” It was during his years in France that he honed his skills as a somm. Then it was off to New Orleans to work at Arnaud’s Restaurant, with a three-inch thick wine list. He worked as sommelier at the Blantrye in the Berkshires and at Manchester, Connecticut’s Cavey’s French Restaurant where he took care of 11,000 bottles.

But he returned to this area to take care of his 90-year-old mother. He was door knocking for the Elizabeth Warren for Senate campaign when he fell in love with Shelburne Falls. “It reminds me of a French village where I lived,” Seibert says. “A few years later I bought a house here and, after a couple of years, I started really getting bored looking for wine because there really wasn’t any good wine around. So, I bought myself a job. I feel very fortunate. I’m doing what I love. I’m doing it for myself. What more could you want?”

Seibert specializes in finding wines that are slightly off the well-trodden path. “I like wines from regions that most people don’t know about but are close to some of the more famous reasons. I have a Ventoux which is not too terribly far from Chateauneuf du Pape. It’s got the same grapes. It’s not the same but it’s very similar and it sells for $12. I have a wine from Italy that is a Nebbiolo. It’s from near where Barolo comes from. It’s not the same but it’s incredibly delicious for $16. This is what one must do in the wine business these days, fall in between the cracks and find what people don’t know about… yet. Because there are now a billion new people drinking wine from China and they are just learning so they are buying all the things everyone knows about — Bordeauxs, Burgundys. Spain, Portugal, Chile, Argentina — that’s where the best deals are. But he adds, “I am going to have a large part of my store be from France. I learned most about wine when I was a sommelier in France, so I prefer it and have the most of it.”

The goal of Shelburne Falls Cork is to create wine community without the snobbery. Chef Wescott says, “People that know about wine wear ties.”

“I’m not wearing a tie,” says Seibert. “There is no snobbism in this store ever. There is no stupid question. And there are no incorrect adjectives. You describe a wine however you want to and I’ll figure it out.” There’s also no some-odd dollars and .99 cents on the label. He has a Monastrel that is $9.75. Of the .99 cent labeling trick he says, “My intelligence feels insulted by that.”

As a gesture welcoming me into their Shelburne Falls Cork barbershop culture, Bill Seibert opens a bottle. “I want to see what you think of our Sancerre,” Seibert says to me. I’ve entered their Sancerre sanctum. In my estimation, the tell-tale sign of Sancerre — a region in the Loire of France with their white wines made predominantly from Sauvignon blanc — is that Sancerre smells tangy, acidic, with a hint of yeast.

“I love that smell,” Michaelangelo says.

“You know that is going verbatim into the column, right?” I add.