Stagestruck: Curve of the Season 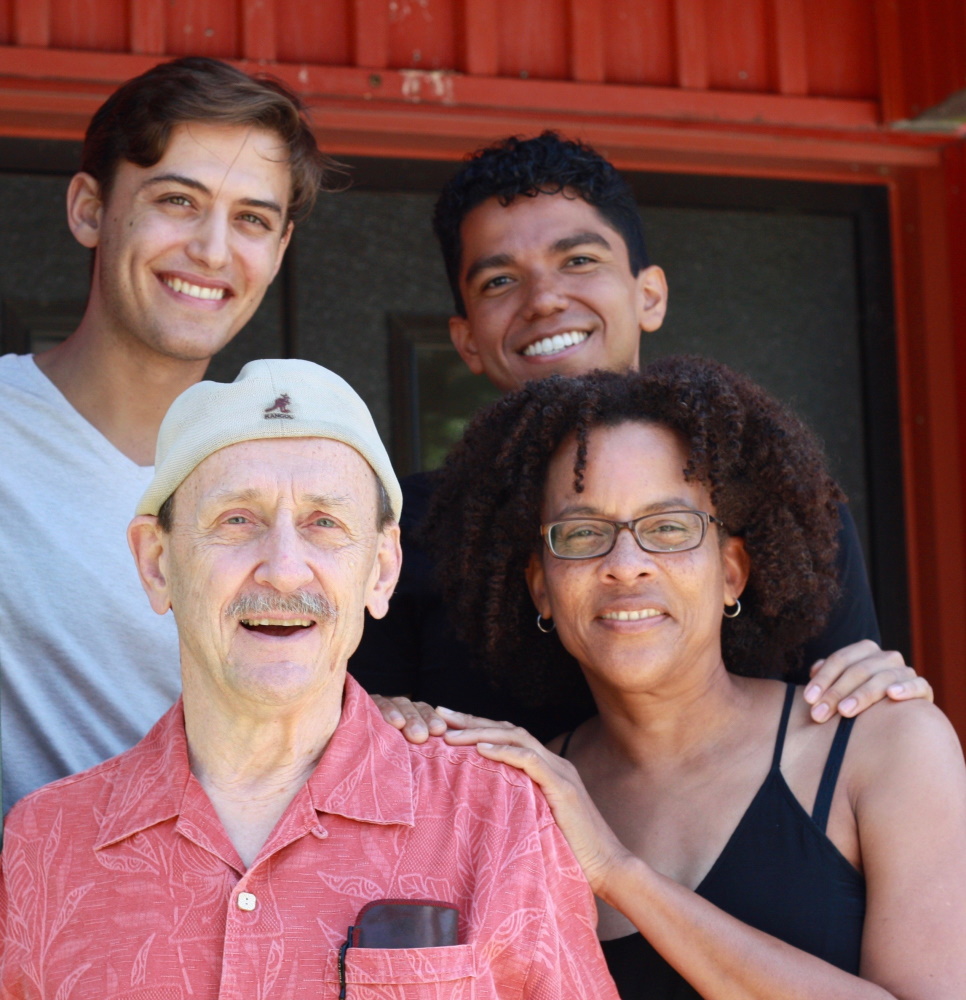 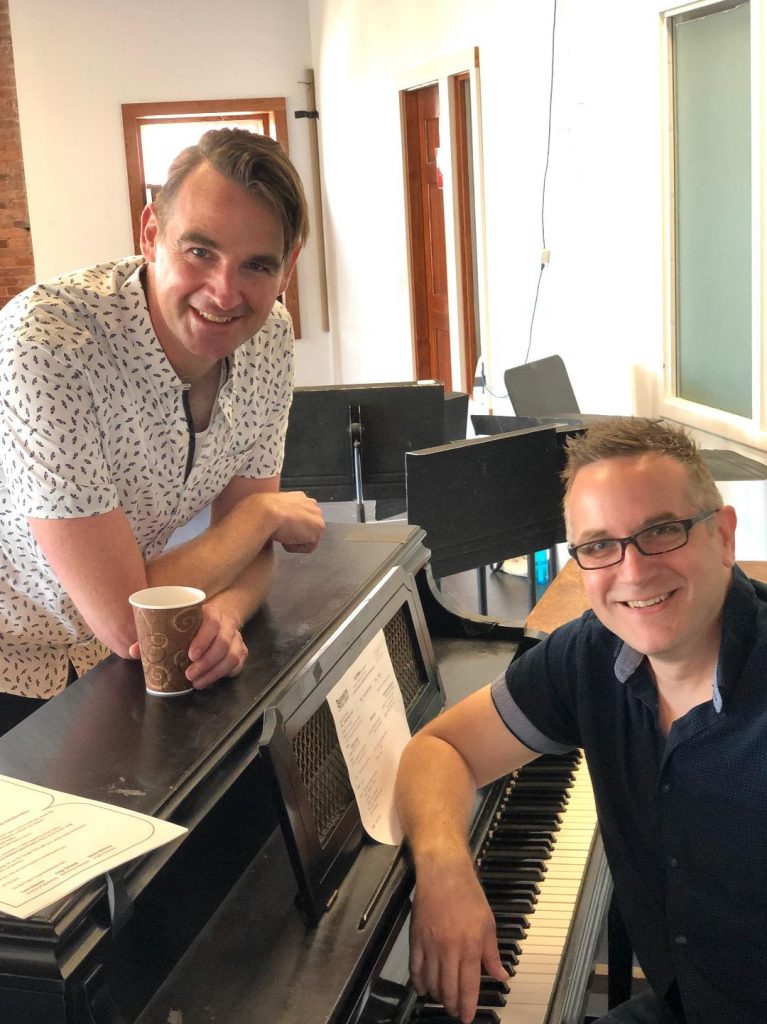 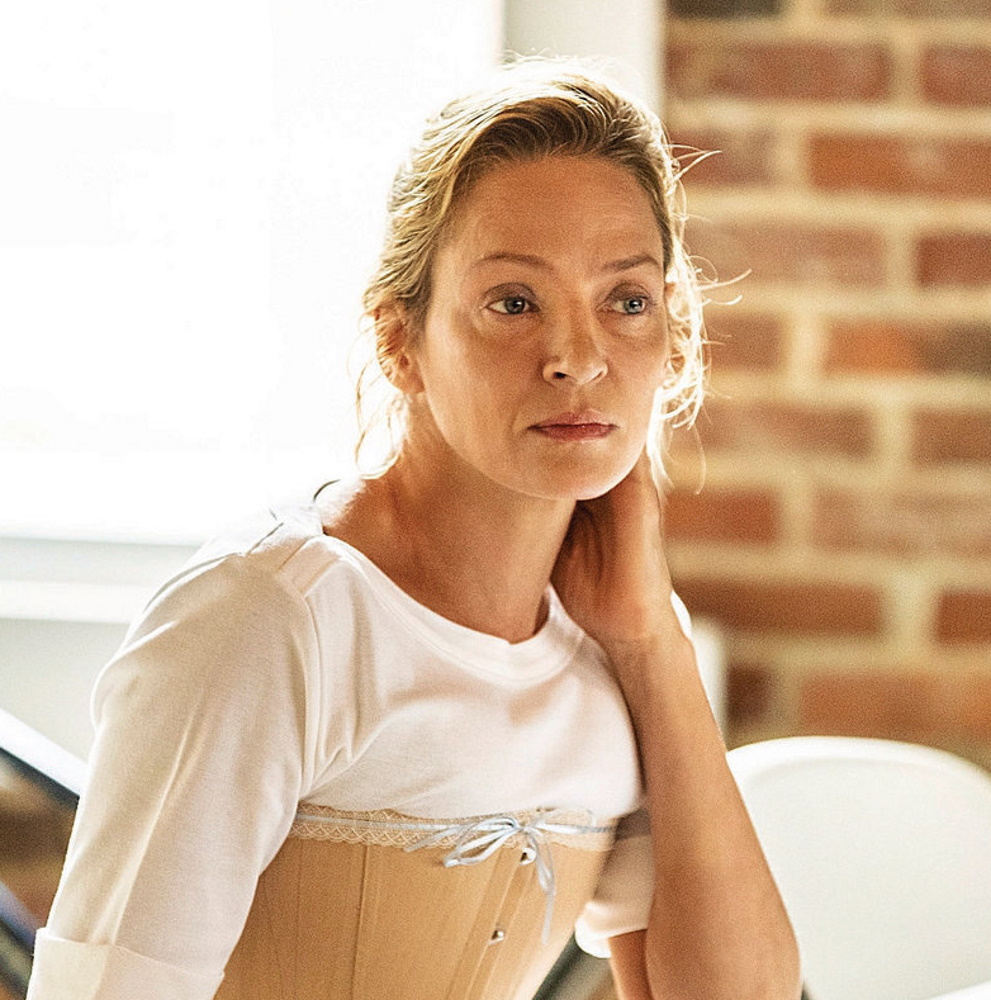 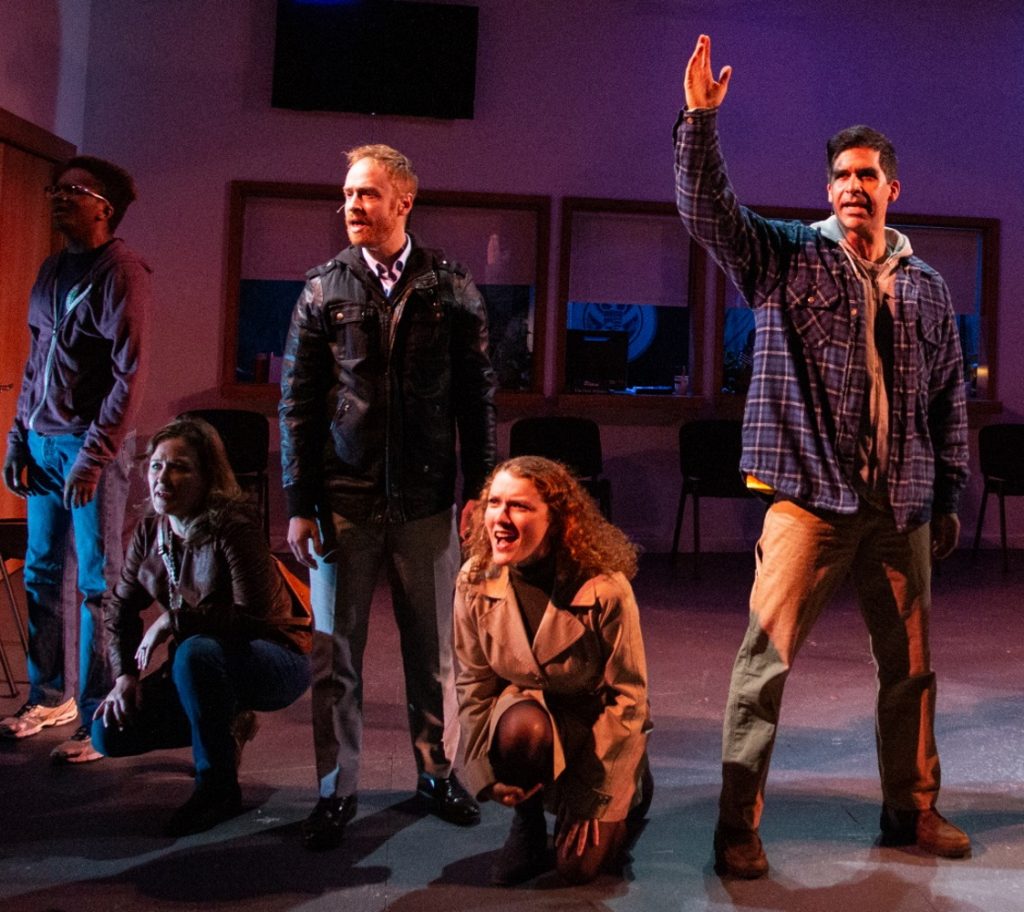 Summertime is winding down, and so is the Valley’s theater season – but not quite yet. Chester Theatre Company opens its final show this week (see below), Double Edge Theatre continues the month-long run of its perambulating epic I Am the Baron (reviewed here), and next week Hampshire Shakespeare Company’s youth troupe makes its own #MeToo statement with Measure for Measure. In the Berkshires, where the Big Four theaters are opening new shows this week and next, there’s no winding down at all.

But first, Chester Theatre Company, where Rachel Bonds’ Curve of Departure receives its New England premiere (Aug. 8-18). The piece has been described as “a play about the moments you decide how much you will give to someone you owe nothing to.” It takes place over 75 uninterrupted minutes in a claustrophobic New Mexico motel room, where family members have gathered for the funeral of a not-so-dearly departed relative. 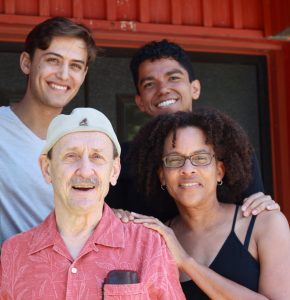 “I’m in love with Curve of Departure,” Daniel Elihu Kramer, Chester’s artistic director, told me recently. “So many things about the play feel right, and rare.” It’s “utterly villain-free,” he said, but not without conflicts. “It puts an American family – American in so many different ways – on stage and respects and cares for every one of them.”

Chester’s publicity calls the play “a multi-faceted, multi-generational picture of family life,” but doesn’t add “multi-racial.” And indeed, the characters’ ethnicity is almost incidental. But if you, like me, are grateful for shows that put people of color onstage, this one has three. A pair of well-remembered performers from previous Chester seasons – Ami Brabson (Skeleton Crew) and Paul Pontrelli (I and You and The Aliens) – are joined by newcomer José Espinosa. And while we’re tallying “minorities,” two of the characters are gay. 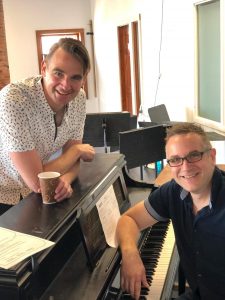 Another play that brings together a far-flung family with an aging patriarch is If I Forget, at Pittsfield’s Barrington Stage Company (Aug. 1-Sept. 8). It’s by Steven Levenson, who wrote the book for the hit musical Dear Evan Hansen. The seriocomically troubled characters in this one are American Jews at odds over politics and culture, history and religion during the Palestinian Intifada of 2000.

I’ve been looking forward all summer to Fall Springs, a world premiere musical on BSC’s mainstage (Aug. 9-31), for two reasons: because the show, by Niko Tsakalakos and Peter Sinn Nachtrieb, is the product of the company’s adventurous Musical Theatre Lab, and because of its whimsical plot, wrapped around a serious subject: fracking. It seems that the cash-strapped village of Fall Springs is sitting atop the country’s largest deposit of “cosmetic essential oils,” the reckless extraction of which can make the town (1) rich and (2) a giant sinkhole. 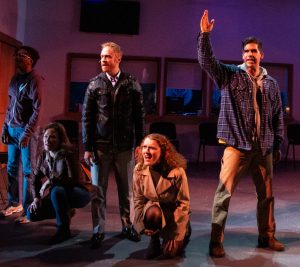 Two more musicals are on the Berkshire Theatre Group’s stages. Working, a must-see ensemble musical drawn from Studs Terkel’s classic compendium (reviewed here), continues through the 24th at the Unicorn Theatre in Stockbridge. And BTG’s Colonial Theatre in Pittsfield has Shrek: The Musical (through Aug. 17), performed by “over 100 talented Berkshire youth.”

Opening this week on BTG’s Stockbridge mainstage (through Aug. 31) is What We May Be, by Kathleen Clark, whose romcom In the Mood debuted here in 2011. This one, also a world premiere, finds “a tight-knit group of actors, facing their final performance in their beloved and closing theatre, confronting the reality of their relationships to the stage and to each other.” 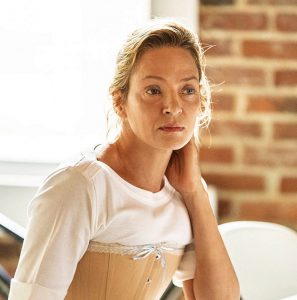 Williamstown Theatre Festival closes with what may be the summer’s hottest ticket – and that for a revival of a 140-year-old play. Most of the heat rises from the presence in the lead role of movie star (and Amherst native) Uma Thurman, but I hope it’s also because Henrik Ibsen’s Ghosts (through Aug. 18) is a can’t-look-away drama that resounds with contemporary echoes. Its themes, which scandalized proper Norwegian society in 1881, run from incest and venereal disease to spousal abuse and sexual double standards.

WTF’s experimental Nikos Stage hosts the premiere of Before the Meeting (though Aug. 18). Set within the supportive circle of an early-morning AA meeting, Adam Bock’s play follows a sobriety-seeking group whose backstories make the day-by-day even tougher.