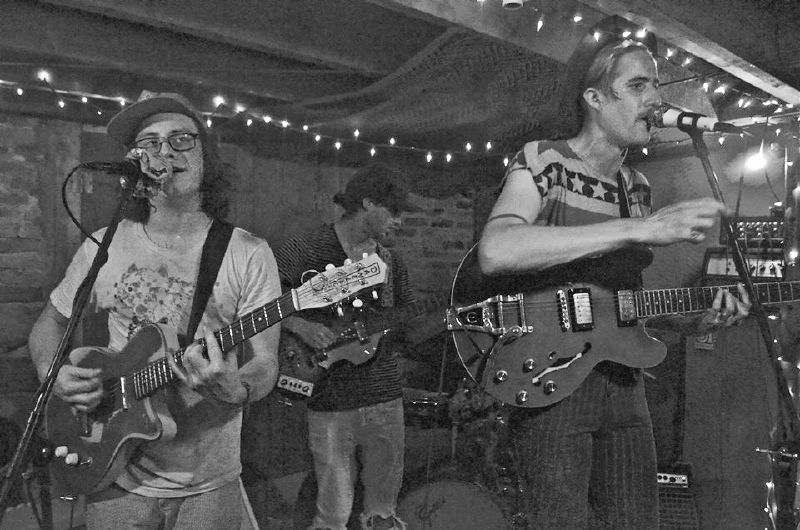 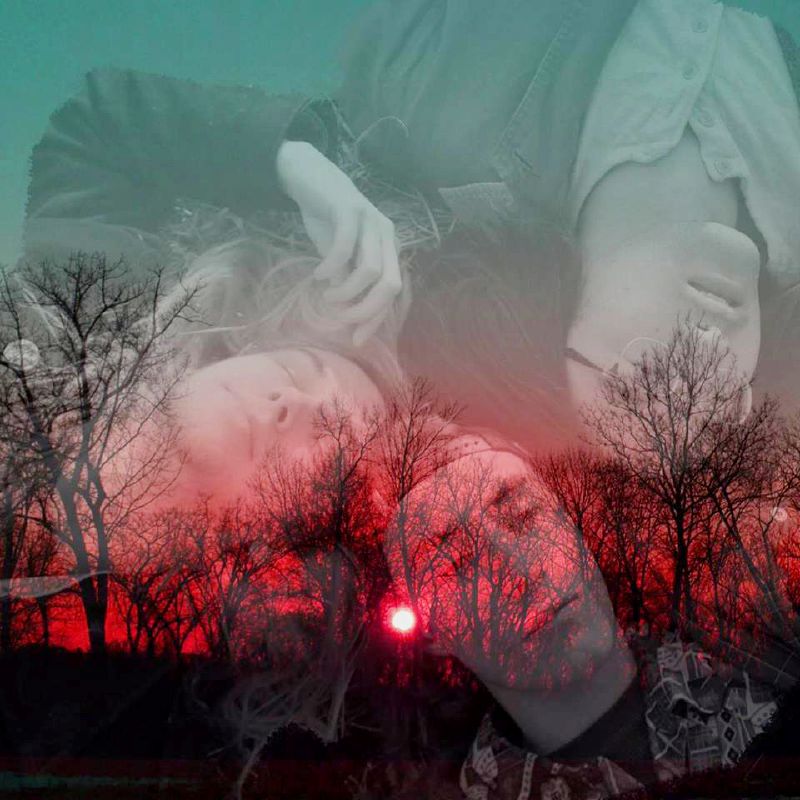 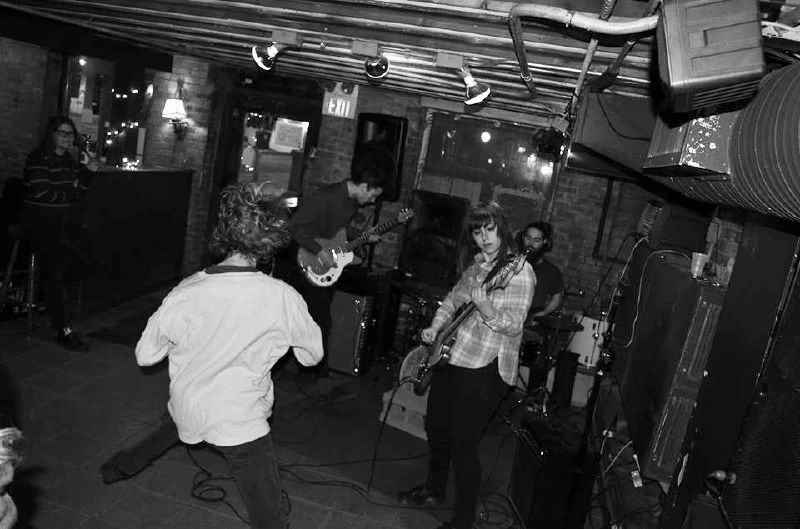 Earlier this month, the inconceivable happened. I got word that my friends were playing a punk show in the Hampshire Mall, in the sports bar arm of “PINZ”— a combination boutique bowling alley, arcade, and faux-industrial looking bar decorated with enough flat-screen TVs to give you a headache; the type of place that probably sells super overpriced buffalo chicken fingers or something. It was the last place I would have never imagined seeing a DIY show, let alone a psych rock and a punk band (who sing about Nancy Reagan) that are usually maligned to basements.

But it turned out that Sun Parade was headlining a free show at PINZ with Phenomena 256 and Smartyr, and I decided to go for the novelty and stay for the music. 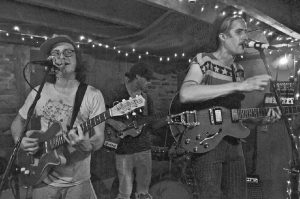 The historical relationship between the indoor shopping mall — the apogee of 20th century consumerism — paired with alternative music — and the commodification of youth rebellion — birthed a paradoxical yet synergistic relationship that climaxed at the turn of millennium: in the form of a genre known as “mall punk.” When “selling out” was still frowned upon in the underground, pioneers of said genre (on the Blink-182 Good Charlotte continuum) broke out of the metaphorical basement and into sold-out stadiums, establishing once and for all that punk music and culture was something you bought — at the mall.

While this development may have vexed the male critics of the day who begrudged the genere’s pop appeal, the music attracted many who didn’t have a place at punk’s table, including young women, girls, and me as a tween. Boy did I love Sum-41, Good Charlotte, and my local alt-rock station as a kid. It was through this hyper-commercialized “culture industry” — as academic marxists often dub it — that I learned how to discover bands, define my taste (and individuality) through music, and buy CDs at Best Buy with “parental advisory” labels that I would hide from my parents (to later learn that they could care less I listened to swear words). 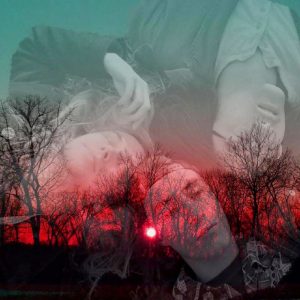 The single-story Hampshire Mall opened in 1978, in an era where suburban living demanded the proliferation of these artificial indoor town squares bound by commerce. It was the shopping mall that carved out an idyllic, serene place to shop and exist in a (kinda) public space — insulated from the noise and hassle of the big city and its youthful rowdiness. Although capitalism has long tried to bottle up, sanitize, and commodify youth culture since forever, the late ‘90s/early-aughts mall punk (in)version of this trick helped to haul the symbiotic relationship between consumerism and alternative culture all the way to the bank: proliferating Hot Topics and FYE CD shops that sold both music and a lifestyle.

But the mall’s place in American culture is losing its grip on the market as retail and big-box stores like Borders and Best Buy become footnotes in history’s dustbin and business moves elsewhere. There, too, went the bands that defined the mall punk era. Today the Hampshire Mall seems to be on a never-ending quest to reinvent itself; plush with laser tag, a go-kart track, said bowling alley, and enough DIY bands to get me in the door, buying beers through a gaze of ironic nostalgia — secretly hoping that my band will get to play PINZ, too.